[This article is part of a series of Food+Tech Connect 2011 Trend Reports.  Others in the series include Where Does Your Food Come From? and Meaty Opportunities for Tech]

The home cooking experience is undergoing dramatic changes, in part thanks to the iPad, e-book readers and mobile phones.  In 2011, publishers, bloggers and startups embraced the web to make it easier for people to find recipes based on their personal tastes and preferences. In the process, recipes and recipe recommendation became more social, interactive, and personalized. With the abundance of recipe content and data on the web, curation is becoming increasingly important for consumers looking to make sense of the noise.

The following is a detailed look at the world of recipes in 2011 and our predictions for what’s to come.

Spoiled by Netflix and Amazon, in 2011 it became clear that people also want curated and personalized recipe content. Technologists and researchers dug in deep to figure out how to make that a reality.

In February, Google launched a recipe search feature to improve their response to the one billion recipe queries they receive a month.  Yet, unlike more advanced search engines like Yummly who reached over 2 million monthly uniques by allowing for more granular filtering, Google still only allows users to refine their search by ingredient, cooking time, and calories. Amanda Hesser wrote about how their search favors larger websites with the resources to prioritize SEO. The feature is largely seen as a failure by the digital recipe community. 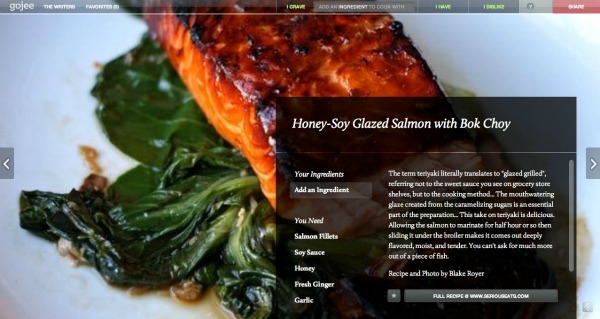 Recipe curation site Gojee launched in July, featuring high quality, hand-curated recipes from top bloggers. The site makes recommendations based on the ingredients a user already has in their “pantry” by linking to their supermarket loyalty card or from what they manually input. Gojee’s popularity among consumers and the media is attributed to the simplicity of the website. Gojee is also one of the few companies that raised money this year.

Punchfork launched with a whole new approach to recipe recommendation and discovery: leveraging social data to personalize search. The site aggregates participating publisher’s recipe mentions across Twitter, Facebook, and StumbleUpon and assigns each recipe a score based on how many times it’s been shared. The idea is that the more a recipe is shared across social networks, the more likely it is worth trying. 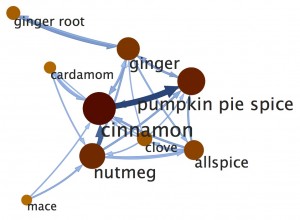 Recipe Recommendations Using Network Analysis, a study by University of Michigan Associate Professor Lada Adamic, Chun-Yuen Teng and Yu-Ru Lin, analyzed Allrecipe.com‘s 46,337 recipes, 1,976,920 user reviews, and data from approximately 530,609 users to understand the fundamentals of cooking and user preferences. Among the study’s findings were that user comments are a largely untapped source of insight about ingredient combinations and optimal substitutions.

Social networks for home cooks matured in 2011 to accommodate the needs of their growing communities. Many launched mobile products to make it even easier for users to share their cooking experiences with their networks.

Two and a half years ago, Food52 was created to produce the first ever crowdsourced cookbook. In the process, a rich community of home cooks organically emerged. In 2011, Food52 launched a newly designed site focused on discovery, inspiration, and engagement to better accommodate this community. They also launched the Food52 Hotline app, allowing users to get personalized answers for all their cooking questions from experienced home cooks and food authorities. The app is powered entirely by the Food52 community.

Foodily is also attempting to get more social with the launch of their first iPhone app, which allows users to take photographs of their dishes and post them on Facebook. The app includes a photo enhancement filter to improve photo quality- a must for foodie content producers.

More recently, Evernote launched Evernote Food, a free app that allows users to record their food experiences – restaurant dishes, recipes, diet, and other nuggets of information – in a visual, timelined, and tagged format.

Others like  Recipe Relay are using the web to iterate and crowdsource recipes, while exploring local food systems.

This year, a number of websites set out to help consumers access recipes and shopping lists wherever they are and through a variety of platforms. 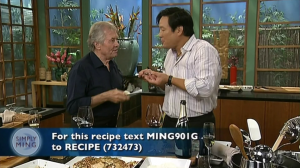 Ziplist, the online recipe box and grocery shopping list service,  launched several new services to make it easier for users to find and save recipes from any property using their technologies. The service goes one step further than others in the market by adding ingredients to a users shopping list. One such service is text-to-RECIPE , a technology that allows viewers of select television shows to save featured recipes to their account by simply texting the show’s code, instead of searching the show’s website.

Other social recipe bookmarking sites that launched this year include include Foodfolio, CookItFor.Us, KeepRecipes, and Evernote Food.  Paprika launched a bookmarklet feature and Yumm launched an iPad app.

Publishers are being forced into looking for new, interactive ways to engage consumers and to put out content in digital time, rather than the typical two year time frame for traditional publishing. Simply having a website is no longer enough.

Chronicle Books went digital this year with four food and drink apps. When asked why, publishing director Lorena Jones answered, “The user reviews, social media components, and app-driven traffic to our website, Twitter, and Facebook enable us to develop a direct connection to the consumer so we can better understand their preferences and know what they want us to publish.”

Other traditional publishers are finding themselves venturing into the app and e-book space as well. Knopf Doubleday Publishing Group, for example, released Julia Child’s Mastering the Art of French Cooking as an e-book this past fall. Random House recently partnered with Epicurious to sell digital cookbooks through their app.  Publishers are also partnering with aggregator sites like Punchfork and bookmarking tools like Ziplist and KeepRecipes to spread their content.

The Most Interesting Business Models

With all this activity, it’s surprising to see that very few – three companies to be exact – were funded this year according to crunchbase.  2011 was a year for experimentation when it comes to products and business models. It will be interesting to see what comes of the following approaches:

This year Food52 published  Food52 Holiday Recipe & Survival Guide, which they created in 9 weeks from start to finish, using their site’s contest system to crowdsource recipes. One of the most innovative features of this app is the ability to purchase a number of the ingredients and cooking tools directly from the app. The app is available for $9.99 on iTunes. Food52’s Amanda Hesser said the project broke even, a rarity in book sales.

With the site’s redesign, they also launched Food52 Offers, collaborating with local and national shops and artisans to provide their community with exclusive Food52-curated products, services, and packages.

Like media websites, monetizing a recipe website is immensely challenging, with most relying on advertising. Punchfork is taking a different approach by offering paid access to their API, which allows developers to easily integrate recipes from all of Punchfork’s participating publishers into their own website or app.

Ziplist’s data about what users are searching for and purchasing across multiple properties gives them the ability to help advertisers provide consumers with more relevant advertisements, coupons, and other offers. “There is no better indication of purchase intent that a user putting something on a shopping list,” commented Ziplist Founder Geoff Allen in an interview earlier this year. “The ad inventory we create by helping consumers do this is quite attractive to advertisers.”

Publishing company Meredith bought EatingWell Media Group and launched Recipe.com to expanded its food media business. CEO Steve Lacy commented in a TechCrunch article that food is one of their top advertising categories, serving “the 75 million American women they engage every month.” According to the article, digital sources, licensing and custom marketing make up more than 60 percent of EatingWell’s revenues.

In the future, Punchfork hopes to leverage data about a user’s tastes to provide them with targeted coupons and other offers. Foodily also plans to explore opportunities to monetize by offering personalized deals and coupons targeted to users’ tastes based on their Foodily activity, said CEO Andrea Cutright, in an article on GigaOM.

Cooking.com raised $13.5 million in growth capital financing to accelerate their “Powered By Cooking.com,” which will allow branded partner stores to use their e-commerce platform to sell kitchen products.

Gilt Taste blends editorial content, recipes, and an online marketplace of ingredients from top food and wine artisans. They are Flipboard’s first and only shopping feature, allowing users the ability to purchase ingredients directly from the recipes and articles they are reading.

Lilly’s Table, a weekly subscription service that offers seasonal recipes and meal plans, makes it easier to incorporate local ingredients into your cooking by providing a weekly meal plan of seasonal recipes along with a host of other interesting offerings including a customized shopping list and ideas on how to use leftovers.

There are a number of similar services popping up like Feast Upon and Freshocracy.

1.  Recipes and cooking will get even smarter, easier, and more cost effective for the average home cook as technologists figure out how to better digitize the cooking experience. Books such as Modernist Cuisine and  The Family Meal: Home Cooking With Ferran Adria provide a wealth of detailed data about cooking process, and are just waiting to be digitized. Foodpairing, an online tool for food industry professionals to create new combinations of ingredients for dishes or drinks, is a great example of the kinds of technologies that will power future online recipe tools.

In the video to the right, Will Turnage, developer of Michael Ruhlman’s Bread Baking Basics and Ratio apps, talks about what he envisions for the future of recipes.

2.  Health and sustainability will be more prominently featured in existing and/or new sites and apps. This may include a focus on traceability or “knowing where your food comes from.”

3.  Business models behind recipe-related websites and apps will get more interesting as people explore ways to link recipes with the actual purchase of ingredients, to offer services and products, and to begin syndicating content to service providers or e-commerce sites. Given that there was very little investment in the recipe space in 2011, this will be increasingly important for those sites looking to scale in 2012.

4.  Learning how to cook recipes will get more interactive as publishers and websites use services like Google+ Hangouts to facilitate easy and inexpensive video conferencing.

5.  We are going to see more smart, connected appliances over the next year.  Samsung, for example, launched the App Fridge this year, featuring 8 apps including the Epicurious app that allows consumers to search for recipes right from the LCD screen located on the refrigerator.

For more ideas on the future of recipes and cooking check out Hilary Mason, Will Turnage, Jeff Miller,  and Emily Cavalier’s responses to the Hacking the Food System Series. A number of ideas were also explored at The Social Kitchen Panel during the NYC Internet Week FOOD 2.0 series Food+Tech Connect hosted.

Don’t miss our other 2011 trends reports on meat+ Tech and traceability.