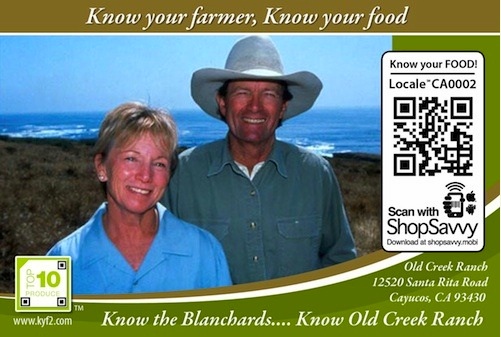 Speculation on 2012’s food trends are everywhere, from the newest “ethnic flavors” to the next super berry.  But more interesting are the ways experts see technology playing a role in the food industry and how it will help consumers in the marketplace.

Over the past few weeks, Food+Tech Connect analyzed three important food+tech trends of 2011 and made predictions for 2012 about the evolution of recipe websites and publishing, the huge opportunities for technology in small scale meat production and distribution, and the drive to know more about where food comes from.

Phil Lempert, CEO of The Lempert Report and known as the “Supermarket Guru,” also created an insightful and relevant list of predictions for 2012. Below is a summary and analysis of some of his ideas (#3 is missing, for example, as it was not directly tech related).  To read his article in its entirety, see 2012 Food Trends to Watch.

As food prices continue to rise, Lempert says consumers will use more “saving tactics” like coupons and frequent shopper cards – made available via mobile and social media. The statistics he discusses in his analysis are intriguing:

“Just as the younger generation uses social networking as part of their everyday lives, expect this generation to be the “forever frugal consumer” using more coupons (higher than any other demographic) and searching for deals online (63% spend three hours or more doing so each week – double that of any other group).”

In addition to a greater focus on savings, Lempert expects home cooking will also continue to increase as a result of the high price of food (a trend he lists separately as #8 – Xtreme Home Cooking).

The combination of these two trends means an opportunity to link recipes with the grocery shopping experience – an idea reiterated by Gourmet Ads’ Advertising Trends 2012. “I would say nearly every RFP we received requested some sort of recipe integration as part of the media plan,” states the company’s trend report.  In fact, the Gourmet Ads began its own recipe site, RecipeBridge.com, to allow their clients – including General Mills, Kraft, Starbucks – to brand recipes to increase sales.

At Food+Tech Connect, we reported on the increased emphasis on linking the purchase of products to recipes, as evidenced by Food52 and Gilt Taste, and believe too this will be a rapidly expanding trend in the coming year.

Lempert also predicts social media will increasingly be used to bring people together around food.

The rise of food blogs has set a foundation for group food experiences. Food trucks tweet their locations and flash food raves assemble underground at midnight. And it is not about the food. It is about connection, conversation and a sense of community.

We agree with Lempert’s prediction. Last year we interviewed startups Grustwithus and Housefed, both of whom are using technology to connect people online so that they can connect offline over food.

Trend #4: Increased emphasis on the “Farm to Fork” journey

Shoppers have become increasingly interested in knowing where their food comes from, which is why 2012 will bring an added emphasis to a different kind of food celebrity – the farmer. Last year we saw sales flourish among grocery retailers who jumped on the movement among consumers to “buy local.” In this age of transparency, interest in the farm to fork journey has grown considerably, inspired in part by food safety scares and more importantly by a desire to know how the food we are serving our families is being produced.

While Lempert cites the U.S. Farmers and Ranchers Alliance as an example of this kind of farm to fork connection, Food+Tech Connect recently reported on the ways in which innovative startups are helping to create authentic transparency in the food system.  Online and mobile services working to make food easier to track – not just for safety’s sake but to address consumers’ desire to know more about the food they are eating – will gain attention in 2012 and well beyond.

Trend #5: The end of the checkout lane

“Many shoppers are learning to appreciate the tech-savvy nature of self-checkouts, comparing prices at nearby retailers, cell phone scanners, in-store interactive media devices, QR codes….For many shoppers high-tech adds to personalization with suggested purchases and targeted offers based on their histories in the store, which is typically delivered in a functional way. A change is about to happen where high-tech meets high-touch in a warm and friendly way…”

Lempert sees such technology as a way for shoppers to compare prices and to be targeted by brands.  But this trend is far more powerful when tied to his prediction above in #4.  We have reported on how the very same codes used to track consumer preferences can also be utilized to provide detailed information about where food comes from, the conditions under which it was grown, and by whom.  Combined, these two trends have the potential to disrupt the food system, and to change the food system forever.

About the Author
Beth Hoffman has reported on food and agriculture for ten years, airing on NPR, The World, Latino USA, Living on Earth, KUER and KALW , and studied the food system in depth as a fellow and co-lecturer in the Africa Reporting Project at UC Berkeley’s School of Journalism. Hoffman competed a year long documentary project cooking with immigrant women in their homes, has traveled to India, Uganda and Ethiopia to report on rice production and chicken farming, and did a multipart series for KUER on the artistic, cultural and environmental connections we have to food. In addition to spending many hours on-farm in Utah, California and abroad, Hoffman also married into an Iowa farm family and is currently working with her husband to slowly convert the land into a sustainable orchard and hog farm. She currently lives in Albany, California. Hoffman’s previous work can be found on her website at bethaudio.com.
Previous Next
2012 food predictions, buy local, cookbooks, coupons, farm to fork, food safety, food startup, food startups, food tech startup, food52, frugal consumers, General Mills, Gilt Taste, Gourmet Ads, grocery shopping, home cooking, know your farmer know your food, Kraft, meat distribution, meat production, Phil Lempert, publishing, Recipe Bridge, recipe sites, social networking, Starbucks, Supermarket Guru, technology innovation, The Lempert Report, Tools, transparency, Trends, where your food comes from