Will Turnage on Hacking the Food System: Re-Imagining Recipes With Data

My current work focuses on creating software that improves the home 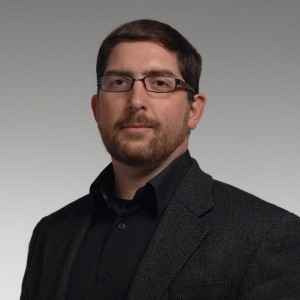 cooking experience. Over the past two years, I’ve worked with food writer Michael Ruhlman, and together we’ve started simple and small and released two products. First was Ratio, a digital companion to his book Ratio: The Simple Codes Behind the Craft of Everyday Cooking. The second, released earlier this year, was Bread Baking Basics, an iPad app that lets you design your own bread recipe — choose a flour, shape, pan, and quantity — and a custom bread recipe is automatically created for you.

What sets the Bread app apart from most other cooking apps is that we’ve used technology to re-think the notion of a recipe.

Most recipes are static lists of ingredients and instructions. They can help you make one really yummy dish, but that’s it. If you want to double a recipe, you have to do the math yourself. If you have to make a substitution then you have to find that information elsewhere and incorporate it yourself. And if you’re trying to make dinner from three separate recipes, good luck trying to organize all those steps into one coherent plan of action.

I would never expect a cookbook on my shelf to do any of those things for me. But an iPad? A laptop? A smartphone? Oh, yes. I want it to double quantities and make substitutions based on my dietary needs. I want it to merge three different recipes into one step-by-step plan. I want it to recommend new dishes based on what I like. I want it to plan out my meals for the week using only things on sale and in season. I want every recipe to have a button that says “Buy ingredients from local farms,” and then have it suggest more recipes based on the leftovers. I want it to show me a three course meal that my friends would love and then give me the option to invite them over.

But once that data can be brought into our software, then there’s no longer a need to hack the existing food system. Instead, we will have just created a new one. A new food system that uses data and technology to allow farmers and individuals to buy directly, and will be rooted in products that put the consumer first and make it insanely easy to cook and eat local, sustainable or organic foods.

Accomplishing this will be hard. Very hard. Farm work hard. But not impossible.

Will Turnage is the Mobile App Creator of Ratio & Bread Baking Basics. By day, Will is the VP of Technology & Invention at R/GA , but after hours he makes digital products, cooks food and finds new and interesting ways to combine the two.  He lives in Brooklyn with his wife, a garden and a bee hive. Follow him @wubbahed.