Foodfolio: A Recipe Aggregator For You & Your Grandma

Recently there have been a swarm of new recipe aggregator sites – Punchfork, Gojee, Foodily, Tastespotting to name a few. Honestly, when Foodfolio came around I was a bit skeptical. With each iteration of these various recipe aggregators, however, home cooks get closer to being able to put all of their recipes into one place. For now, it’s really a matter of sticking it out on the site that works best for you, and letting the competition drive better tools.

What attracted me to Foodfolio is that it is being used by grandmothers and mothers who want to preserve their recipes for the next generation.  And if Foodfolio is helping that cause, I’m all for it. Meet Ehab Bandar, founder of Foodfolio, a social recipe website that allows you to aggregate and organize recipes from websites across the web, from family members, and from people you follow on the website.  The design is clean, visual and very easy to use.

I had the pleasure of interviewing Ehab more on his vision for Foodfolio.

Chitra Agrawal: What was the inspiration for Foodfolio?

Ehab Bandar: As a home cook, there’s a ton of great recipes out there, but no easy way to make them your own. I had recipes in emails, stacked in folders, cookbooks, blogs, and sites I look to for ideas. I tried content management apps like Google Sites, I tried bookmarking tools, but it was too much work. Regular recipe boxes or software in a box are fine, but they’re still a box, closed, and hard to share. There really was nothing out there, so I decided to cook one up. I created Foodfolio not just for foodies, but for cooks as a next-generation recipe tool where they could find, organize, and share whatever they’re cooking up.

EB: Foodfolio is a free service that lets you store all your food in one place. Foodfolio keeps your recipes accessible from any device, organized by tag or course. Easily search by recipe name, ingredient, or tag. Seamlessly add a web recipe to your Foodfolio to make later. Stay in touch with friends and family and see what they’re cooking up by following them on your Foodfolio stream. Each user has their own Foodfolio profile, where they can share their public recipes, photos and bookmarks. We’re also working on some pretty exciting ways for you to do more with recipes to be released soon, like meal planning, recipe books, and a lot more.

CA: There are many food sites in the recipe space right now. For instance, what differentiates you from keeprecipes?

EB:  We’re similar to keeprecipes in that we let you store online and offline recipes, but we provide a lot more control, ease of use, and findability through privacy settings, search, tags and categories. We also let you organize more than just recipes, but bookmarks to your favorite food blogs and photos you’ve snapped up of last nights dinner. 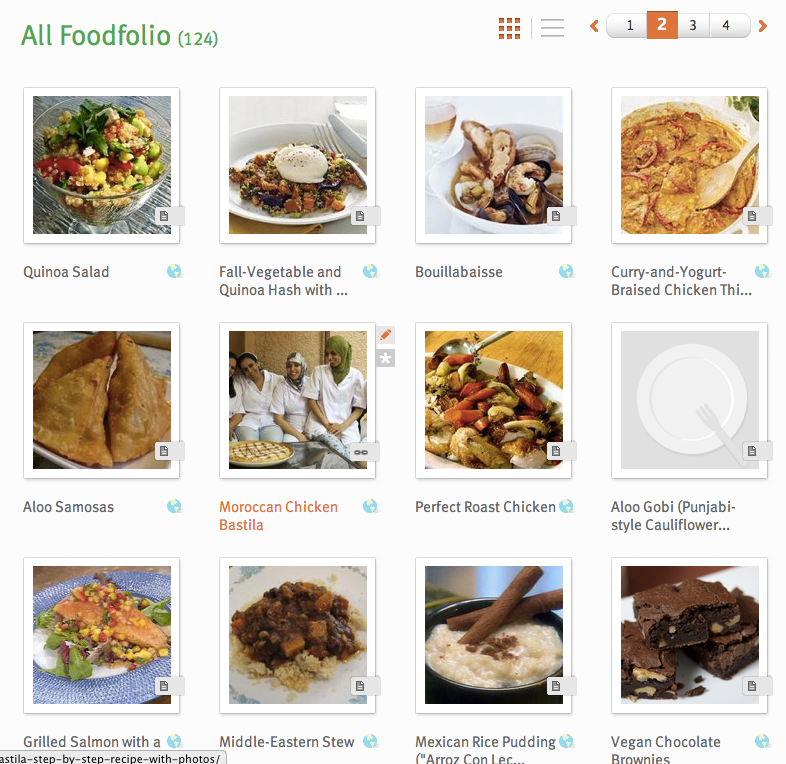 EB:  It’s a freemium business model. The majority of users pay nothing, while premium subscribers get extra storage and features.

CA: What are the most interesting, unexpected things you have learned?

EB: I think it’s been the evolution of Foodfolio as a tool toward Foodfolio as a community. It turns out, people really like getting ideas and recipes from other people with similar tastes.

EB: We’ve seen a lot of people helping their grandparents, mothers and non-techies clean out their recipe boxes and post them online for their families and friends to use. We’ve seen foodie meetup groups use it to keep track of what everyone else is doing. And one of the most interesting things is food bloggers who use Foodfolio to remember and organize recipes they’d like to make. 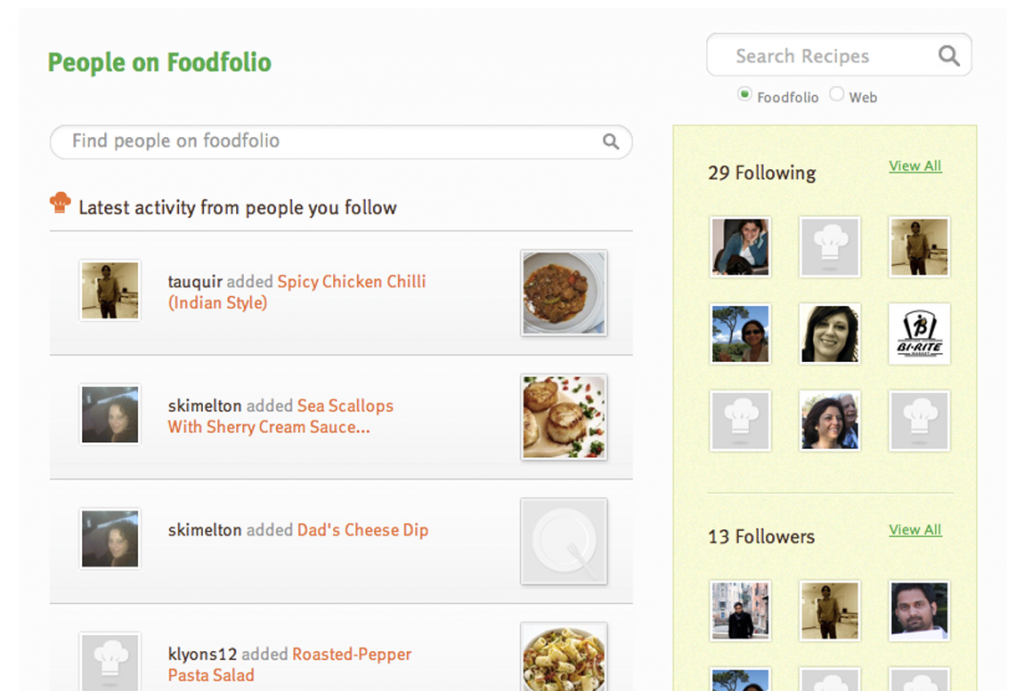 CA: What have been your greatest challenges?

EB: When building any product, the biggest challenge is staying true to your mission amid all the great feature ideas. So we work very hard to keep things focused and simple for our users. That’s our ongoing challenge, how do you make a great product that will simplify and enhance the cooking experience, while not getting distracted by the next must-have feature or technology.

About the Author
http://abcdsofcooking.blogspot.com/
Chitra divides her time between the worlds of food & tech. She is the Founder of The ABCD's of Cooking and Director of Marketing at BlogTalkRadio.
Previous Next
community, ehab bandar, food startup, food startups, food tech startup, foodfolio, home cook, instapaper for recipes, recipe aggregator, recipe organizer, recipes