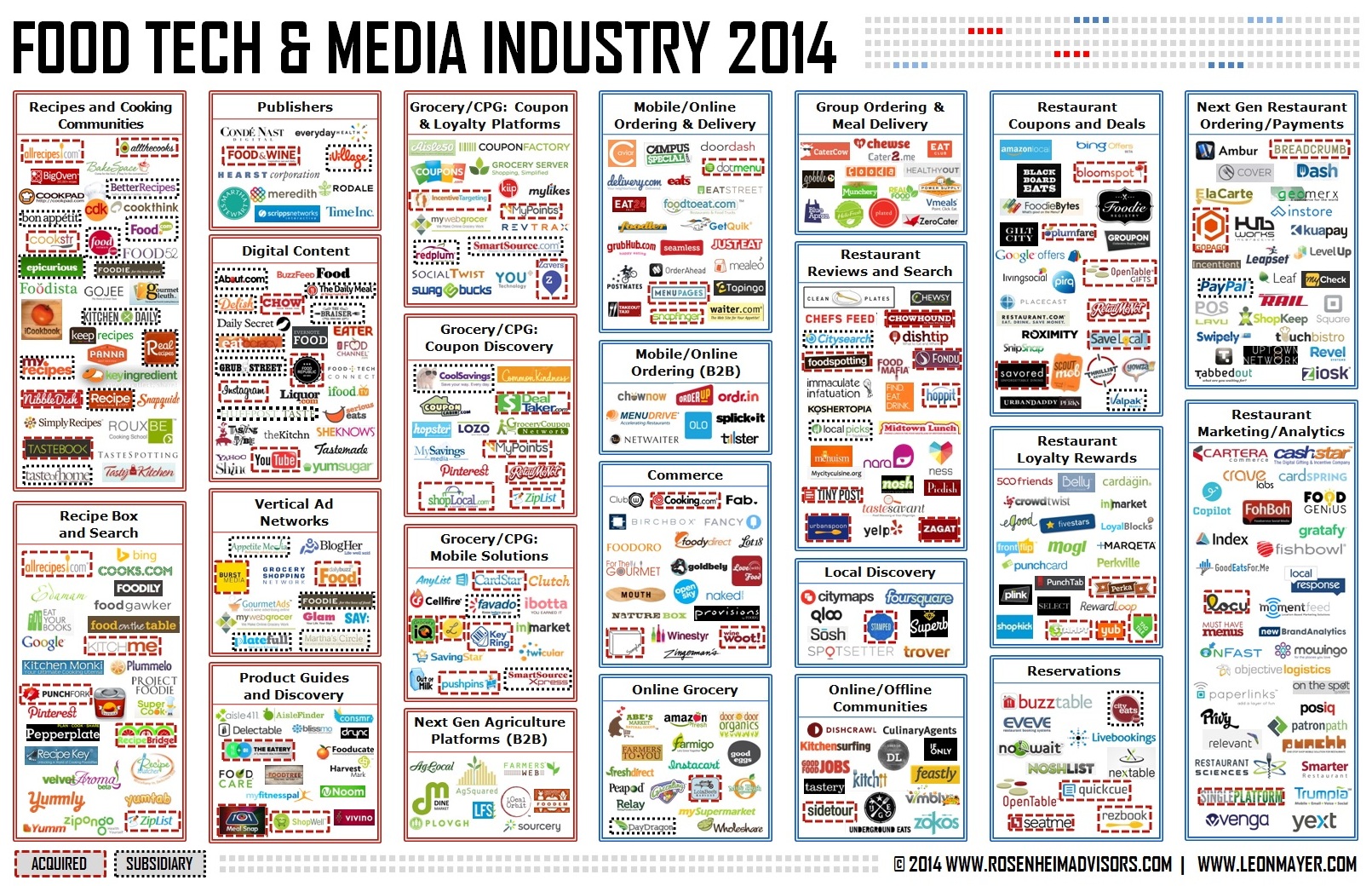 With increasing deal activity and deal sizes, the food-related tech and food-related digital media space has continued to gain momentum. In 2013, over $1.6 billion was invested into U.S-based private companies in this ecosystem through 148 investments (versus $1.2 billion and 136, respectively, in 2012). Excluding later-stage investment rounds from consumer internet companies that have a relevant food component (Instagram, LivingSocial, Pinterest, Evernote, Fab.com), $930 million was invested into private companies in this ecosystem in 2013 (versus $560 million in 2012).

This industry is still very much in growth mode, as 65 percent of the investment rounds were less than $5 million (excluding those five late-stage deals listed above). On average, however, companies in this space secured larger investments in 2013 vs. 2012 ($5.6 million vs. $4.6 million in 2012), which is due to a combination of larger Seed/Series A rounds and more companies in 2013 pushing past the Series A crunch to later stage investments. Restaurant-related technology won the most attention from both investors and acquirers with 54 percent of the investments (representing $453.1 million across 76 deals), and 51 percent of M&A activity.

M&A activity was steady throughout the year, with 46 M&A deals (up from 32 in 2012). OpenTable was the top acquirer with four acquisitions (FoodSpotting, JustChalo, Rezbook and QuickCue), followed by Pinterest with two acquisitions (Punchfork and Livestar), and Yahoo with two acqui-hires (Alike and Jybe). In terms of disclosed price, UnderArmour’s acquisition of MapMyFitness for $150m in November was the largest acquisition of the year, with GoDaddy’s $70m acquisition of Locu coming in second. The GrubHub Seamless merger was also significant, though the terms of the deal have not been disclosed.

IPOs on The Horizon

In the public markets, RetailMeNot was the only company related to the food tech and media ecosystem to IPO in 2013. The stock has been well-received, and it closed 37 percent above the IPO price on December 31, 2013 with a market capitalization of $1.5 billion.

As we consider the IPO prospects for 2014, however, the pipeline is padded with a number of companies that are relevant to this space, including Grubhub Seamless, Coupons.com, Pinterest, Square, Jawbone, Gilt Groupe, and potentially Evernote (but more likely to be another year or two). Successful IPOs among the 2014 cohort will be meaningful in that they will validate overarching trends related to the food tech and media industries. But there is a more direct implication for startups in the space: the public markets unlock a new acquisition currency, and as more opportunities for successful exits (via acquisition) become available, it is likely that investors will continue to increase their stake in this sector. 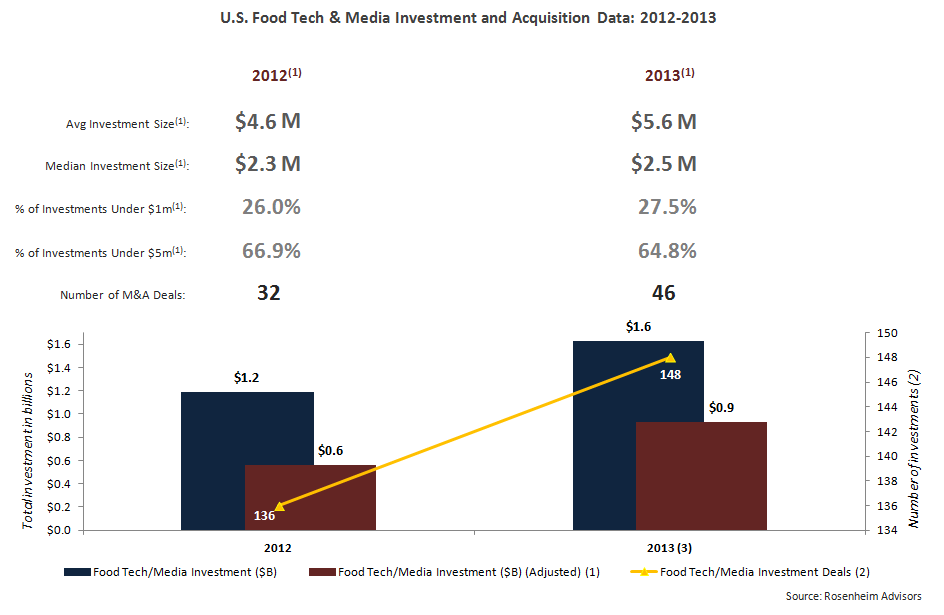