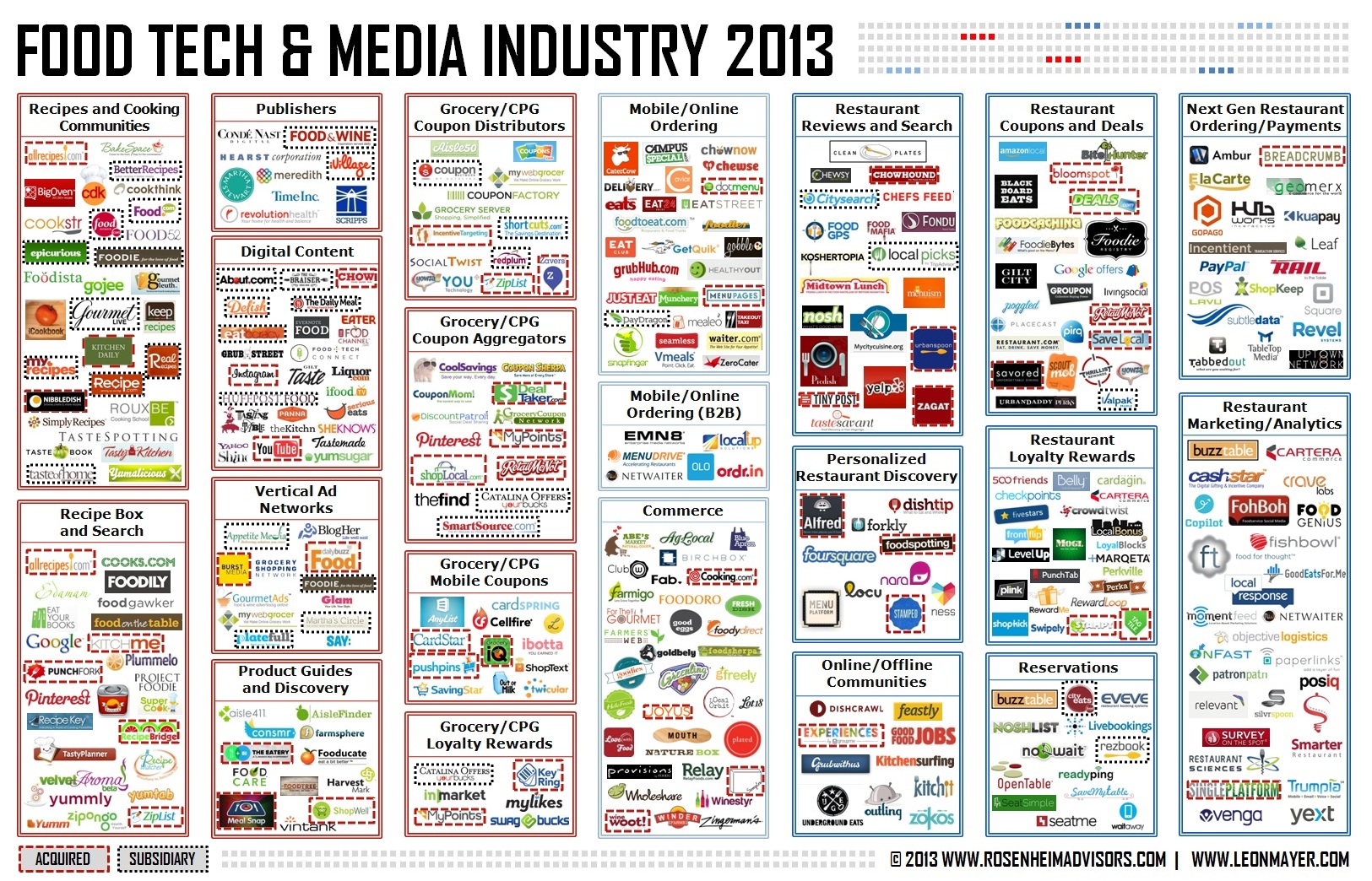 There is an interesting race heating up in the payments and POS arena, with major players including Square, Paypal and Groupon unveiling new solutions to own the register of the local merchant. As Mobile Commerce Daily points out, although mobile is key for the future of payments, these companies are all “looking to gain a foothold in physical locations with traditional point-of-sale solutions because their mobile POS strategies are growing slowly.”

Square announced the Square Stand, new hardware that turns an iPad into a digital POS system plus additional accessories like a cash drawer and receipt printer, which creates an opportunity for the company to gain a stronger foothold in restaurants (esp. higher-volume ones) and the big brick-and-mortar commerce ecosystem. Conversely, rather than building its own new hardware, Paypal has taken a collaborative approach with its Cash For Registers program which was launched to encourage merchants to switch to PayPal-powered point-of-sale solutions and leverages the POS partnerships it has been building over the past year. Paypal gave its program a jump start by covering the processing fees for the first six months of the program. Groupon re-branded its merchant payments offering to be called Breadcrumb POS, which broadly expands the restaurant-focused tablet POS system that Groupon acquired last year (previously called just Breadcrumb, the more robust restaurant-specific app will now be called Breadcrumb Pro). The new Breadcrumb POS is a free iPad app, and as TechCrunch notes, in addition to luring new merchants with competitive commission and deposit rates, the company is also bundling the app with a variety of relevant physical hardware (stand, cash drawer, etc.), called the “Bread Box.”

As seen in the deals detailed below, there has been an overall flurry of activity in the crowded payments space as pressure increases for companies to expand and accelerate growth through partnerships and capital deployment. Incumbents have been looking to startups to add new features and functionality to legacy systems such as loyalty, marketing and data insights to secure merchant relationships, while young companies have benefited from the immediate scale and ability to piggyback on an established sales force.

Seamless and GrubHub announce merger.  The combined platform of the two food-delivery services providers will have over $100m in revenues, and serve diners and companies in more than 500 American cities from more than 20,000 local takeout restaurants. It is reported that GrubHub’s CEO will assume the CEO role of the combined company, and shareholders in both companies will have significant representation in the combined company’s Board of Directors. Once fully integrated, the new company will be well-positioned for an IPO, which would further validate the space among investors. Additionally, as we discussed leveraging existing systems last month, an open API and additional technology could position this new company as a powerful platform for other innovators in the food tech landscape looking to tap into a huge restaurant network (without the expense of a huge sales force).

HarvestMark acquires ShopWell Solutions.  In order to create a direct channel to reach to grocery shoppers and drive insights on shopper behavior and preferences, YottaMark, the parent of the fresh food traceability platform HarvestMark, acquired substantially all the assets of ShopWell Solutions, the personalized food recommendation app which had over a million downloads.

FarmersWeb Raises $1m.  The NY-based online B2B food marketplace and platform connects local farmers and producers with wholesale buyers, such as restaurants, corporate kitchens, private schools and retailers. The company provides the payment and commerce platform, while the farms/producers provide all fulfillment and logistics after the order is placed. In addition to the public wholesale marketplace which is currently focused on the NY metro area, FarmersWeb also offers an eCommerce solution for farms/producers who prefer to sell directly from their own websites vs. the marketplace. The proceeds will be used to expand metro areas as well as the technology platform.

LoyalBlocks Raises $9m. The NY- and Israeli-based provider of local marketing solutions offers customer loyalty programs by allowing brick and mortar businesses to automatically reward customers when they enter the restaurant/store through a branded app and an in-store base station. The platform is also integrated with Facebook and other social media and review sites. The use of proceeds will go towards expanding U.S. operations and developing the SMB platform.

Swipely Raises $12m. The data-driven payments company has developed a platform that provides local merchants similar tools that e-commerce companies use to better understand customers through shopping data. The platform doesn’t require new equipment for merchants, and works with all credit and debit cards. The team expects to double head count to 80 by the end of the year, and proceeds will be used to expand its network of merchants and to accelerate its nationwide growth.

Marqeta Raises $14m. The loyalty company provides both branded and white-label prepaid loyalty cards, allows multiple loyalty accounts to function on a single card, and also (as revealed in the announcement) powers the technology behind recently launched Facebook Card. As PandoDaily points out, the Facebook partnership is a tremendous coup in terms of scaling in the loyalty rewards space, as “there’s nowhere else you can go to immediately get access to 1 billion consumers, and their real identities.”

Panna Raises $1.35m.  The video cooking magazine on the iPhone and iPad allows users to cook recipes along with celebrity chefs in a format that resembles television programming, featuring step-by-step instructions, tips and recommendations. The company plans to use the funding to expand its team, produce new content and increase sales and marketing efforts. As TechCrunch notes, before venture funding Panna used crowdfunding through Kickstarter, where hundreds of home cooks donated to get it off the ground.

Food52 partners with Rap Genius to let users annotate recipes.  Calling the tool “Food Genius,” the partnership will allow users of the crowd-sourced cooking site to annotate recipes and articles. As Food52 simply states, it “adds a crowd-sourced layer to the cooking process by allowing cooks to make small variations on and enhancements to recipes”.

VeriFone and CardSpring partner on card-linked services.  The POS maker VeriFone teamed up with the loyalty and rewards startup to integrate the CardSpring web service platform to its payment gateway in order to enable developers to create card-linked services. The partnership will allow merchants to enable loyalty programs, point-of-sale discounts, and more using customers’ existing debit and credit cards.

Loyalty startup FiveStars partners with Canadian media firm Rogers to launch new loyalty service.  With its first international play and first “Powered by FiveStars” alliance, the new program, called “Vicinity” is the same POS-integrated loyalty platform as FiveStars, and Rogers will offer the program to many of its existing clients, including small and medium-sized businesses that already use Rogers for its phone and Internet service.

Serious Eats partners with Conde Nast’s Ziplist to offer recipe organizing tools.  With the partnership, thousands recipes from Serious Eats’ family of websites will be integrated into Ziplist’s recipe box and shopping list, and users will be able to see relevant local grocery deals as well.

MOGL and Hawaiian Airlines partner to offer a new dining rewards program to frequent flyers.  The new partnership is MOGL’s second airline partner (after Virgin America), and allows Hawaiian Air’s frequent flyer members to earn cash-back when dining out in CA restaurants, while also donating meals to people in need.

LevelUp and NCR partner to bolster mobile payments in restaurant sector.  The partnership will allow the top restaurant POS supplier to offer LevelUp’s mobile payment and loyalty solution seamlessly without requiring operators to implement a new system in order to accept mobile payments.