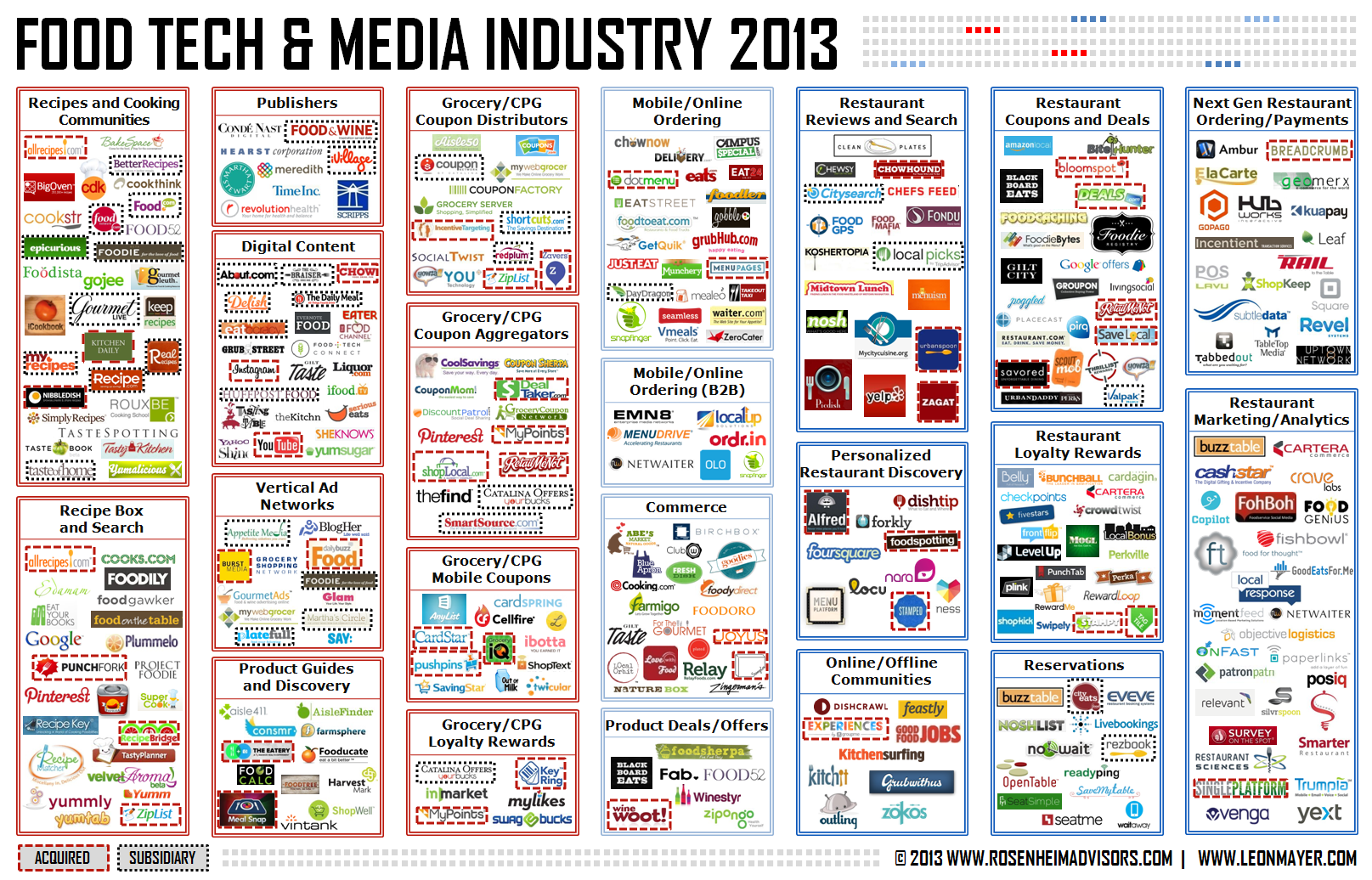 “Delivery” was a major investment theme in February. Ranging from restaurant dishes to subscription-based models to in-home chefs, investors and startups are betting that a huge number of consumers will continue to increase their reliance on the convenience of online ordering and delivery. While these cash flow businesses can be appealing (as investor Gary Vaynerchuk noted on a recent panel: “When people buy [stuff], you make money. That’s good.”), managing the costs of distribution (mainly shipping) for food businesses has proved to be challenging. Profits are elusive without considerable scale. Furthermore, beyond the simple transaction, successful new models need to merge the physical and virtual worlds by utilizing data, analytics and ingenuity to generate new methods of creating and capturing value.

Fancy Acquires Samplrs. Commerce-focused photo-sharing social network Fancy, which itself has raised $44.4m, made its first acquisition with Samplrs, a NYC delivery/subscription startup for local artisan food. The acquisition will likely bolster Fancy’s own subscription service, Fancy Box, and as Techcrunch notes, the new food offerings can be used “to steer the site further into direct commerce.”  This month Fancy also partnered with Google+ to power ecommerce functionality with a recently-launched commerce platform.

Yahoo Acquires Alike. In a move to push deeper into local mobile discovery, Yahoo acquired mobile app Alike, which helps users discover nearby venues (restaurants, local businesses) based on their personal interests. The team will join the mobile product group at Yahoo, joining other recent acqui-hire mobile talent including the team from Stamped, and the existing iPhone and Web apps will be shut down. As CEO, Marissa Mayer has often emphasized, Yahoo is looking to mobile to rekindle growth in its user base and will continue to focus on smaller acquisitions under $100m.

LocalResponse Raises $1.5m.  The New York-based social advertising platform helps marketers respond to consumer “intent” in real-time and works with over 125 advertisers, working with brands ranging from Coca-Cola to Arby’s to 7-Eleven. With the recent launch of the company’s new product, Desktop Intent Targeting, CEO Nihal Mehta states that the company’s goal is to “make ads way more contextual and relevant so they become more like content that consumers can engage with.” TechCrunch reports that the “startup is almost at profitability, and the company is now on a $10 million annual run rate.”

EatStreet Raises $2m.  The Madison, WI-based restaurant ordering and marketing platform is focused on secondary markets across the US, and providing small and medium sized restaurants with competitive tools they often can’t afford. CEO Matt Howard tells TechCrunch, “EatStreet’s main goal is to give restaurants websites, their own mobile apps, their own mobile websites, their own Facebook ordering – we’re giving them everything they need for online ordering…we push more of a platform approach”.  The company has already grown to 20 cities, and will use the money to expand into new (secondary) markets.

Blue Apron Raises $3m.  Positioned as “a new concept in grocery delivery,” the Brooklyn-based subscription meal kit startup delivers weekly boxes that include the fresh ingredients and recipes to make three meals. Currently only available on the East Coast, AllThingsD reports that “Blue Apron will be using the funding to expand nationwide over the next several months and to increase marketing. It will also be looking for ways to accommodate customers with specific dietary restrictions.” Even with the handful of recent shutterings in the space, the subscription meal/kit-delivery arena is becoming increasingly crowded.

ClubW Raises $3.1m.  The Los Angeles-based subscription-based wine ecommerce company is, as PandoDaily cleverly put it, “what the wine of the month club would be if it were invented in 2012 rather than 1972.” The company curates and personalizes the wines based on each member’s taste profile, and in early 2012 stated that it was already on track to sell $1 million worth of wine for the year. PandoDaily’s Michael Carney is astute to point out that “given the uncertainty around e-commerce in general, and many of the local category leaders in specific, ClubW is fortunate to have raised this round. Its atypical fundraising strategy may have contributed.”  With 10 employees, and fulfillment outsourced, the use of proceeds is to ramp up customer acquisition efforts through both online marketing, and offline grassroots campaigns.

MomentFeed Raises $1.8m.  After launching out of beta in January 2012, the location-based analytics and campaign management enterprise platform is used by multi-store chains (including 8,000 7-Eleven stores) to both manage and understand all social media activity around their physical locations. According to PandoDaily, “The decision to raise a seed round wasn’t one of limited interest. Rather, the company is growing so fast, according to founder and CEO Rob Reed, that the insiders decided to raise as little as possible and keep the action to themselves.” Although “initial adoption of the platform was actually slower than expected,” it is important to note that Reed has seen an evolution in the priorities of large brands, and that they “are increasingly recognizing the value of the social presence of each individual local.”

Foursquare partners with Visa and MasterCard; users sync cards to receive targeted discounts from participating merchants. With the new partnerships, which will be a core part of the company’s revenue model going forward, Foursquare will be paid on a cost-per-transaction basis. Burger King, and its 7,000-plus locations, signed on as the pilot partner. In other news from Foursquare this month, the partnership with Voice Media Group went live, which adds local content from the regional magazines like Miami New Times, L.A. Weekly, and Village Voice to the “Explore” recommendation feature in Foursquare.

General Mills and Procter & Gamble Co. partner with CircleUp Networks, an equity-based crowdfunding startup that promotes early-stage consumer brands. A compelling value exchange for all parties involved, the partnership gives the CPG giants the ability to interact with, mentor and invest in innovative consumer products companies with early traction. And, according to the Wall Street Journal, CircleUp is also providing insightful industry data by “providing trend reports to General Mills and P&G about startups in 18 categories, including pet foods, beverages, snack foods and infant products.”

ShopKeep POS and LevelUp launch payment platform which integrates iPad POS and mobile this payments on a single device. In a move that will benefit the growth prospects for both companies, ShopKeep, an iPad point-of-sale solution and LevelUp, a mobile payment and loyalty system (which offers zero payment processing fees), will now offer an alternative way for customers to complete their payment and allow merchants to consolidate cash, credit and LevelUp transactions all in one spot. ShopKeep has been strategically going after partnerships with mobile and online payments companies, and has announced similar partnerships with Paypal and Dwolla. Similarly, LevelUp has been focused on the transition from product to platform with its recent launch of public APIs, and an SDK for its white-label solution.