Nicola Twilley on Hacking the Food System: Crowdsourcing What & Where Angelenos Eat 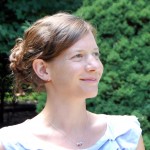 It takes millions and millions of tons of food to feed a city. Somehow, enough milk and produce and soda makes its way to, say, Los Angeles; somehow it all gets distributed — frequently unevenly. But no one actually knows where all that food comes from, who’s buying it, and from where.

Grocery stores know the details of their own supply chain and, thanks to loyalty cards, ever more about their consumers. City agencies know how many families receive food stamp benefits, how many refrigerated containers dock at the Port of Los Angeles, and how many restaurants, big box stores, and supermarkets can be found in each congressional district. Individual farmers at the weekly market know how much produce they sold; shoppers — especially those on a tight budget or strict diet — frequently know how much food they purchase.

But now, for Foodprint LA, the Foodprint Project has teamed up with the Los Angeles Food Policy Council (convened by Mayor Antonio Villaraigosa with the goal of creating a sustainable and equitable regional food system for Los Angeles) and Kullect (a new, free app that makes it easy and fun to organize and participate in mobile data collections), to use technology to learn more about what food Angelenos are buying, and where.

The project is part of a growing movement called participatory sensing, which leverages the location-logging capacity of smartphones* to empower citizens to collect and share data about their environment and daily lives. We were introduced to the concept of participatory sensing by computer science pioneer Deborah Estrin, who has used it to conduct community-led pollution surveys as well as individual health monitoring. We quickly realized that it offers an inspiring way to both collect valuable data and, at the same time, encourage a heightened awareness around food choices.

We launched in beta earlier this summer, asking Angelenos** to get out their phone and document their purchase whenever they were buying bananas, milk, chicken, and, most recently, grapes. The handy little app asks participants to take a photo of their purchase (so we can see the label), log the price and quantity, and check any descriptions — organic, humane, local — that apply. As we build our data set this fall, we’ll be analyzing it for patterns and insights, and creating data visualizations — infographics, maps, and charts — that we can share with everyone who wants to understand the city’s foodscape a little bit better. After all, building a more accurate and detailed picture of the way Los Angeles feeds itself now is a vital step toward designing a better food system for the future.

* Obviously, not everyone in Los Angeles has a smartphone. We’ve addressed this issue in a few ways:

1. Creating a way to participate that, although less intuitive, requires only internet access;

2. Collecting demographic data on our participants so that we don’t extrapolate our findings to communities for which they may not apply;

3) We’re working to get community groups equipped with smartphones.

** If you live in LA, or have family or friends there, you can sign up and get involved here!

Nicola Twilley is author of the blog Edible Geography, co-founder of the Foodprint Project, and director of Studio-X NYC, part of Columbia University’s Graduate School of Architecture, Preservation, and Planning’s urban futures network.