Ali Partovi on Hacking the Food System: Focus on the Supply Chain 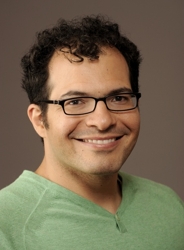 Organic, sustainable food needs to become more affordable. Why is it expensive? Organic agriculture is inherently economical: it requires few inputs and it doesn’t deplete scarce resources. The problem is that demand for organic food is growing faster than supply. (Less than 1% of US farmland is organic, compared to 4% of US food and beverage sales. We import organic food to make up for the shortfall in domestic production.)

For-profit. Startups can make the supply chain more efficient by eliminating middlemen and reducing costs. Here are two examples I’ve invested in: 1) BrightFarms grows produce sustainably in supermarket rooftop greenhouses, saving on transportation from the West Coast or Mexico; 2) Farmigo helps small farms automate their operations and eliminates middlemen between farm and consumer. There may also be opportunities in soil carbon measurement as a service for the real estate market. Topsoil, a national treasure, is being depleted by industrial agriculture’s heavy tilling. There’s a real economic benefit to farming practices that sustainably replenish soil fertility. If the real estate market for farmland were armed with the right information, it would place a premium on farms that invested in replenishing their topsoil, in effect a subsidy for sustainable agriculture.

Political. Speaking of subsidies, America needs a social-media-based Food PAC to lobby for food health and quality instead of quantity. U.S. policy supports agribusiness via direct subsidies that drive over-production of grains and their derivatives. Meanwhile, U.S. policy toward organic food is geared to bolster demand (via the “Certified Organic” label) while impeding supply growth (certification is costly and takes years).   The Farm Bill, its “carb” subsidies, and the USDA answer to America’s 2 million farmers, not America’s 300 million consumers. It’s time we had a Food Policy that put the health of American consumers first. I’m already involved in one new project that will leverage social media for advocacy. A web-powered Food PAC is also a major opportunity.

Non-profit. Until the day government levels the playing field, maybe non-profit contributions can lead the way.  A growing base of informed consumers want change and want to help. Imagine a Groupon-meets-Kickstarter that accepts money from consumers (as micro-loans or donations) and awards it to deserving producers. Such a service could have enormous impact by subsidizing faster expansion by organic, sustainable producers.

Industrial, factory-farmed food is cheap for a simple reason: because it’s over-produced. Organic, sustainable food is under-produced, making it over-priced and fueling the false perception that it “can’t feed the world.” Critics cite this affordability gap and call organic food “elitist.” Reformers retort by citing the health and environmental costs of industrial food. Both have a point. The real solution is to make organic food more affordable – by producing more of it. Organic, sustainable farmers are at a disadvantage competing with a subsidized, high-volume, industrial supply chain. As Jane Black recently said, what we need is a “level playing field.” Technology is the great leveler. It’s time to level the playing field in food.

Based in San Francisco, Ali is an angel investor, startup advisor, and serial entrepreneur. He co-founded and sold two high-profile startups: iLike, acquired by MySpace in 2009, and LinkExchange, acquired by Microsoft for $265 million in 1998. His portfolio as an investor / advisor has included such successes as Zappos, Ironport, and Facebook, as well as newer ventures such as DropBox, Viagogo, and OPOWER (see complete Partovi portfolio). As a visionary, he was among the first people to see the potential of the Facebook Platform (in 2007), and among the earliest to grasp the business opportunity of search (in 1997). His interests include a passion for sustainable food and agriculture, including his recent article Food is the New Frontier in Green Tech, and related angel investments in Farmigo and BrightFarms. Click here for his full bio.