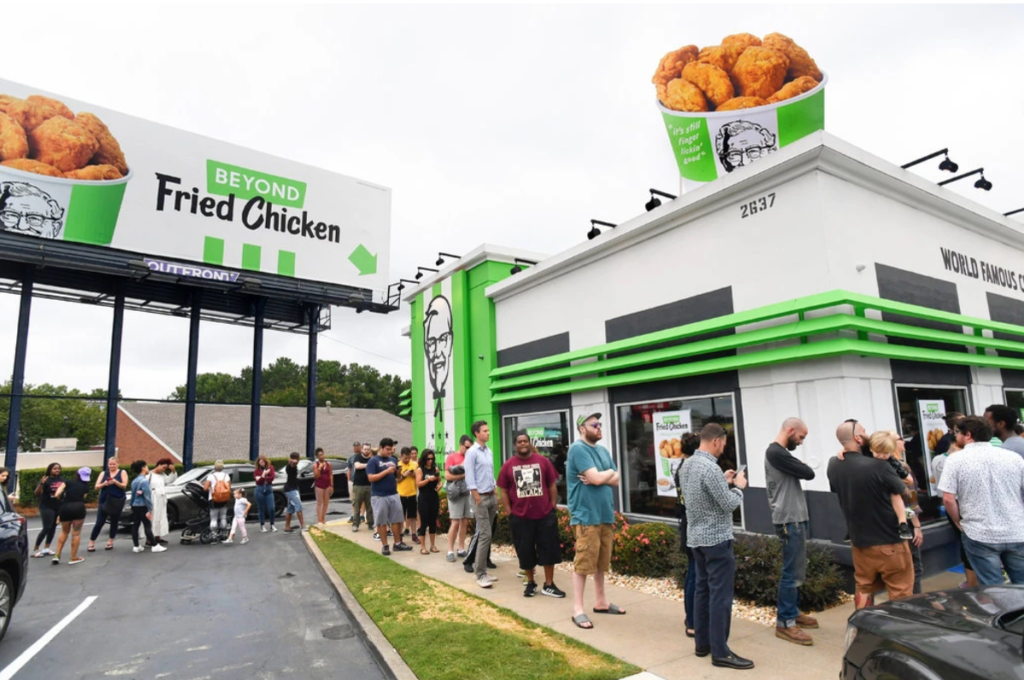 Following a $140 million raise in December, Perfect Day CEO Ryan Pandya hinted that an IPO would be something the company would seriously consider. The company is gearing up for a series of product launches in 2020 that will go beyond cultured ice cream.

On the same day, Tim Hortons announced it was dropping Beyond Meat breakfast sausage at 4,000 of its Canadian restaurants, and KFC announced it would be expanding Beyond’s plant-based “fried chicken” at 66 stores in Nashville, TN, Charlotte, NC and across Kentucky. This week, Denny’s also expanded its partnership with Beyond Meat across the US and Canada.

On the same day that the Canadian Tim Hortons is dropping Beyond Meat products from its menus, the company and KFC announced the expansion of a pilot run of the company’s fried plant-based chicken at stores in Nashville, TN, Charlotte, NC and across Kentucky.

2. Beyond Meat Soars on Denny’s Deal As Rest of Market Slides – CNBC

The Denny’s restaurant chain will expand a Los Angeles launch of the plant-based Beyond burgers to locations across the US and Canada. Beyond Meat shares climbed as much as 6%.

CEO Ryan Pandya spoke to Food Dive about finding the right partners as it scales up ice cream production and expands into other categories in 2020.

One kg of lab-grown shrimp meat now costs $5k. CEO Sandhya Sriram hopes to cut the cost to $50 per kg by the end of this year.

Container farms can integrate into food-focused curricula or provide work-study opportunities for students, as well as supplying their canteens.

The vaccine has proven 100% effective. Thus far, the disease has wiped out millions of pigs around the world.

7. Nearly One in Four in US Have Cut Back on Eating Meat – The Counter

8. Cashless Restaurants in NYC Will Officially Be Banned This Year – Eater

The City Council is set to pass a bill requiring all restaurants and food stores to accept cash payments from its customers.

Just Eat shares have tumbled 2% after the UK’s Competition and Markets Authority informed Takeaway.com that an 11th hour investigation into the recently announced $7b merger is warranted.

To give animal-based protein a run for its money, plant-based and lab-grown meats will need friends in high places — friends, perhaps, in the very industry they’re trying to disrupt.

11. The Trump Administration Rolls Back Waters of the United States Rule – Modern Farmer

The new version could have disastrous effects on American clean water – but plays to Trump’s political base.