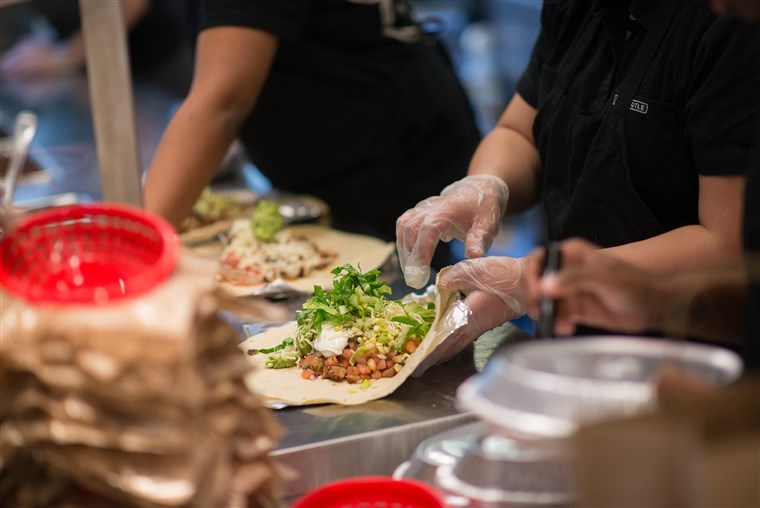 On Monday, Chipotle was fined nearly $1.4 million over accusations that it routinely violated Massachusetts child labor laws. The chain settled without admitting to the estimated 13,000 violations it made between 2015 and 2019.

7-Eleven has announced plans to pilot a cashierless store concept in Texas. Instacart is partnering with Publix for its launch of Instant Meals – offering what it dubs a “digital deli counter.” The online grocery also witnessed a historic moment when employees voted to form its first union in the US.

Last but not least, China’s booming food delivery industry is seeing fewer orders of food delivery as customers avoid contact with couriers amidst the Coronavirus outbreak.

Massachusetts said Chipotle let teenagers work too many hours per week and too late on school nights. The chain settled without admitting to the estimated 13,000 violations.

2. 7-Eleven Is Piloting a Cashierless Store Concept in Texas – The Spoon

The test store is currently available to 7-Eleven employees and functions much like an Amazon Go store. The store’s system was built in-house and runs on algorithms and predictive analysis.

Mu Chen, founder and CEO at BigOne Labs, discusses how the coronavirus outbreak is impacting the food delivery business and restaurants in China.

4. Instacart Gets Into Ready-to-Eat Food Deliveries with Build Your Own Sub Service – TechCrunch

Instacart is partnering with Publix for the initial launch of Instacart Meals – offering what it dubs a “digital deli counter.”

5. Foxtrot Picks Up $17M to Reimagine the Convenience Store – TechCrunch

Imaginary and Wittington Ventures co-led the round. Foxtrot offers a mix of local, emerging and heritage brands all under one roof. With stores in Dallas and Chicago, it plans to expand its footprint in those markets, as well as launch in DC.

US farm bankruptcies jumped 20% in 2019 as financial woes in the US agricultural economy continued in spite of massive federal bail-out funding.

US health regulators approved the first drug for children and teenagers with peanut allergies, marking a potential paradigm shift in treatment. The drug, sold under the brand name Palforzia, will be marketed by Aimmune Therapeutics.

After months of upheaval, Instacart employees voted to form the Silicon Valley app’s first union in the US.

Knollwood Investment Advisory and Lumia Capital led the round. Kitopi plans to use funding to add 50 locations in the US and 100 globally by the end of 2020.

The deal was split into a $40m equity tranche, led by Unbox Capital and owners of Magazine Luiza, and $20m in agri asset-backed debt, led by Itaú BBA and Gaia Securitizations. The funding will focus on the next round of technological development and further grow the team.

Taiwan-based FCF Fishery has closed on its acquisition of Bumble Bee’s North American assets for $928m.