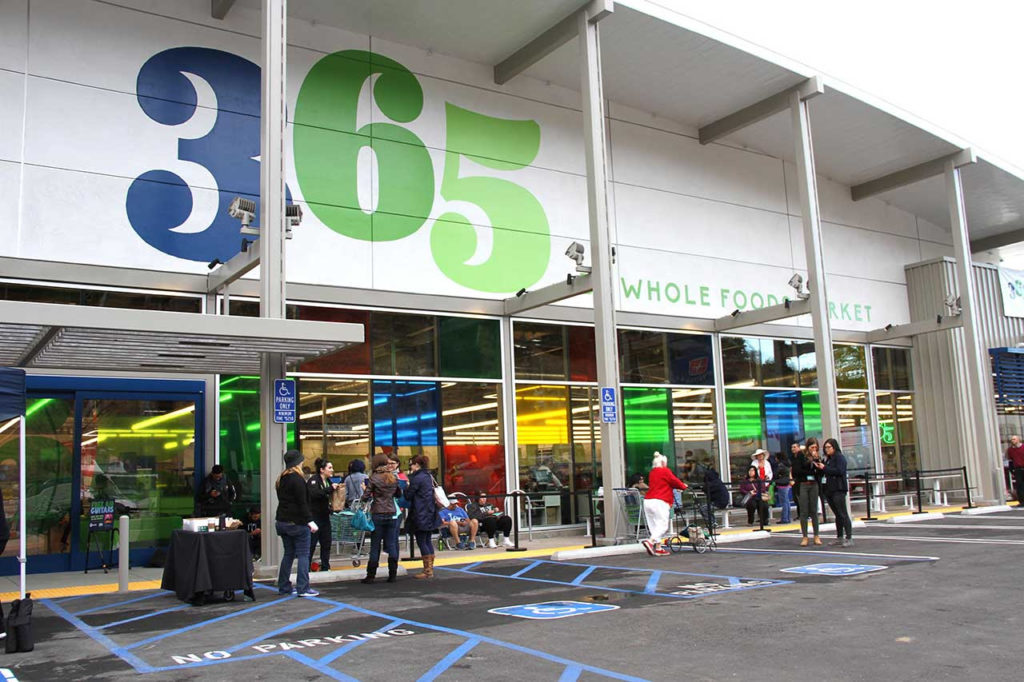 In retail news, Whole Foods has announced the end to its 365 format. The existing 12 stores will remain in business. Robomart announced that its self-driving vehicles will be used by Stop & Shop in the greater Boston area starting this spring. Giant grocery stores will replace robotic assistants at 172 of its stores. And finally, Postmates has raised $100 million ahead of its IPO.

In CPG news, Oatly is set to open a factory in New Jersey in late March or April to boost production by as much as 10 times. Laird Superfood, maker of plant-based creamers, has received $32 million in funding led by WeWork.

As part of biodiversity month here at Food+Tech Connect, we’ve launched an editorial series featuring interviews with over 45 CEOs, execs, farmers and investors.

2. The Future of Food Is Biodiverse

Biodiversity is crucial to the health of our food supply and it sits at the intersection of taste and sustainability. Biodiverse food is sustainable food.

Oatly is set to open a plant in New Jersey. Other companies are jumping on the oat milk bandwagon amid signs that consumers are switching from almond milk in their coffee, including Califia Farms, PepsiCo’s Quaker Oats and Danone’s Silk.

5. New Diet Guidelines to Benefit People and the Planet: More Greens for All, Less Meat for Some – New York Times

The EAT-Lancet Commission on Food, Planet, Health brings together 30+ leading scientists to reach a scientific consensus that defines a healthy and sustainable diet.

Join us to hear from some of the game-changing startups who are rethinking CPG at our January Food+Tech Meetup. Oatly, Sir Kensington’s and Four Sigmatic will do a deep dive into their business models, technology, challenges and lessons learned.

7. Forget Lab-Grown Meat and Blockchain. This Is the Future of Food – Food Business News

Mike Lee of Alpha Food Labs argues for a simpler solution — we need to create a more biodiverse food system to support a healthier planet and people.

The investment includes participation from BlackRock, Tiger Global and other current shareholders. Postmates hopes to go public at the beginning of a wave of highly-touted tech offerings that is likely to include Uber.

Funding will be used for product development and make small acquisitions of like-minded health food brands.

10. Robomart Drives Home a Deal with Stop & Shop for Mobile Commerce – The Spoon

Robomart announced that its self-driving mobile commerce vehicles will be used by Stop & Shop in the greater Boston area starting this spring. Vehicles will carry produce, meal kits and other convenience items directly to customer’s doors.

The robotic rollout is part of a plan by Giant’s parent company, Ahold Delhaize USA, to deploy about 500 robots to stores such as Giant, Martin’s and Stop & Shop.

Hanaco Ventures led the round. SeeTree will use funding to further the development of its technology for citrus orchards.

BpiFrance led the round. Funding will be used to accelerate Sencrop’s international development by expanding its network of weather stations, as well as its community of farmer users.

Shake Shack’s food trucks are a smart play to boost company sales in the lucrative private events and catering space.