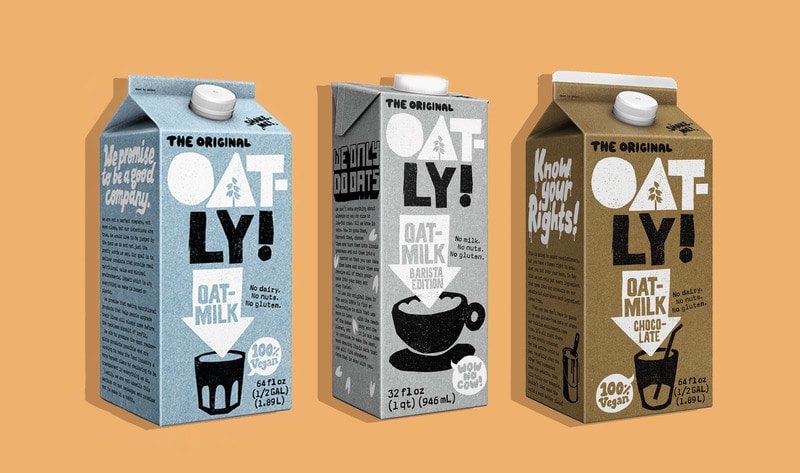 After witnessing Beyond Meat’s successful IPO last May, Oatly is now looking into various funding options and possible exit scenarios, including an IPO in the next 18 to 24 months. The brand could raise as much as $100 million from international investors, along with $20 million from existing investors.

Major headlines in retail this week, with news of DTC company Brandless shutting down less than two years after SoftBank’s Vision Fund said it would invest $240 million in the startup. Row 7 announced a partnership with Wegmans to bring their specialty produce into supermarkets.

Lastly, Sweetgreen has partnered with chef David Chang to launch a kelp bowl, available across all US locations until March 26.

Oatly could raise $100m in growth capital from international investors, along with $20m from existing investors. The company is reportedly considering to sell itself to a large CPG company such as Nestlé, Unilever, PepsiCo, Coca-Cola or Saputo.

The company will stop taking orders and cut about 70 employees, less than two years after SoftBank’s Vision Fund said it would invest $240m in the startup.

4. For Sweetgreen, 2020 Is the Year Kelp Becomes Cool – The Washington Post

The salad chain has collaborated with chef David Chang to debut its kelp bowl, available coast to coast until March 26.

AccelFoods led the round. Funding will go towards new products, making new hires and expanding its distribution channels nationally and internationally.

Existing investor Spark Capital also participated in the round, which brings the company’s total funding to over $28m. Funding will go towards software updates and plant science R&D.

Manna Tree Partners led the round. The company will introduce RTE mealtime options and continue to expand its product lines across the US in the near-term and internationally in the long-term.

The launch will bring three of Dirty Lemon’s most popular SKUs to 500 Walmart locations nationwide.

In 2020, funding to AI applications in retail and CPG will be increasingly important to bring precision, efficiency and personalization across physical and digital retail.

11. Food Waste Is Worse Than We Thought and the Rich May Be to Blame – Bloomberg

The world is throwing away more than twice as much as previously thought, with the wealthy the worst offenders.

12. Snack-Maker Kind Takes Its Bars to Refrigerators and Freezers – CNBC

Kind is introducing frozen and refrigerated bars, chocolate bark and snack mix under its namesake brand. Its acquisition of Creative Snacks and joint venture with Mars helped bring about the new products. The company is actively looking for more acquisitions.