Row 7 on Diversifying Our Seeds 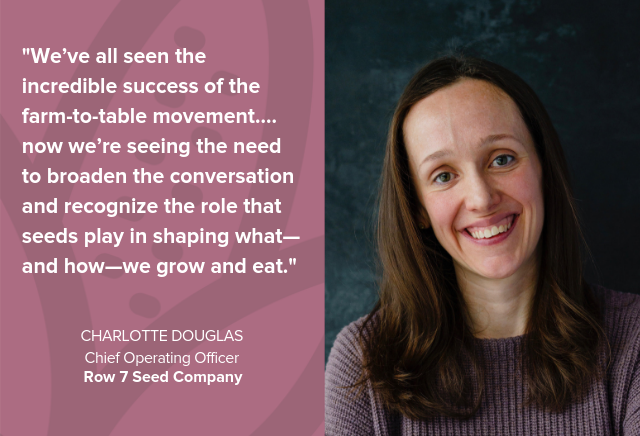 The future of food is a biodiverse, sitting at the intersection of taste and sustainability. Biodiversity ensures the food industry can not only delight eaters with new and exciting foods from a diverse set of cultures, but also safeguard our ecosystems and the genetic diversity required to ensure crops can evolve to better face threats like pests and disease, climate change and extreme weather. Preserving those genetics means saving as many seed varieties as possible, diversifying what we plant in the field and what we eat on our plates.

Below, we speak with Charlotte Douglas, COO of Row 7 Seed Company, about the importance of diversifying our seed varieties and the role seeds and chefs play in shaping what we eat. Built by chef Dan Barber, breeder Michael Mazourek, and seedsman Matthew Goldfarb, Row 7 collaborates with chefs and breeders to develop, promote and sell new, flavorful vegetable and grain varieties.

Danielle Gould: Is biodiversity a priority for Row 7? If so, how and why?

Charlotte Douglas: Row 7 was created as an engine for diversity, pairing plant breeders and chefs in the development of new varieties of vegetables and grains. But if biodiversity is the end goal, it is also the means. Because all plant breeding depends on a reservoir of genetic diversity that is increasingly under threat. Protecting biodiversity isn’t just about stewarding our landscapes and cultural heritage—it’s fundamental to creating varieties—and a food system—that will meet the challenges of the future.

DG: How does Row 7 define and think about biodiversity? What does an ideal biodiverse food system look like?

CD: For Row 7, the excitement is not just in celebrating the varieties of the past, but in continuing to innovate and iterate, supporting new discoveries in the field and kitchen. I think there’s something optimistic about this idea that humans have the ability to add rather than subtract diversity.

DG: What is Row 7 doing or planning to do to promote biodiversity?

CD: Throughout history, people have depended on the improvement of our seeds. We want to support that continued evolution and protect seeds as a publicly accessible resource. That means no genetically modified seeds, and no utility patents that would restrict research and impede growers’ right to save seeds.

DG: What is the business case for promoting a more biodiverse food system?

CD: In some ways, the case has been made for us, because we can see the costs of our industrialized food system. More than that, it’s failed to deliver the kind of food people want: tasty and nutritious, and with a sense of place. Dialing back to the seed — and to biodiversity — is the only way to meet those demands for the future.

CD: I think back to the initial conversation between our co-founders chef Dan Barber and vegetable breeder Michael Mazourek almost nine years ago. For Dan, it was this understanding that plant breeders are, in a way, just like chefs: writing recipes that determine how ingredients will perform in the field and kitchen. And for Michael, I think it was a validation that flavor should play a role in that process.

These days, most breeders are asked to breed for the largest market, which means breeding for yield, uniformity and shelf life and evaluating varieties within the context of chemical inputs. If we want to support the right kind of diversity for the future, we have to incentivize breeders to select for that system.

CD: Chefs and farmers are natural advocates for this work, because they see the correspondence between diversity and flavor. I think the challenge—and the opportunity—isn’t just how you get chefs and farmers to care, but also how you get them to take part in biodiversity. When our team was coming together to form Row 7, our hope was to create a participatory network of chefs, breeders and growers who could experiment with new varieties to see how they adapt for different microclimates and cuisines, and also collaborate on new breeding projects. It’s been amazing to see that community take root this year. The goal is to invite everyone to become stakeholders in the evolution of these ingredients—and in a wider conversation around where our food comes from.

DG: What are the greatest challenges and opportunities Row 7 faces for creating a more biodiverse system? What are you doing to overcome or capture them?

CD: Today, three chemical companies control 60 percent of the global seed market. Competing with that scale of consolidation can feel a little David and Goliath-esque. We’re lucky to work with chefs and partners who use their influence to activate change within the mainstream food industry.

DG: How are you or how do you plan to handle the sourcing and scaling of the ingredients?

CD: I think when you say “breeding for flavor” you risk the assumption that this work is intended for white tablecloth restaurants. But this is what people have been doing for thousands of years: selecting the most productive and delicious plants. Working with some incredible plant breeders around the country, we’ve seen that you don’t need to choose between flavor and resilience in the field. In organic systems, they’re often one and the same. By investing in organic plant breeding and seed production, we hope to make these ingredients more accessible to everyone.

DG: What are some of the most important things food manufacturers, retailers, chefs and other key actors across the food supply chain can do to support biodiverse agriculture?

CD: We’ve all seen the incredible success of the farm-to-table movement in creating a consciousness around where our food comes from. Now we’re seeing the need to broaden the conversation and recognize the role that seeds play in shaping what—and how—we grow and eat.

CD: I love the idea of products that celebrate varieties that are unique to different regions. In a food system that tends to be one size fits all, we need to create a market for those ingredients and support the communities that participated in their development.

CD: It’s a vision of regionality: crops and cuisines that meet the specific needs of a place. That’s not a new idea; it’s how almost all traditional food cultures were built. 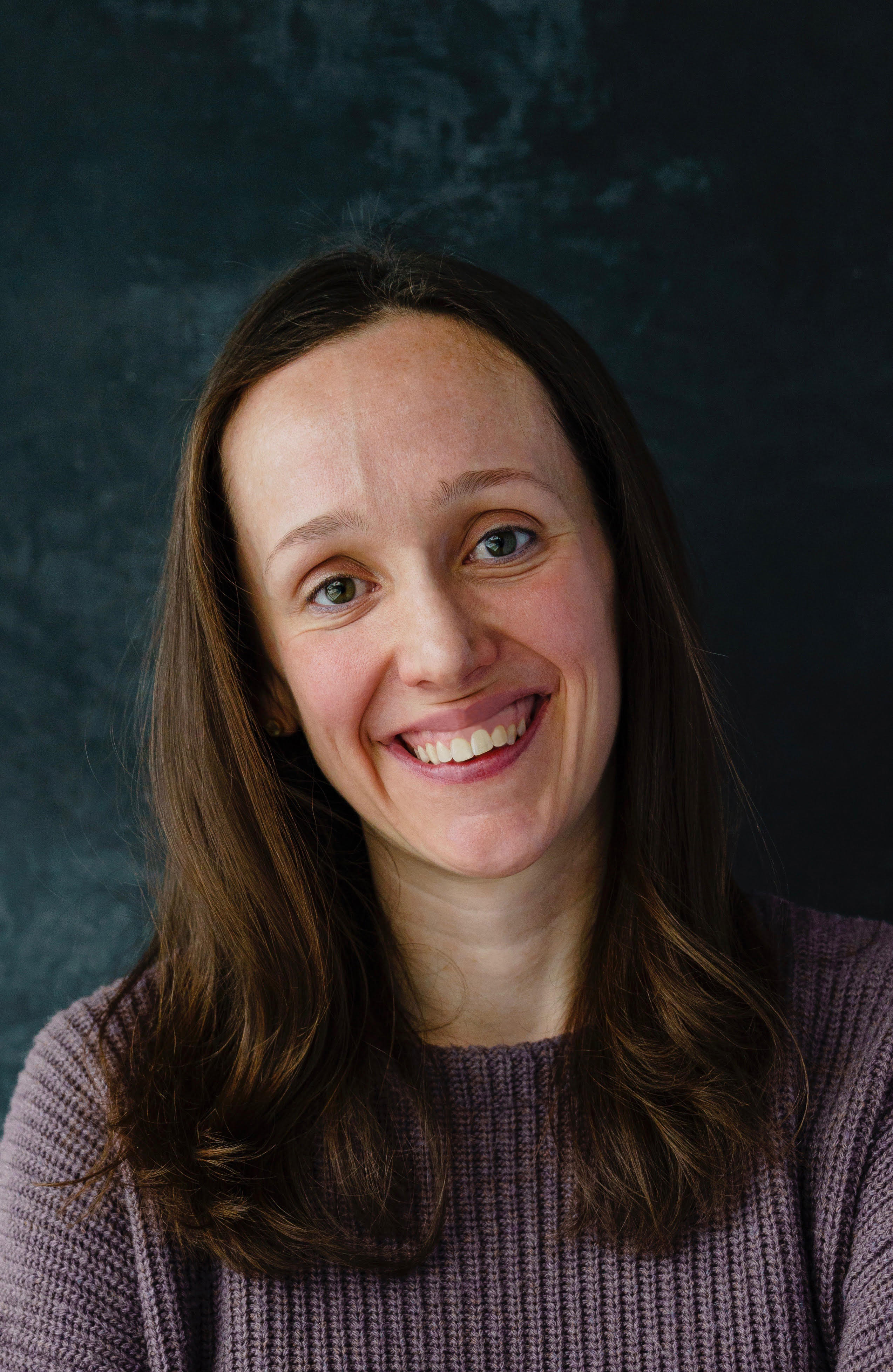 Charlotte Douglas is a founding member and Chief Operating Officer of Row 7 Seed Company.  Row 7 works alongside chefs and plant breeders to create, trial and distribute delicious new plant varieties that make an impact in the soil and at the table.