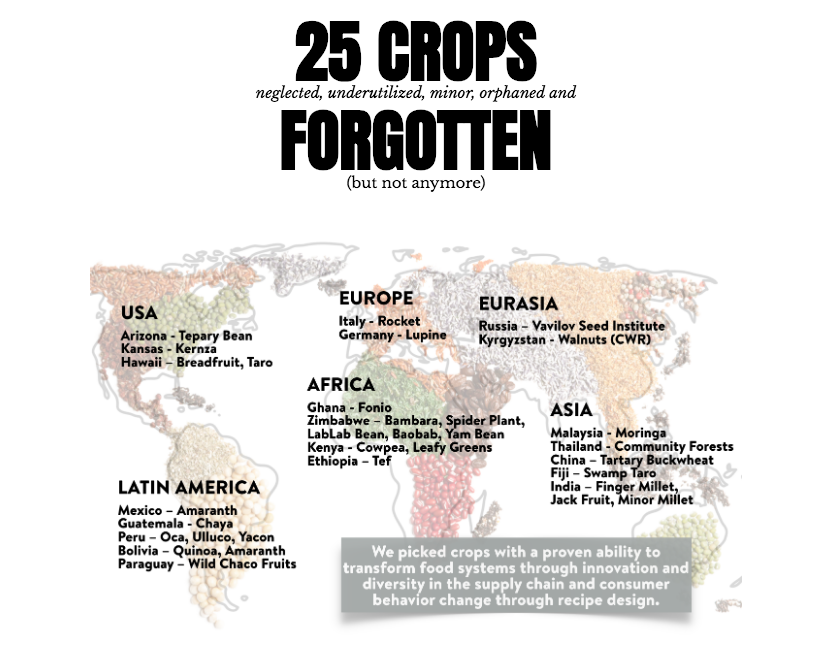 From January 7-31, Food+Tech Connect and The Future Market are hosting Biodiversity: The Intersection of Taste & Sustainability, an editorial series featuring interviews with over 45 leading food industry CEOs, executives, farmers, investors and researchers on the role of biodiversity in the food industry. See the full list of participants and read about why biodiversity in food is important here.

Below, we speak with Douglas Gayeton, director of The Lexicon of Sustainability, about how the organization’s Rediscovered Food Initiative is promoting use of 25 neglected and underutilized foods from across the globe through a multi-platform content series. The goal of the initiative is to shift consumers’ diets away from ultra-processed foods, while also helping farmers grow locally produced crops that provide greater biodiversity and resilience, are adapted to climate change, help conserve resources and contribute to regionally-based economic models that promote food sovereignty. The initiative includes a long roster of partners, including Google, The Culinary Institute of America, Slow Food and more.

Gayeton also talks about the need for economic drivers to create a more biodiverse food system, especially when it comes to our seed research, farmer adoption of diverse cropping systems and distribution systems.

Danielle H. Gould: What is The Lexicon of Sustainability Doing to promote biodiversity?

Douglas Gayeton: Our work with the Rediscovered Food Initiative, which is aligned with SDG 2.5, focuses on shifting global agricultural systems, which primarily focus of the production of four commodity crops, toward a return to bioregionally adapted and native crops that offer greater plant diversity, better nutritional outcomes, and enhanced food security.

DHG: How does Lexicon of Sustainability define and think about biodiversity?

DG: One way natural systems achieve a point of equilibrium, or balance, is through biodiversity. From a purely economic standpoint, this expressed through risk diversification. In the face of certain stressors– environment, predator, resource competition, etc.–biodiversity offers a tool of resilience. This will become increasingly valuable given our uncertain future in a time of climate change.

DHG: What does an ideal biodiverse food system look like? How do you measure biodiversity, and when will we know when we’ve arrived at a “good” level of biodiversity?

DG: To achieve a more biodiverse food system, a number of mechanisms need to fundamentally change, and this will only happen if each of these shifts are driven by real economic returns.

1. To start, we need greater availability of open source seeds, more research by plant breeders and geneticists on a wider array of crops and a more robust system for sharing knowledge and expertise in the preservation and distribution of gene plasm.

2. Second, we need economic models that encourage farmers to adapt more diverse cropping systems. This could be as simple as introducing cover crops or crop rotations that include a wider range of crops (introducing millet and cover crops into a soy bean/corn rotation in the US, for example). It could expand in the Global South to embrace growing less commodity crops for export and more indigenous or traditional crops to feed local markets. In both cases, if farmers don’t see improved economic returns, biodiversity at scale won’t happen. Farmers are risk adverse and larger driven to make decisions based on what their neighbors are doing. It’s said that in farming regions, change is slow. It happens one death at a time.

3. Finally, we need distribution channels and consumer demand for a more diverse diet.

DHG: What’s at stake for society if biodiversity is reduced? Are there examples where a lack of biodiversity has caused problems within an ecosystem or community?

DG: Biodiverse agricultural systems have the potential to be regenerative, to build soil organic matter. This reduces a farmer’s reliance on chemical inputs.

The corn/soy production cycle we see in the American Midwest has created a number of problems. For example, it depends on chemical fertilizer inputs which invariably runoff into local water systems. In the Midwest, this nutrient loading of phosphorus and nitrate into waterways feeds into the Mississippi River, where it dumps into the Gulf of Mexico creating dead zones the size of New Jersey each year.

More diverse systems can enhance soil health, retain more water, reduce insect predation (and the pesticides used to combat them), reduce weed pressure (and the herbicides used on them) and provide a natural form of crop insurance in a time of greater weather uncertainty.

DHG: What is the scientific and/or business case for a biodiverse food system?

DHG: What investments need to be made to create a more biodiverse food system?

DHG: What are some of the most important things food manufacturers, chefs, retailers, farmers, and other key parts of the supply chain can do to support biodiversity?

DG: Become educated. Make purchasing and product decisions based on the support of regenerative farming practices and the consideration of a wider range of source ingredients.

DHG: Where can eaters and food industry professionals go to learn more about biodiversity issues and what they can do to help?

DG: The Rediscovered Food Initiative is producing books, television shows, traveling exhibits, school curriculum and websites that will share what success looks like in agricultural systems that become more diverse.

DHG: Are there certifications or other signals that can help the average consumer determine what kinds of foods are helping promote biodiversity?

DG: Not really. The certified organic label represents an agricultural model that uses both cover crops and crop rotations, but most consumers will not really grasp this distinction.

DHG: What are some examples of food products that promote biodiversity?

DG: Most of what we eat is the result of some sort of monoculture. When we eat a tomato, for example, or a walnut or a banana, it’s nearly always the case that this food came to use from a large scale producer who essentially focused on one crop. Since we buy our food based on price and not quality, producers must specialize to keep costs down; even if we strive to have a diverse diet, that doesn’t necessarily mean that the individual foods we eat are the bi-product of a biodiverse agricultural system.

DHG: If we get to a perfectly biodiverse food system, how would that change the typical selection of products we see in a grocery store?

DG: It would mean more problems for grocers because a grocery store would have less shelf stable foods, more perishable fresh foods, more diversity within individual crops (five types of zucchini, for example). However, this assumes that consumers want a more diverse diet. Since we have slowly eliminated the number of foods we eat from our diet, and increased our reliance on processed foods, we have to essentially re-educate (and reintroduce) consumers to a food lifestyle that has largely been forgotten. Since this new food system would require also more time in the kitchen, the likelihood of a this behavior shift happening will present a number of challenges.

DHG: What, if any, exciting products, technologies or services are you seeing that support a more biodiverse food system?

We are currently tracking 25 crops that have the potential to be true disruptors in the global food space.

DHG: What is your vision for what a more biodiverse food system looks like in 10-15 years? 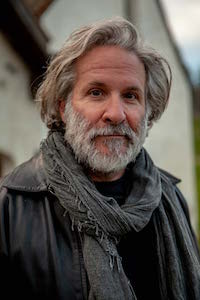 Douglas Gayeton, Director of The Lexicon of Sustainability

Douglas is a taxonomist, filmmaker, photographer and writer specializing in impact storytelling in food and water. He has written and directed film series for PBS and HBO and Conde Naste. His stories and iconic photography about agriculture and food systems have appeared in thousands of pop up art shows, a concept pioneered by the Lexicon. Douglas is the author of SLOW: Life in a Tuscan Town, and Local: The New Face of Food & Farming in America. His photographs are held museums and private collections around the world.

Douglas’ life with the creative arts is informed by his early life as a professional skateboarder. As a technical media pioneer, he has worked in Europe, China and the Middle East. As a taxonomist, his focus is the environment and he gleans inspiration from life on a farm as a husband, father and wrangler of goats.

About the Author
Danielle Gould is the founder of Food+Tech Connect. Connect with her on Twitter, Google+, or Linkedin.
Previous Next
agrobiodiversity, Biodiverse Food, Biodiversity, Lexicon of Sustainability, Rediscovered Food Initiative, underutilized foods