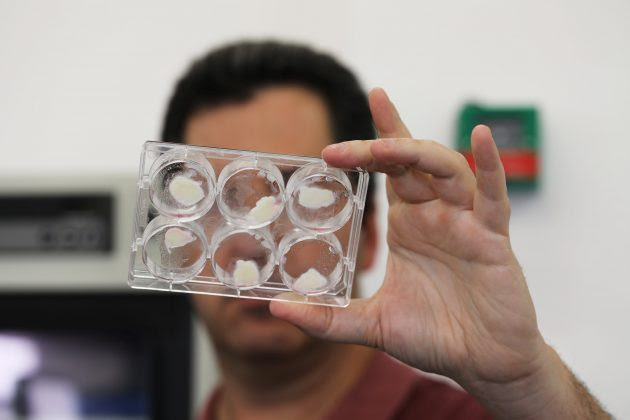 We’ve released our first annual Food & Bev Startup Investment report of 2017, which saw $1.08b in venture capital investments across 99 deals. Check out our report for a deep dive into the deals and trends.

In retail news, Amazon is reportedly offering more perks to its Prime members at Whole Foods, including 10% off already discounted products. Alibaba has launched a blockchain pilot for shoppers to see whether products are fake. Walmart is passing control of UK grocer Asda to Sainsbury in a deal worth $10b.

And finally, San Francisco startup ZeroCater has raised $12 million to expand beyond the Bay Area and take over office fridges and pantries.

Introducing our first annual Food & Bev Startup Investment Report by Ryan Williams. There were $1.08b in venture capital investments across 99 deals in 2017. Check out our report for a deep dive into the deals and trends.

The seed round was led by New Crop Capital and Stray Dog Capital. The capital will fund SuperMeat’s clean meat development in cultured chicken and its efforts to mass produce it.

4. Lab-Grown Meat Is Getting Cheap Enough for Anyone to Buy – Fast Company

Israel-based startup Future Meat Technology announced a $2.2m seed round of investment co-led by Tyson Ventures. The startup aims to sell its first products later this year, though its costs are still at $363 a pound.

5. ZeroCater Raises $12M to Rule the Fridges and Pantries of an Office – TechCrunch

The round was led by Cleveland Avenue, with participation by Justin Kan, Romulus Capital and Struck Capital. It plans to expand beyond lunch catering to startups in the Bay Area.

6. Amazon Plans More Prime Perks at Whole Foods, and It Will Change the Industry – CNBC

The world’s most widely used insecticides will be banned from all fields within six months, to protect both wild and honeybees that are vital to crop pollination.

Walmart’s plan to shed control of its UK grocery chain reflects a global strategy to emphasize faster-growing markets like China and India. Asda will combine with Sainsbury in a deal worth $10b as Walmart takes a loss of $2b.

Shoppers can see whether their product is fake by scanning a QR code with their phones. The blockchain technology is being initially trialled with products imported from Australia and New Zealand.

11. This Court Battle Will Decide Who Will Make a Fortune From Gene-Editing Tech – Bloomberg

The University of California Berkley, MIT and Harvard University are facing off in an appeals court over the question of who invented and thus can profit from CRISPR technology.

The brand launched with dry dog food and plans to expand to include other pet supplies. It will only be available to Prime subscribers.

Nestle’s Purina PetCare division has acquired a majority stake in the British dog food company from Draper Esprit. Financial terms were not disclosed.

Amazon has offered to purchase a 60% stake in Flipkart. Its bid is a counter to Walmart, which is reportedly in advanced talks to become its largest shareholder.

The service enables vendors of various indoor agriculture equipment to come to Contain when a client needs financing to purchase their wares.

The restaurant’s founders, who are Asian-American claimed they chose to embrace the term and reinterpret it positively for themselves.