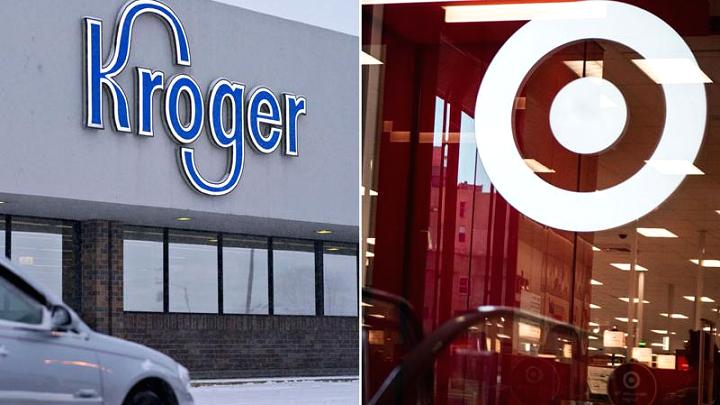 The grocery industry is grappling with Amazon’s increasing hold on the market. Retailers are considering new alliances–just this week Target and Kroger discussed a merger. Smaller chains are at risk of casualty, and the thousands of workers they employ may lose their jobs.

In restaurant news, former Uber CEO Travis Kalanick is entering the cloud kitchen market, with plans to head and invest $150 million into his company City Storage Systems. Deliveroo has plans to create its own personalized food offerings, half the cost of food as well as automate delivery and food production. Sweetgreen has announced its first major menu change in 10 years. Platforms such as blockchain and years of research have allowed the chain to stay sharp in the fast casual field.

And finally, Senator Mitch McConnell announced plans to legalize industrial hemp. If the bill passes, it could have major implications for the natural food industry.

The two companies began conversations last summer about a partnership that could improve Target’s grocery business and give Kroger customers more access to merchandise and e-commerce. Last year, their combined revenue added up to $195b.

2. Blue Apron-Airbnb Partnership Offers Tastes from Around the World, But Is That Enough? – Food Dive

The round was led by Renewal Funds with participation from agrifood tech VC Pontifax AgTech, Tesco, Tyson Ventures, Greenhouse Capital and Nicola Wealth Management. Funds will be used to expand its product offering as well as its sales, marketing and customer service teams.

The fate of thousands of supermarket workers is at stake, many of whom belong to labor unions and are owed pensions when they retire.

Fiesta Mart is valued at $300m, and its acquisition will position Modega Latina as one of the largest Hispanic food retailers in the US by revenue.

The farm is operated by Smallhold, a startup with a distributed network of mini farms in restaurants across New York City. Whole Foods is the company’s first retail partner. Its farm will grow up to 120 pounds of mushrooms each week.

Travis Kalanick will head and invest $150m into City Storage Systems, a new company that is repurposing non-performing real estate into kitchen facilities primarily for restaurants, shared-kitchen facilities, delivery services and other such establishments.

8. The New Era of Grocery Just Claimed Its First Victims – The Washington Post

Tops Markets and Southeastern Grocers both filed for bankruptcy. The filings of both long-standing retailers have fanned fears that some chains won’t make it through the industry’s current turmoil.

Khosla Ventures led the seed funding round for Opentrons. The Brooklyn-based startup is  building robots to automate the process of pipetting, a necessary task for getting DNA samples ready for sequencing. Funding has been used to develop and launch its robot.

Platforms such as blockchain have informed the company’s first major menu change in 10 years—a preemptive bid to to stay ahead of rivals in the fast casual field it helped create.

11. Deliveroo Plans to Make Its Own Food and Replace Chefs and Riders with Robots – Eater

The company has plans to create its own personalized food offerings, half the cost of food, automate delivery and food production as well as double its profit margins.

Whole Foods just slashed its marketing staff as Amazon pushes the brand to cut costs. The cuts are company-wide and do not apply to only Whole Foods’ northeast region.

13. What Legalizing Industrial Hemp Could Mean for Food – Project Nosh

Senate majority leader Mitch McConnell announced plans to legalize industrial hemp as an agricultural product. If passed, the bill could have major implications for the natural food industry.

15. Canada Wants Clearer Warnings on Junk Food. The US Is Using NAFTA to Stop Them. – Vox

Canada is poised to be the first high-income country to put warning labels on foods high in salt, sugar and fat. US trade representatives are seeking to override national food labeling policies in Mexico, Canada and the US through the NAFTA renegotiation.

AgShift’s seed round was led by Exfinity Ventures. It plans to hire more deep learning experts and prepare for full commercialization with more pilot studies.