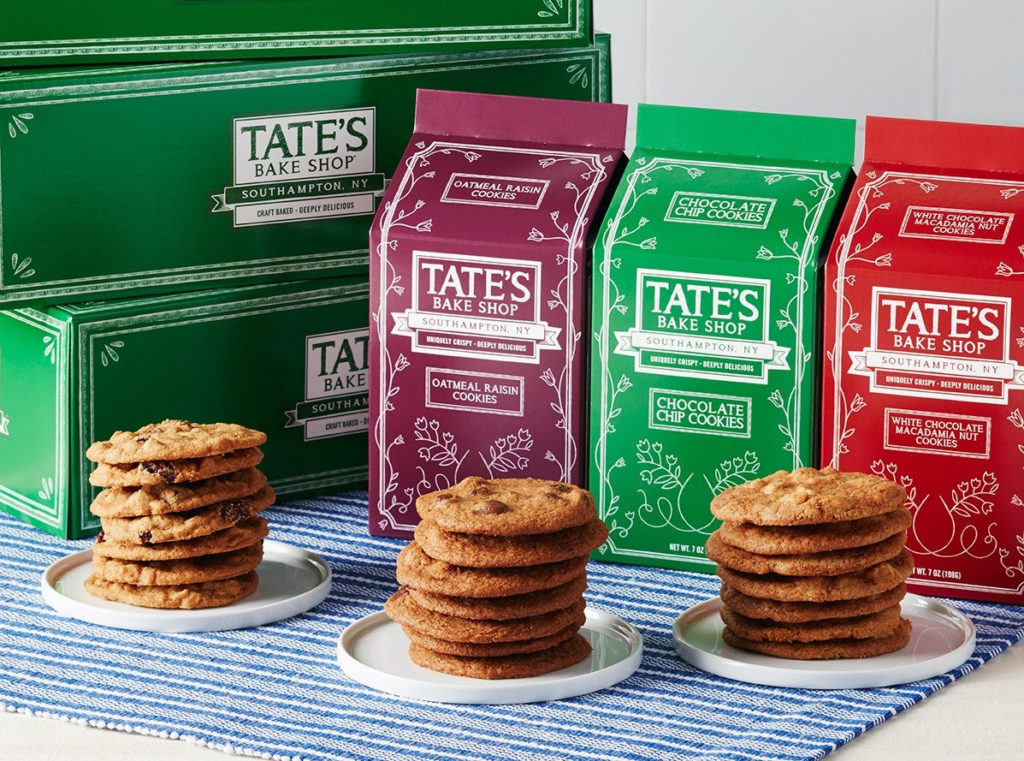 We’ve released our first annual Food & Bev Startup Investment report of 2017, which saw $1.08b in venture capital investments across 99 deals. Check out our report for a deep dive into the deals and trends.

Some major acquisitions took place in the CPG space this week. Nestle is betting $7.15 billion on Starbucks to revive its coffee sales, by paying the rights to market its branded products. Mondelez has purchased Tate’s Cookies for $500 million as it seeks to address changing consumer tastes.

Meal kit are getting a boost as they move in-store. Blue Apron announced a 30% reduction in price for its meal kits sold in Costco. Chef’d announced expansion to more than a dozen retailers nationwide, including Costco, Harris Teeter, Tops, Hy-vee, Weis and Gelson’s Markets. Purple Carrot closed $4m from Del Monte.

And finally, the USDA’s long-awaited GMO label is here–term “bioengineered” will be used to label foods instead of “genetically modified”. Calorie counts are now required at thousands of restaurants, grocery stores and movie theaters.

Introducing our first annual Food & Bev Startup Investment Report by Ryan Williams. There were $1.08b in venture capital investments across 99 deals in 2017. Check out our report for a deep dive into the deals and trends.

2. Nestle Bets $7B on Starbucks to Revive Coffee Sales – Bloomberg

Nestle will pay $7.15b for the right to market Starbucks-branded products, marrying its international distribution network with the allure of the biggest name in coffee.

3. Beloved Tate’s Cookies Has Been Scooped Up by Oreo’s Parent Company – Fast Company

Mondelez purchased Tate’s Cookies for $500m. Tate’s sales have quadrupled over the past five years. It plans to expand its distribution as a standalone business.

Blue Apron is now selling its meal kits in select Costco stores at 30% off the normal price. The company has plans to expand distribution beyond San Francisco and the Pacific Northwest in the future.

Helping with the retail push is Smithfield Foods, which invested $25m in Chef’d last year. The meal kit will expand to more than a dozen retailers nationwide.

Funding came from Scale Venture Partners, Calibrate Ventures, Honeywell Ventures and Tekfen Ventures, along with existing investors. The new round will help push Soft further into the F&B categories, along with larger presence in retail and logistics.

7. Uber Plans to Test Food Delivery by Drone in Under 30 Minutes – Bloomberg

The company plans to deliver food by drone in San Diego as part of a wide-reaching commercial test program approved by the federal government.

Purple Carrot has just received $4m from Del Monte, which gives it access to a national distribution network and supply chain.

ADM’s Cibus Fund was joined by GreenSoil Investments and Middleland Capital. The startup uses root-focused plant breeding methods to increase crop yields. It plans to use the funding to scale its operations and enter new markets in Asia.

Funding came from a syndicate of individual investors in the agriculture and software industries. Since launching in June 2017, it has expanded to more than 400 elevator and ethanol plants across the US and Canada.

International Flavors & Fragrances jumped into a rush of dealmaking in the food-flavoring industry, agreeing to buy Israel’s Frutarom. The company is tapping the fast-growing market for natural food ingredients.

The deal will give Walmart a leading position in the growing market of 1.3b people and a chance to rebuild its reputation online.

14. Mandatory GMO Labels Are Coming to Your Food – The Washington Post

Food products may be exempted from labeling if they are made with some refined GM sugars and oils, or if it contains those ingredients in certain amounts. The term “bioengineered” will be used to label foods instead of “genetically modified”.

15. Obama’s Calorie Rule Kicks in Thanks to Trump – Politico

One of Barack Obama’s top food policy rules has escaped Trump’s war on regulations. Starting Monday, calorie counts will have to be posted at thousands of restaurants, grocery stores and movie theaters.