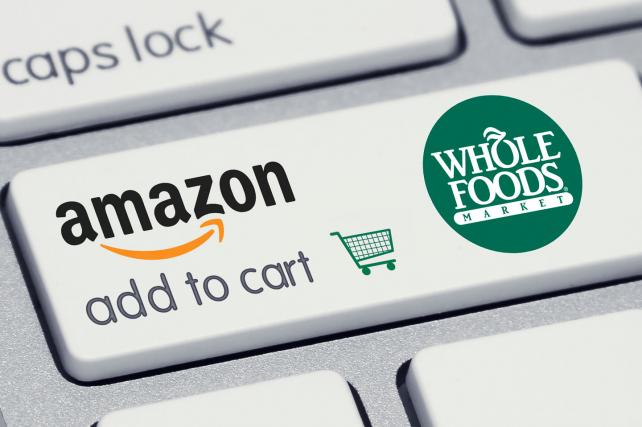 Agfunder has released their AgriFood Tech Investing Report 2017, posting a 29% year-over-year increase to $10.1 billion for early stage investments in agrifood tech startups. The number of deals fell 17% as investors made larger bets on fewer companies.

The retail war continues. Walmart has introduced meal kits to its stores and online grocery service. It is also developing a new technology that has the potential to save it $2 billion in food waste and was just issued a patent for robot shopping carts. Instacart has applied for a patent for a mobile self-checkout system. Meanwhile, Amazon has committed to $22 billion in future food purchases as it bulks up Whole Foods.

In CPG news, bone broth company Ancient Nutrition has closed a minority investment of $103 million led by VMG Partners. Exo has been acquired for an undisclosed sum by insect food company Aspire. Kraft Heinz has launched its own food innovation platform, and Unilever has officially entered the organic market with its own plant-based brand.

1. AgriFood Tech Investment Surges to $10.1B Bringing in a New Normal – AgFunder

Early Stage investment in agrifood tech startups reached $10.1b in 2017,posting a 29% year-over-year increase and reversing the downward trend of 2016. The deal count fell by 17% to 949, with the most dramatic contraction at seed stage.

Bone broth company Ancient Nutrition closed a $103m minority investment led by VMG Partners, along with Hillhouse Capital, ICONIQ Capital and others. The investment will allow the brand to expand into Asia.

Walmart’s affordable alternative to meal kit delivery subscriptions is now available at over 250 stores as well as its online grocery pickup service. The meal kits will be available to over 2k locations by the end of the year.

4. Amazon Has Committed to Roughly $22B in Future Food Purchases as It Bulks Up Whole Foods – CNBC

Big multi-year contracts are rare for the e-commerce giant. The disclosure reflects its long-term plan to turn Whole Foods into a major revenue driver.

Instacart has filed a patent for a mobile self-checkout system that would allow shoppers to bypass in-store checkouts, hinting at ways the retailer might speed up its delivery operations.

Walmart was just awarded a patent that it filed two years ago for what looks like a self-driving shopping cart.

The Springboard platform seeks to partner and develop brands within one of four pillars: natural and organic, specialty and craft, health and performance; and experiential brands.

9. Walmart Is Unleashing a Weapon Worth $2B That Could Deal a Blow to Whole Foods – Business Insider

Walmart is developing a technology called Eden that inspects products for defects and can predict the date when it will spoil. The company states it will save $2b in food waste over the next five years.

Unilever’s plant-based snacks, Growing Roots, will allocate half of its profits to urban farming initiatives.

A year after announcing its partnership with Caliburger, Miso Robotics’ AI-enabled line cook is joining the human crew at the fast casual restaurant’s Pasadena location.

The seed round was led by TenOneTen Ventures, with participation from Act One Ventures, Mucker Capital and others. Funding will be used to accelerate growth and integrate with more delivery services.

The funds will be used to strengthen the team’s leadership position in its core markets by investing in product and technology. With this deal, Zomato’s valuation has been pegged at $1.1b.

Agrofy has raised a $6m Series A round led by Sao Paulo Ventures to build out the site’s capabilities and broaden the product supply. The marketplace offers farm machinery, financial services and consulting services.

Global agriculture and food technology startups received a record $10.1b in 2017, up 29% from 2016. The number of deals fell 17% as investors made larger bets on fewer companies.