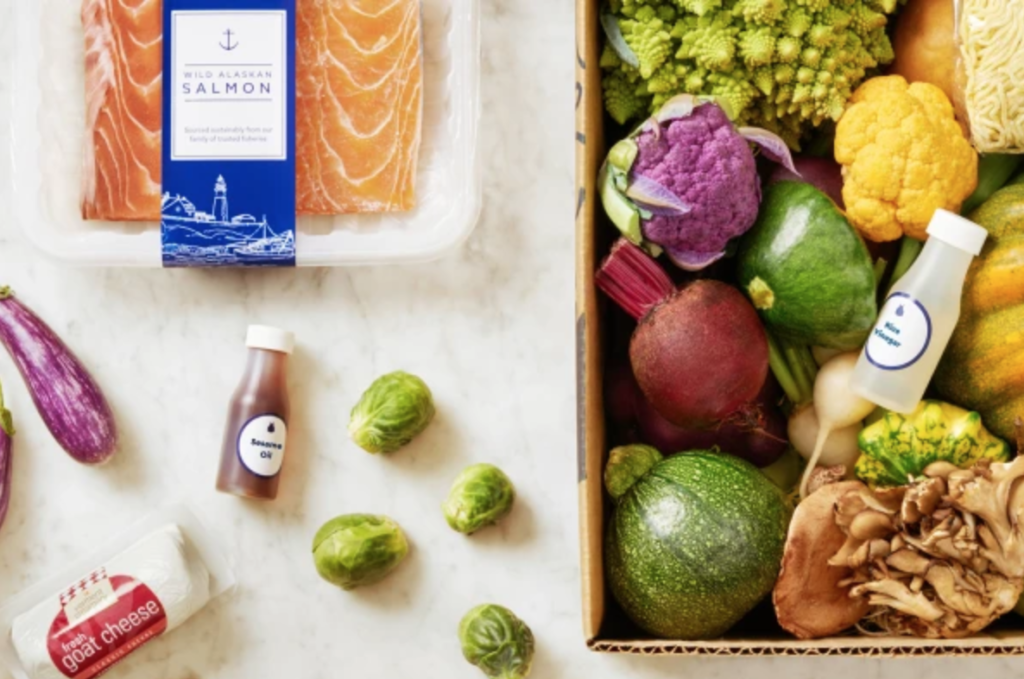 Wayne Pacelle, one of the most well-known animal rights advocates in the country, has stepped down as the CEO of Humane Society after facing a staff revolt and fleeing donors amid sexual harassment allegations.

Blue Apron shares rallied 7% when a Gabelli & Co analyst labeled Walmart as a logical buyer. Kroger has sold its convenient stores to British gas station operator EG group for $2.5 billion as it sharpens focus on its grocery business. Whole Foods has been making waves in retail news with the launch of its two-day Amazon Prime delivery and newly implemented rates for suppliers.

Tyson’s VC venture has backed the countertop smart oven startup, Tovola, for an undisclosed sum. Swiggy has garnered $100 million from Meituan-Dianping and Naspers. Yum Brands has purchased a 3% stake in GrubHub for $200 million.

Wayne Pacelle resigned Friday amid a staff revolt and feeing donors over sexual harassment allegations against him and a former top executive. News broke last week of an internal investigation dating back to 2005.

The chain will sell nearly 800 convenience stores to the British gas station operator as it sharpens focus on its mainstay grocery business. It plans to use proceeds from the sale to buy back shares and lower debt.

Amazon will be offering free two-hour delivery of Whole Foods products to Amazon Prime customers in select cities starting today. It plans to expand the service across the country over the year.

5. Getting Your Product on Shelves at Whole Foods Just Got Harder – Wall Street Journal

Whole Foods is asking suppliers of all sizes to pay new rates for prime shelf space as it tries to boost profits and better organize the exploding number of natural and organic products hitting the market.

Tovala, a company making countertop smart ovens that heat ready-to-cook meals, is the latest startup to receive backing from Tyson’s VC arm. No terms were announced.

The funding will primarily be used to strengthen their market position, new service and product offerings as well as increase investments in the ‘New Supply’ business line. The company has raised $255m so far.

Yum will partner with GrubHub to add online ordering for pickup and delivery to its restaurants, increasing customers’ access to its KFC, Taco Bell and Pizza Hutt brands.

The company is trying to fuel growth by pulling in mainstream customers at 7-Eleven on the East Coast.

Sirius joined in the seed funding round led by New Crop Capital and Stray Dog Capital. The round also saw SuperMeat striking partnership with PHW, one of Europe’s top poultry producers. Funding will be used to further scientific research and work towards scalability.

Danone Manifesto Ventures joined Mousse Partners and AccelFoods in the round. The company will use the investment to enhance sustainable production capacity in Thailand, increase brand awareness and widen distribution.

The round is led by Balderton Capital, bringing total raised to $35m. New capital will be used for international expansion and to further develop its 5k square meter R&D center in Berlin. The startup is targeting 1k farms to be operational across Europe by the end of 2019.

Investors of the series A equity round were undisclosed. New capital will be aimed at scaling the company.

14. Agrilyst Adds Horizons Ventures to New Round with Eyes on China – AgFunder

Investors included Brain Robotics Capital and unnamed angel investors. The new funding will allow the startup to add engineering and sales staff to its team.