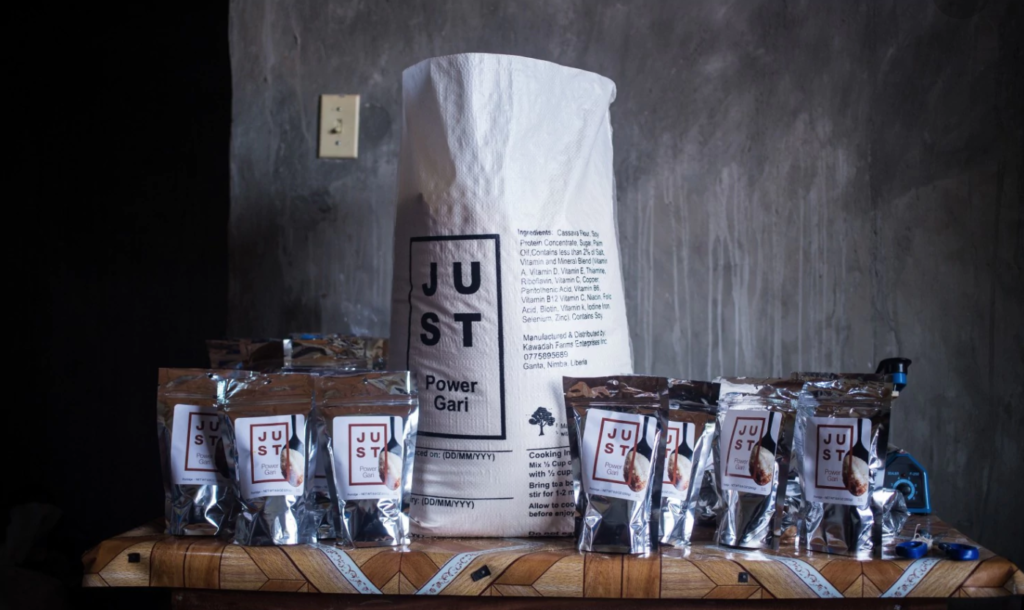 DoorDash has swallowed another half billion dollars of capital from SoftBank, Sequoia, GIC, and Wellcome Trust. The company is making it clear that investors are buying into its delivery vision. Ford has picked Miami to be its test-bed for driverless delivery, beginning with a partnership with Domino’s and Postmates. In China, Alibaba has agreed to buy out Ele.me, hand it the biggest chunk of the Chinese online food delivery market.

JUST, formerly known as Hampton Creek, is going public with a product it describes as its solution to addressing West African malnutrition. The fortified cassava porridge, dubbed Power Gari, has earned the approval of local schools and nonprofits in Liberia.

After remaining in the shadows after a $4 million investment, startup AiFI has announced the availability of its own checkout-free solution for retailers. Walmart’s membership warehouse, Sam’s Club, has partnered with Instacart to offer same-day delivery and rival Amazon.

The Series D round comes from SoftBank as well as returning backers Sequoia, GIC, and Wellcome Trust, valuing the company at $1.4b. The company plans to triple its markets to 1.8k cities by the end of 2018 and add another 250 employees.

The Miami experiment will test self-driving cars that will deliver food for Domino’s and Postmates. It will involve both self-driving cars and human-driven cars made to ceate an experience of what it is like for a robot to make a delivery.

3. The Silicon Valley Food Startup Best Known for Its Vegan Mayo Thinks It Can Cure Malnutrition in Africa – The Washington Post

JUST is launching a fortified cassava porridge dubbed Power Gari to compete with foods currently offered by development organizations in Africa. CEO Josh Tetrick predicts it will be on sale in 15 African countries within two years.

4. AiFi Emerges from Stealth with Its Own Cashier-Free Retail, Similar to Amazon – TechCrunch

AiFi will unveil its technology at a 50k square-foot store of an undisclosed major retailer. The company was founded by former Google and Apple employees, and has received $4m in funding to date.

The e-commerce giant has agreed to buy Ele.me, which has been valued at $6b. An acquisition would hand it the biggest chunk of Chinese online food delivery and pit it against Dianping.

6. Seeds Only a Plant Breeder Could Love, Until Now – New York Times

Dan Barber has partnered with upstate seedman Matthew Goldfarb and Cornell plant breeder Michael Mazourek to start Row 7 Seed Company. The founders aim to give breeders the chance to reach a big market by connecting them with chefs, home growers and smaller farmers.

Funding was led by Mérieux Développement and Paladin Capital Group. The new capital will be used to expand its research capabilities and strengthen its internal team of research experts.

8. What Out, Cows. Yeast Is Gunning to Be the Next Dairy Disruptor – Quartz

After raising $24.7m in Series A funding, Silicon Valley food tech startup Perfect Day is now in talks to sell its newly-patented non-milk proteins to large food brands as a replacement for whey and casein.

Earlier this month, Amazon began offering Whole Food deliveries through its Prime Now service. Walmart is now fighting back by partnering its Sam’s Club with Instacart to offer same-day delivery of groceries and household goods.

Nimble Ventures and Viking Global Investors led the round with participation from Tencent. The seed round will be used to develop its DNA-sequencing microorganism discovery platform.

Upmarket chain Ekoplaza has introduced what it billed as the world’s first plastic-free aisle in Amsterdam. It contains 700 items of meat, sauces, cereals, yogurt and chocolate packaged in compostable or reusable materials.

As of now, just 24% of investment goes to female-led businesses.

The startup raised $2.2m to expand its service into new markets, acquire talent and upgrade its technology.

The investment was led by Hubei Forbon, Ramat Magshimim and Miguel Torres Winery along with existing investors. The company will use funds to bring its first products to market and continue development of its sensors for vineyards.