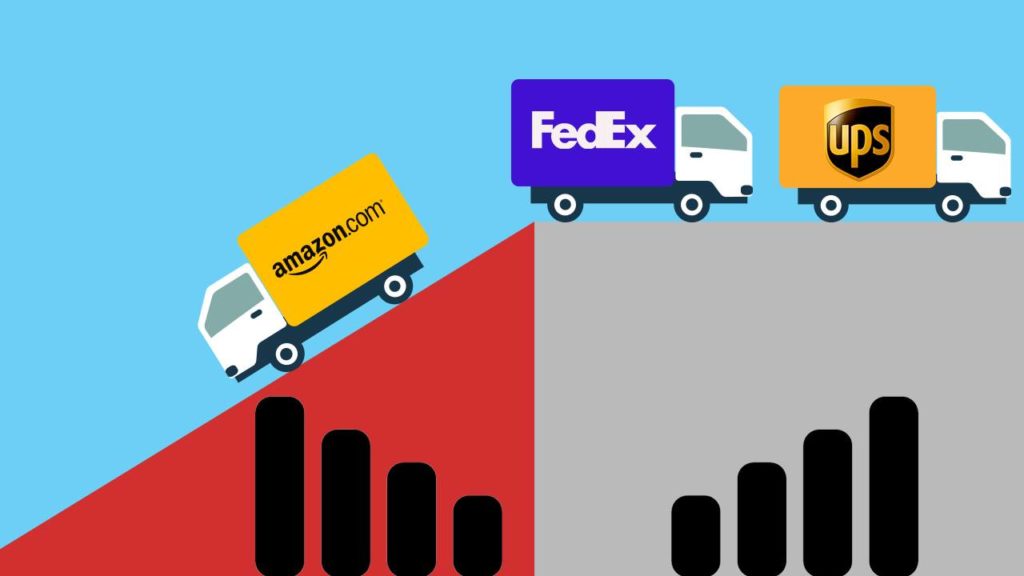 Retail news is on fire this week. Amazon launched its delivery service for businesses that will rival FedEx and UPS. To take on increasing competition from the e-commerce giant, Instacart has swallowed $200 million in a Series E round led by Coatue Management and Glade Brook Capital Partners. Israel-based CommonSense Robotics has scored $20 million for online grocery fulfillment. In China, the checkout-free chain He Ma plans to roll out 30 more stores in Beijing.

Hamburger-flipping robot maker Miso Robotics has landed $10 million as it rolls out Flippy to 50 Caliburger locations. In India, Ola is pumping $62.2 million into recently acquired Foodpanda to bolster its logistics and tech capabilities.

And finally, the Trump administration proposed a radical overhaul of the SNAP program with a Blue Apron-type “Harvest Box” that only includes shelf-stable and canned food. Reaction has been largely negative.

Dubbed “Shipping with Amazon” (SWA), the new service will pick up packages from businesses and ship them to consumers. It will first roll out in Los Angeles in the coming weeks.

The Series E financing was led by Coatue Management and Glade Brook Capital Partners, valuing the company at approximately $4.2b.

The round was led by Playground Global, with participation from previous investors Aleph VC and Innovation Endeavors. Funds will be used to scale up its facility deployment rate, develop robotics and AI as well as expand global operations and sales.

4. This Week in China Tech: Alibaba Brings AI to Pig Farming and Retail Tech on the Rise – Forbes

Ali Cloud, Alibaba’s answer to Amazon Web Services, has partnered with Te Qu and Kang De groups to raise pigs using AI. The Amazon Go concept has been in China since 2016 through the company He Ma. It is expanding with 30 more stores opening in Beijing this year.

The latest windfall was led by Acacia Research Corporation, bringing total disclosed funding to $14m. The company is ramping up production and getting ready to deliver its hamburger-cooking robot Flippy to 50 CaliBurger locations.

The capital infusion will be geared towards bolstering Foodpanda’s logistics and tech capabilities. Foodpanda aims to make onboarding of new restaurants more seamless.

Funding came from Echo Capital, Essential Investments and unnamed angel investors. The company plans to expand and promote its products.

Yakult shares tumbled the most in 19 months after Danone announced plans to sell $1.8b of the Japanese company’s stocks amid pressures from an activist investor to boost returns.

The move is the latest step by Nestle to expand its profile in healthy foods as it seeks to offset weakness in the packaged foods sector. Financial terms were not disclosed.

The round came from iSelect Fund, Argonautic Ventures, Horizons Lab and Onlan Capital Fund along with existing investors Compound and the New York State Innovation Capital Fund. It plans to use new funding to support its growth of product lines and expand into new markets.

Plasmotics is increasing the speed and lowering the cost of designing new seeds. TechAccel’s investment will fund a science advancement initiative designed to accelerate the startup’s technology and insect control trait currently in development.

The United States Cattlemen’s Association filed a petition with the USDA asking for new beef labeling requirements to make sure anything labeled “beef” or “meat” comes straight from a cow.

14. Trump Administration Wants to Decide What Food SNAP Recipients Will Get – NPR

Under the proposal, low-income Americans who make up 80% of all SNAP recipients would get about half of their benefits in the form of a USDA foods package, which would not include any fresh fruits or vegetables.

The company has partnered with Alameda County Community Food Bank and Second Harvest Food Bank to provide regular donations of its plant-based burger patties to residents in food assistance programs.