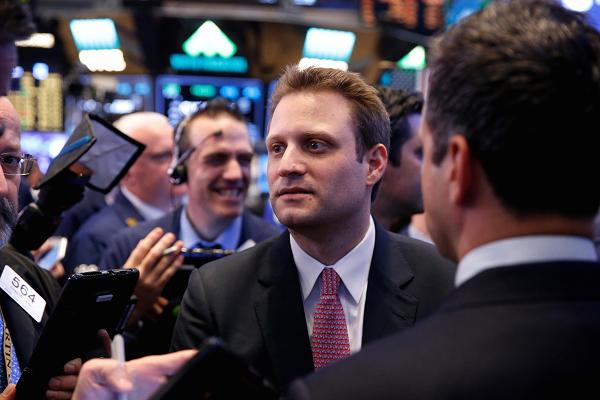 The agtech sector drew in major investments this week. Gingko Bioworks led the way with $265 million, followed by Indigo, which raised $203 million. Uptake announced a $117 million series D round and Arzeda closed a $15.2m series A round. Lumen Bioscience, a biotech company, raised $13 million.

In CPG News, Nestle has made its fourth giant acquisition this year with its purchase of vitamin maker Atrium Innovations for $2.3 billion.

Blue Apron underwent a CEO shuffle this week, as Matt Salzberg announced he was stepping down after many disruptive changes and a 70% slump in sales since the company’s IPO.

1. Blue Apron’s Problems Are Too Big for Any CEO – Bloomberg

Co-founder Matt Salzberg stepped down as CEO, turning the job over to current CFO Brad Dickerson. The company’s sales have tumbled 70% since its IPO.

2. Nestle to Buy Vitamin Maker Atrium Innovations for $2.3B – Reuters

It hopes to expand its presence in consumer health care as it seeks to offset weakness in packaged foods. This is Nestle’s fourth purchase in recent months, following Sweet Earth, Blue Bottle Coffee and Chameleon Cold Brew Coffee.

The fund has secured backers including Jeff Bezos and Eric Schmidt. It plans to provide membership and financing to entrepreneurs located outside of Silicon Valley, NYC, Boston and other major business hubs.

The agtech startup raised an addition $47m from the Investment Corporation of Dubai, bringing the the it’s total Series D funding to $203 million. The company is now valued at $1.4b and will use the funding to open or expand new offices in Australia, Argentina and Brazil, as well as continue to research.

5. Gingko Bioworks, ‘The Organism Company,’ Is Now Worth over $1B – Recode

The Boston-based startup has raised $265m from an unknown investor. The company creates fragrances and foods out of microbugs.

Baillie Gifford led the round, which also included GreatPoint Ventures and Revolution Growth. The investment round brings Uptake’s total funding to $264m. It is now valued at $2.3b.

The company acquired Clarks for an undisclosed amount. The natural sweetener company generated about $9.5m in net sales in 2016.

The company will acquire Field Roast Grain for $120m to expand its alternative protein portfolio in the US market.

10. In the UK, a Takeaway Company Is Now Worth More Than Almost Every Major Supermarket – Quartz

Just Eat, which specializes in the delivery of mass-market takeaway foods, is set to join the UK’s benchmark stock index just 3.5 years after going public. Its stock has surged 40% this year, giving it a market value of $7.5b.

With the new funding, Arzeda will ramp up its capacity to produce custom proteins and will double its staff.

The new capital infusion brings Movile’s total haul to over $250m. As of September 2017, the company reached 6.2m monthly orders and became the largest food delivery company in Latin America.

Lumen Bioscience raised funds from Avista Development Corporation, BioEconomy Capital and biotech investors along with a $1.8m grant from the Department of Energy. The funding will support its manufacturing of pigments made from spirulina.