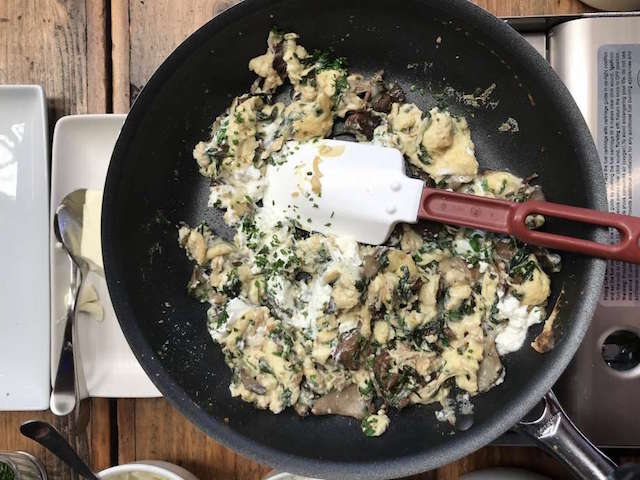 The Amazon-Whole Foods deal appears to have posed an opportunity and a failure in the retail sector in the past week. Instacart has nailed a deal to offer same day delivery at 1,800 of Albertsons stores. Door to Door Organics abruptly shuttered before Thanksgiving due to uncertainty among its investors. In China, Alibaba’s $2.9 billion deal to buy a piece of China’s largest hypermart chain to take on Walmart in the world’s largest retail arena.

In CPG news, Mars has taken a stake in KIND, which is currently valued at up to $4 billion.

While food media is primarily comprised of females, why aren’t they writing about female chefs? When it comes to the impact of women in food, there’s a wealth of untapped stories to explore. Pastry chef and TV host Johnny Iuzzini is the latest food celebrity to be accused of sexual misconduct. Deliveroo added $98 million to its Series F, bringing total raised to $1 billion. Steve Ells has stepped down from a 25-year tenure as CEO of Chipotle.

The startup is trying to clean up its act with the help of a new board of directors, fresh funding and a new egg-free product made from vegetable protein called “Just Scramble”.

Lead investors were global asset management firm T. Rowe Price and Singapore state fund Temasek. FBN will use proceeds to build out its crop market platform and expand into Canada.

The company was in the midst of a $20m Series C round of funding when it shut down abruptly shuttered before Thanksgiving. The Amazon-Whole Foods acquisition has created uncertainty among investors.

4. Alibaba Bets $2.9B It Can Take on Walmart in China – Bloomberg

The online giant is acquiring a 36% stake in Sun Art Retail, which operates about 400 hypermarkets. As part of the deal, France’s Auchan Retail will raise its stake to a similar level and form an alliance to tackle China’s food retail sector.

Investment was led by T. Rowe Price Associates and Fidelity Management & Research Company, and brings total raised to nearly $1B. The money comes as Deliveroo is in expansion mode, gearing up to hit the 200-city mark this week and growing.

Ells has been named executive chairman after serving a 25-year tenure as CEO. His departure comes as Chipotle struggles to maintain its status.

The deal gives Mars the option to fully acquire KIND down the road, which is currently valued at $3b to $4b. With Mars’ investment, KIND expects to expand distribution to other countries and build out its product through innovation and acquisition.

8. Food Media Is Dominated by Women. So Why Aren’t We Writing About Female Chefs? – Esquire

When it comes to impact of women in food, there’s a wealth of untapped stories to explore.

The pastry chef and TV host is the latest food-world celebrity to be accused of sexual misconduct while working at Jean-Georges. The restaurant group announced a public apology and commitment to improving its HR.

The total value of the agreement swells to around $2.9b after Buffalo Wild Wings’ debt is included. BWW has 1,250 locations in 10 countries, and Arby’s has over 3.3k restaurants in seven countries.

11. Beyond Meat to Bring Its Plant-Based Burger to TGI Fridays’ Menu – Fast Company

Beginning in January, more than 465 of the restaurant chain’s outposts will incorporate the patty into its recently revamped Burger Bar.

Eatsa has announced that it will expand its robotic platform to the fast casual restaurant chain Wow Bao in Chicago next month. The company has now switched its focus to offering automated tech as a platform for other restaurants.

The deal will offer same day delivery at 1.8k of Albertsons stores, helping Instacart deliver on its promise to be available in 80% of markets across the US by the end of 2018.

Ocado’s “pick stations” constitute an assembly line of robotic arms that use computer vision and algorithms to assess the items being handled. It has plans to implement the new system into its warehouse soon.

Severe obesity affects 4.5m children in the US. One in five have a chance of being normal weight adults. Racial and ethnic disparities in weight are already apparent by age two.