Agtech Funding Explodes: $2B+ Invested in First Half of 2015 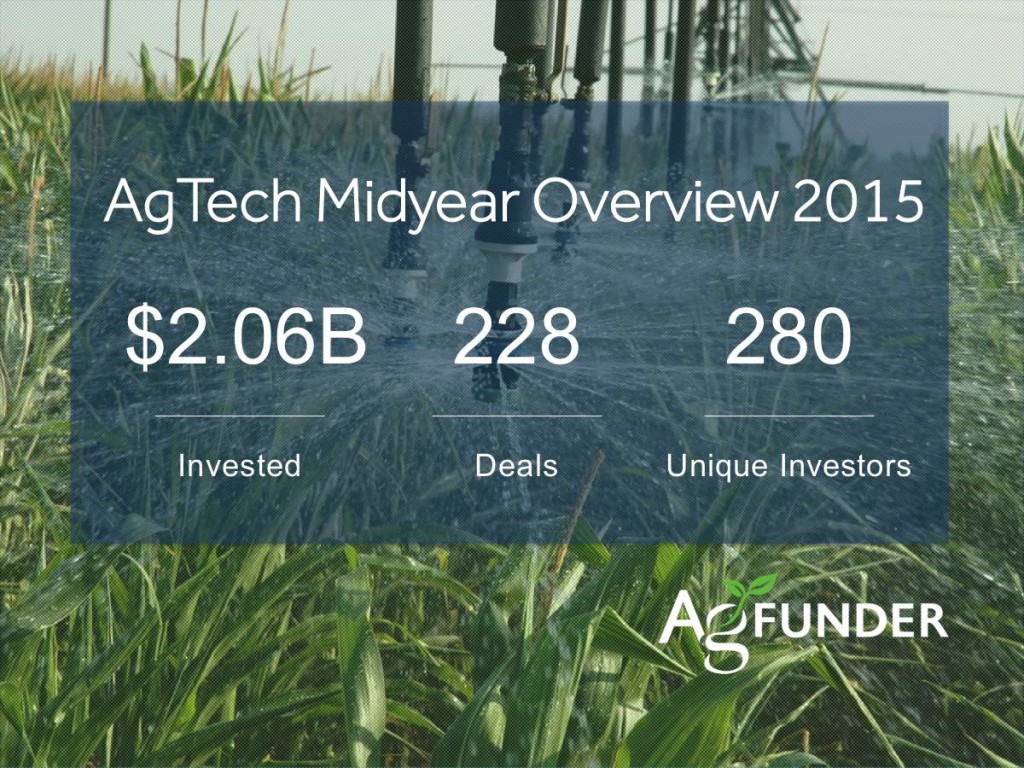 AgFunder reported that agtech investment during the first half of 2015 nearly surpassed 2014’s total investment in our Midyear AgTech Investing Report (free download). A whopping $2.06 billion was invested into the sector across 228 deals involving 280 unique investors, compared to $2.4 billion in all of 2014. 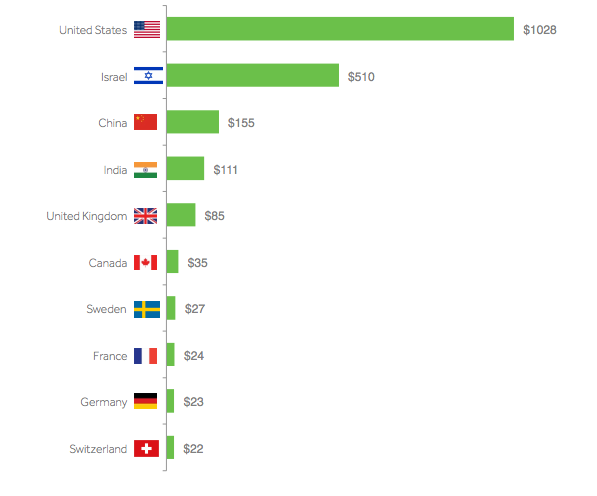 These numbers are likely understating activity because many  overseas deals in private markets aren’t reported. However the report showcases the global relevance of the agtech sector, as roughly $1 billion was invested into non-US companies in the first half of 2015, with companies for Israel and China bringing in $510 million and $155 million respectively. 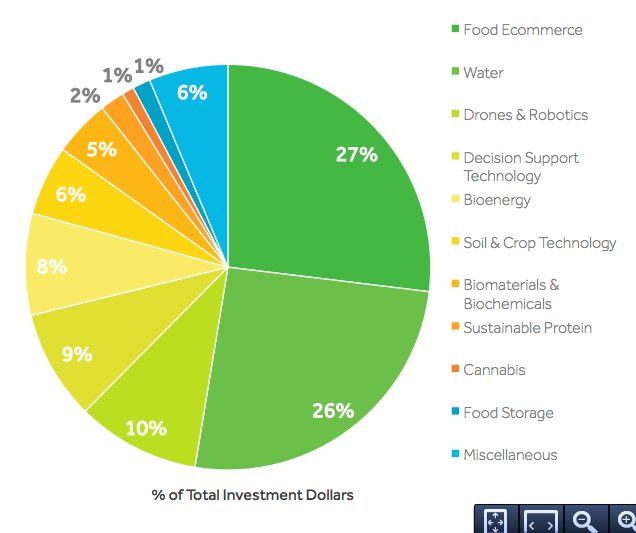 A few subsectors of the agtech space received more investment than others, but diversity was still the name of the game, as companies across food e-commerce, water, drones, bioenergy, soil technology, cannabis and more attracted venture capital.

For the farm management and big data subsector, Farmers Business Network received $15 million in Series B funding from some big name VCs. New investor Google Ventures led the round, which included prior investors Kleiner Perkins Caufield & Byers and DBL, an impact investment firm.

We included the food e-commerce subsector in our report, due to its massive potential to reshape the food value chain and get consumers closer to the point of production. These businesses are bringing much needed innovation to the supply chain. It represented the largest subsector in volume and deal sizes with $551 million in investment. A big reason for this is the growing maturity of the food e-commerce space. First generation companies from the US such as Blue Apron and Munchery are now later stage raising $135 million in Series D and $85 million in Series C funding respectively.

There is also a growing number of “me-too” players dining out on the subsector’s hype. Indian grocery delivery startup Pepper Tap is growing quickly after raising $1.2 million of seed funding in March and then bringing in a further $10 million in April. Other international food e-commerce deals included China’s Fruitday, which raised $70 million in Series C funding, and MatHem, a Swedish company, which raised $25 million.

Amid the historic drought in California, water technology companies pulled in $525 million of investment, making it the second most funded subsector. This included support from USDA and Farm Credit System-sponsored Advantage Capital Agribusiness Partners (ACAP). ACAP was the first asset manager to receive a Rural Business Investment Company licence from the USDA as part of an initiative to channel more funds into rural start-ups and it invested $5 million into Hortau, a Californian precision irrigation management company in June.

But the vast majority of the investment volume in the water subsector went to Israeli drip irrigation provider Netafim, which brought in $500 million in debt financing in Q1. The world’s largest drip irrigation service provider, Netafim is promising to take its drip irrigation technology across the developing world from China and India to Brazil and Africa. 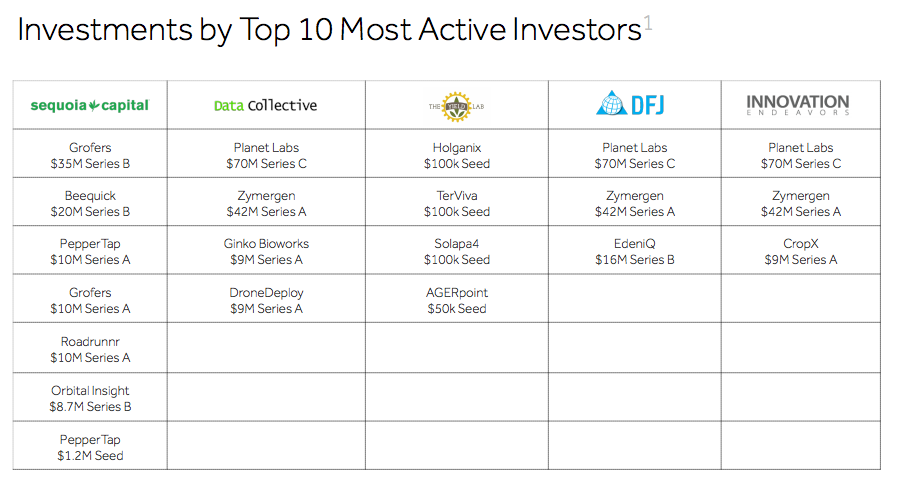 While growth slowed a little in Q2 compared to Q1 (this happened in 2014 as well), the first half of 2015 has pushed agtech into the mainstream of venture capital investing. Of course, the ag or sustainability-focused venture capitalists made strong appearances, but increasing numbers of generalist technology VC firms are supporting the agtech sector such as Sequoia Capital, Innovation Endeavours, Accel Partners, Qualcomm Ventures, DFJ, and even the World Bank’s International Finance Corp made an appearance.

This increasing pool of investors also coincides with a movement in median funding sizes to align more closely with those in the tech VC market — Series A fundings came in at a median of $4.3M, $11M for Series B, and $20M for Series C.

Current investment puts the agtech sector to exceed $4 billion of investment for 2015, compared to $2.36 billion for all of 2014. We’ve already seen a few notable deals in July from players like Plated ($35m), Zesty ($17m), and Granular ($18.7m), suggesting that VCs are still showing an appetite for Series B (or large Series A) raises in food e-commerce, precision ag and soil & crop technology. We’ve heard rumors of several large foodtech deals and we’re expecting a broader spectrum of new startups as different areas of the value chain are identified for overhaul.

We know that large food and ag players are watching the space closely, although it may still be too early for large exits. We have seen a few smaller exits, mostly in the precision agriculture space, and we expect those to continue as the sector finds some consolidation.

Find this article valuable? Help us continue bringing you the news, insights and community you depend on by making a small contribution. Learn more HERE.