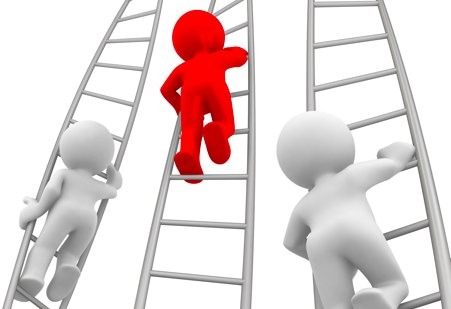 How much time do you spend worrying about your competitors?

If you answers yes to these questions, then congratulations, you’re a human being building a company. It’s natural. We all feel those things at some point. The people who don’t are the people who have learned through experience, how little all of that really matters. Here’s why…

The chance that both of you will always be doing the same thing is really slim.

Most startups will change their product several times before landing on one that clicks. So your perfect product that you’re sooo worried about your competitor copying today will probably change a few times over.

I remember for a while everyone was asking us if we’re concerned about a company that was coming out called Culination. They’re another company that’s helping people cook. But today, our products are so different it’s almost comical to think that people pinned us as competitors. If anything, our products are poised to work side by side.

Which leads to the next point…

After you pivot, there’s a good chance that if you’re both still trying to solve similar problems, that there will be opportunities to partner.

That’s why it’s so important to never burn bridges. Even if you’re doing the same exact thing, take the call, build a good rapport. If you’re a dick to the competition, you’re just setting a bad tone for a relationship that you might have to be involved in for a long time.

I remember getting on a call with Nick Taranto from Plated when we were both launching around the same time. At that point, we were building very similar products, with the delivery of ingredients for meals that you can cook at home. I wasn’t sure what to expect when I got on the call with Nick but he was polite, open and shared a lot of their learnings as did I. It ended up being super helpful, and as we have long since moved away from the delivery model, I’m excited whenever I get to recommend their service to our students.

3. If you both succeed, you validate the market

You’re startups, which means you have much bigger fish to fry than each other. First you should worry about whether or not you’re actually solving a problem for people. Sometimes it’s a problem that people don’t know they have yet, or maybe you’re trying to change some behavior. No matter what, the more companies that find success in reaching that market, the more general awareness there is within that market and the more validation you can get about how big that market really is.

Trust me, if the market is as big as you claim it is in your investor deck, there’s plenty of room for both of you. Look at box, dropbox, drive and the thousands of other companies in the cloud storage space. They all seem to be doing alright.

4. The press loves a good battle

The funny thing is, even if you don’t care about a competitor (or don’t even view someone as a competitor) other people will still ask you about it. People LOVE a good rivalry.

5. They’re as clueless as you are

We all get the urge to look at what competitors are doing and use that as “inspiration”. We look at their products, their copy, their press, their strategy…anything that will make us feel like we’re headed in the right direction.

Sorry, that won’t work. The truth is they’re probably as clueless as you are. The same way you’re taking guesses, forming hypothesis, throwing shit at the wall and seeing what sticks, they’re doing the same exact thing.

So don’t be so quick to copy anyone else.

6. You have no idea who’s actually succeeding or not

On that note, you also have no idea who’s actually succeeding.

What we tend to do is look at the surface level stuff. We see nice offices, big teams, lots of press and all the things that make a company LOOK successful. Whether or not they actually are successful is a completely different story.

Competition doesn’t kill startups. Startups fail when they give up.

You have an insane amount of challenges ahead of you. All the odds are stacked against you.

The only way you actually win is by staying focused on solving a real problem for real people. If you can do that, you’ll win.

This post originally appeared on What Spinks Thinks on December 9, 2013.

Be sure to check out David’s other posts:

And our posts on the Feast’s business model and lessons learned: