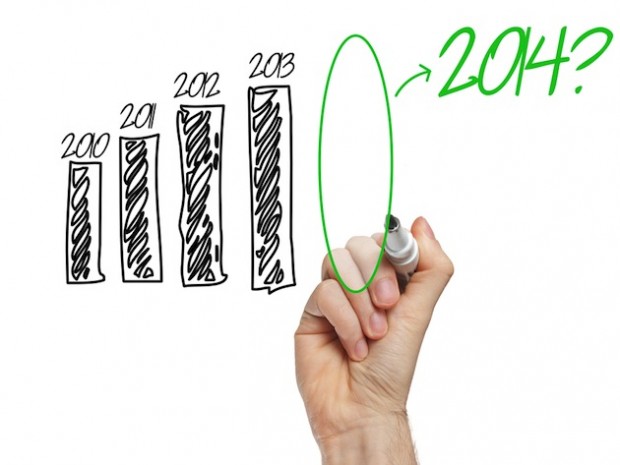 As a director of concept for a large restaurant / bakery-cafe chain, it’s my job to follow trends. In 2013, boutique health trends like gluten-free, fermentation and paleo gained quite a bit of traction. In 2014, I predict we’ll see these novelties mature and grow beyond what we could have imagined just a few years ago.

So, without further ado, here are my top 5 food industry predictions for 2014.

More than ever, customers are questioning the origins of their food and are demanding transparency for restaurant’s sourcing, labor and animal welfare practices. Consumers want to purchase goods that reflect their values. Companies that establish these best practices, therefore, will drive loyalty and traffic by creating trust.

For large chains that require ingredients at scale, however, transparency can feel like a public relations hazard. There is simply not enough supply of sustainably produced, local ingredients to meet market demand, which makes it difficult to ensure consistency of ingredients.

The number of U.S. farms has fallen almost 40 percent in the last 50 years, and small farms now account for just 16 percent of the food produced in the U.S, according to the U.S. Department of Agriculture. From a sourcing perspective, it’s in the best interest of the restaurant industry to put a stop to this downward spiral. Sourcing from small farms that support ethical practices help keep local foods accessible and cheap for operators.

Examples of companies doing it right include Chipotle, LYFE Kitchen and True Food Kitchen, as well as Texture (UK).

Green is the color of veggies and money. Piggybacking on the surge of gluten-free and Paleo diet lifestyles, you will see a heavy investment and emphasis in the world of vegetables. Healthy food investments are paying off as this once niche market rolls into the mainstream of food retail. Sweetgreen, a 22-unit chain based out of Washington, established locations in Boston and Manhattan, where lunchtime lines snake out the door until mid afternoon is case-in-point. Utilizing a Chipotle service format, with an emphasis on the core values that touch every good-for-the-planet trend, the concept specializes in salads and wraps heavy on greens and whole grains. And it just raised $22 million in funding from Revolution Growth to scale.

Other examples of green eateries include Localita & Badasserie, Veggie Grill and Sebastian’s Café.

Waste will become a dirty word in the restaurant industry in 2014. Chefs and R&D food professionals have tended to focus on taste and the quality of the dishes they put forth, but have given little attention to the resulting waste. But as more restaurants understand how food waste eats away at their margins,  many will come up with creative and logical ways to be more efficient with their ingredients. And some will even turn to new technologies to help them manage and reduce waste.

Growing interest in root-to-stalk cooking, composting scraps and repurposing leftovers, make me think diners may also to become more conscious of food waste. Will repurposing and waste awareness every trump actual flavor, though?  Maybe, maybe not. Nobody would have thought that functional eating would have gained such traction, but more and more people are understanding that food consumption should be less romanticized and more focused on nutritional benefits. New York Times Best Selling Author Tim Ferriss, for example, has made a living on promoting a functional eating lifestyle.

A few decades ago, American department stores literally shutdown most of their restaurants because of the changing demographics of their shoppers. Now, as retail sales increasingly migrate online, retailers are mainlining food and discovering the magic of “dwell time,” or keeping their customers satisfied without having to leave the store. Examples like Tommy Bahama, Nordstrom’s  and Saks Fifth Avenue are all setting the stage with in-store boutique restaurant experiences.

Supper clubs, pop-ups, social supermarkets, prepared meals and boutique groceries have started to eat away at conventional restaurant models, as consumers look to spice up their dining experiences.

New opportunities for social interaction and different experiences have fueled the growth of supper clubs and pop-up’s. Interest in social supermarkets, prepared meals and boutique groceries continues to grow.

Some of the most interesting data from that research is that more and more people are finding traditional restaurant food as ‘Poor Quality’. No longer do restaurants have a competitive advantage for food quality and, in fact, you could make the argument that you can make better food at home with your ability to buy ingredients at a micro level.

About the Author
http://www.chopbiscuit.com
Danny Carberry is an experienced Industry professional in new retail innovation strategy, concept & product on-boarding, competitive strategy analysis and creative applications. He currently serves as Director of Concept for Panera Bread, LLC. In this role he leads new product development projects – from concept creation through commercialization. He is also responsible for directing the guest experience in Panera's bakery-cafes. He joined Panera Bread in 2003 as a store operator and soon thereafter transitioned to Panera’s R&D team as a Concept Manager. Carberry helped facilitate the development of numerous company initiatives, including the acquisition of Paradise Bakery in 2008. He was a winner of the prestigious Motherbread Award in 2012, which is the top honor given to a Panera employee. Prior to Panera bread, Carberry owned and operated an American Bistro concept in Upstate New York and was a professional stand-up comic and comedic writer. Carberry graduated from East Carolina with a Bachelor of Science in Hospitality Leadership and currently resides in Saratoga Springs, NY with his wife Katie and son Jack. Connect with him on Twitter and Linkedin.
Previous Next
alternative dining, Blue Apron, Chipotle, Clover Food Lab, food retail, food startups, food techf, food transparency, food trends, food waste, future of food, Localita & Badasserie, LYFE Kitchen, meal kit subscriptions, Poco, Sebastian's Cafe, small farms, Texture, The People's Supermarket, The Savory, True Food Kitchen, Underground Unite, Veggie Grill