7 Signs Your Food Startup Is Fundraising Too Early 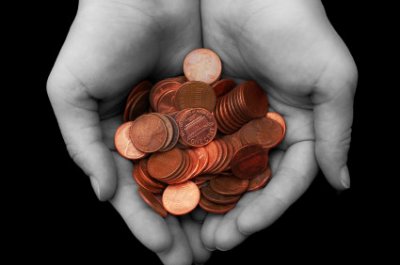 There’s a big problem in the startup world today: The perception around seed stage fundraising.

Perhaps it’s the new ”American dream” of scaling like Zuckerberg or selling like Systrom, but every entrepreneur seems to think that if they’re going to make it big, they have to raise money asap.

The amount of money you raise has become associated with your perceived success, credibility, respect in the valley… as if you have to raise money to be legit.

As a result, way too many startups are raising money way too early.

I know this to be true, because I’ve been one of those people.

This past summer we spent about 3 months of our time trying to raise money. We weren’t successful. The truth is, it was too early to be fundraising. I know that in hindsight, but at the time I convinced myself otherwise.

We had taken $50,000 to join the 500 Startups accelerator which is built to help you fundraise and grow. After a couple pivots we still hadn’t figured out our product-market-team fit yet but figured if we could play the fundraising game right, we could still raise our round. Hell, we got into 500 because they liked our team, who’s to say we couldn’t get other investors on board?

We bought into that idea…all in.

Over the three months I focused full time on fundraising, pitched hundreds of investors, sat down for probably 40-50 meetings with VC’s, angels and angel groups, did 3 demo days in 3 cities and even got a bunch of press.

After three months we had a couple angels who loved our team and mission and a WHOLE lot of “No’s”.

We made the difficult decision to bootstrap our way to profitability. One of those angels offered to be our safety net but encouraged us to bootstrap for as long as we can. So we hung up our fundraising hats and turned our full attention to building the product that Nadia and I wanted to build, ignoring all other influences.

Bootstrapping was perhaps the best decision we’ve made since starting Feast as it set us on track to build the product that we have today which is showing real traction and it’s something we strongly believe in.

So failing to raise money turned out to be a blessing. If we had succeeded at forcing our fundraising at that stage, I truly believe we’d be lost now. Raising money too early, even if you “play the game” right, results in having the wrong investors on board, the wrong product and the wrong motivations.

Here’s how I now know we were raising too early:

You can use these as red flags to check if you’re fundraising too early too. If you are, my best advice is to pull out quick and focus on your product and customers until you’re ready to grow.

1. You start adapting the product based on the fundraising landscape

You’ll know you’re ready to fundraise when you have a product that you believe in and that the market loves. If you haven’t found that yet, the risk you take by fundraising is that you’ll start to build a product that appeals to the questions investors are asking you.

They’ll ask about market size, about scalability, about margins… those are good questions to be aware of, but what you end up doing is building a product for investors instead of for customers.

With Feast, we started building an “education marketplace” because it checked off all the things that investors were looking for.

Watch any accelerator demo day and you’ll see lots of hockey stick growth curves and huge market sizes. Some of them might even be true. Most are manufactured.

Startups know it. Investors know it. Yet people do it anyway.

It’s crazy that this has to be said, but if you’re struggling to figure out how to show your traction, you don’t have it yet.

And if you’re just doing unsustainable things or manipulating your data to show a fancy graph, it’s going to be pretty awkward when that check shows up in your bank account and you can’t keep up the act.

3. Conversations flow outward instead of inward

Customers will start coming to you. People wanting to partner, big brands wanting to “chat to learn more” (keep tabs on you) and even investors might start to get in touch with you.

Even if they aren’t calling you up, when you talk to them, the conversation will feel infinitely different.

Instead of feeling like you’re begging for money from investors, you’ll feel like investors should have to convince you why they’re a good fit for your company.

It’s a completely different dynamic. That’s how you get the right people on the bus for the right reasons.

4. Investors are telling you it’s too early

Investors might not always have the best advice but that doesn’t mean you shouldn’t listen to what they’re saying.

We heard the same thing time and time again. “It’s a bit early for us so we want to wait and see how things go.” Or “Get back in touch when things are a little further along.” And “this looks awesome but I don’t know how big the market is.”

They told us it’s too early but we just took that as, we didn’t do a good enough job of convincing them, or they just don’t know what they’re talking about. Maybe they’re just not the right fit.

It’s one thing to hear the same feedback a couple times but when it’s coming at you consistently, you might need to take a step back and see if there’s truth in it.

We had a lot of plans for what we’d use the money for, but at the root of it was salary. We wanted money that will give us enough time to figure it out.

This is a tough one because you hear the advice all the time:

“Startups die when they run out of money.”

“Timing is everything and you might be early so make sure you have enough money in the bank to make timing less of an issue.”

“You never know what will happen in the market so raise as much as you can in case there’s a bubble burst.”

I disagree. You’re a startup, you should have a small team that’s all personally committed to the mission and you will survive even if you go broke doing it. You don’t need hundreds of thousands of dollars to “survive”. You need enough to keep food in your belly and a roof over your head until you figure out your product. You’re a cockroach and you cant be killed.

Use this time to your advantage. You’ll never be as focused on solving a fundamental problem as you are when you’re broke.

Only raise money when you’ll use it to grow the business. That’s what investor money is for. That’s how it works.

6. Friends and advisors give you excuses

This should have been a big red flag for me but my pride was too strong.

People I considered to be close friends and big personal supporters wouldn’t invest in us. They all had excuses about not being able to invest at that time because of budgets, family, timing etc. I’m not mad at all, it’s my fault not theirs. We were too early and they didn’t want to let us down by telling us they didn’t believe in the business. They wanted to support us, they just wouldn’t put their money behind something so unproven.

It’s hard because friends will tell you how awesome you are and how much they love your product. Usually they’re just saying that because they’re proud of you and want you to feel good. You have to be able to be honest with yourself.

If the people who already know and trust you deeply won’t invest (assuming they’re investors) and they’re giving you random excuses then take a hard look at where you’re at. You’re probably too early.

Don’t you just hate advice that you hear over and over again but it never really helps you? Well here’s one of them:

Startups are hard. That’s the understatement of my lifetime. They’re near impossible. You will have low lows and then lower lows. They’re inevitable.

But eventually, after grinding and fighting and pushing and hanging on for dear life, something will click. All of these red flags I mention here will start to fade away. You’ll find a true, sustained feeling that things are working.

You will know it when you feel it.

So if you don’t know now, you might still be too early to fundraise. If you have to ask yourself if you feel it, you don’t feel it.

I know this advice is impossible to follow. I look back now and old Dr. Hindsight can perfectly diagnose the symptoms of those days. But there were several times where I had myself convinced that everything was peachy when we were still very far away.

Just remember to always take the time to reflect, check yourself and make sure your direction feels right.

You can do this by writing constantly, and having very honest discussions with your cofounder.

Then fundraise when you know how you’ll grow and how the cash will help you make it happen.

This post originally appeared on What Spinks Thinks on December 12, 2013.

Be sure to check out David’s other posts:

And our posts on the Feast’s business model and lessons learned: