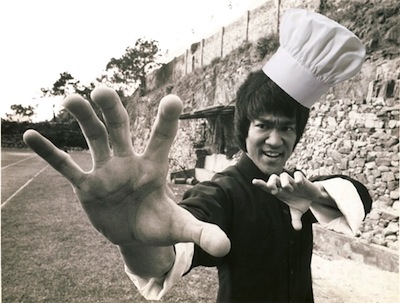 Guest post by David Spinks, co-founder and CEO of Feast. The views expressed here are solely those of the author, and do not reflect the views of Food+Tech Connect.

It’s true. I’m sorry I have to be the one to tell you. Most people don’t want to hurt your feelings. They probably say something like, “It’s great that you’re getting a lot of signups! That sounds so cool! Congrats!” They’re telling you what you want to hear, not what you need to hear. I’m telling you the truth because I care. I want you to succeed, or at least fail faster. What they really should ask you is simple: “Are people paying for it?” No? Why not?

There are two kinds of companies.

1. The kind that has to make money by selling a product or service

2. The kind that can put out a free product and make money through ads, acquisitions, IPO’s or some other alternative means

The second one usually refers to media companies and massive networks like Twitter, Facebook, Instagram etc. If you’re the next Twitter, TechCrunch, Facebook or Instagram, then kudos. For the other 99.99999% of you who fall in the first group with the rest of us, if you haven’t asked your users to pay yet, then your startup is completely bullshit until you do. If you EVER plan on charging for your product you have to ask for money NOW

You might say…“We’re offering it for free now and we’ll start charging later.” You’re full of it. You have ZERO idea whether or not people will actually pay for it later unless you ask them to pay for it now. That means you could be spending all of your time and resourced building something that’s doomed to fail.

You might say…“We’ll offer a premium version in the future we’re just building an audience by keeping it all free now.” You’re full of it. You shouldn’t be focusing on building an audience until you know who’s willing to pay and why. You can find that out by asking for money now. Only after you’ve figured out what you can actually sell should you build an audience or some “freemium” model around it. If you believe your product will ever be worth paying for then you HAVE to start asking your users to pay today.

If you ask a user to pay, one of two things will happen. Ask someone to pay and there are only two possible outcomes.

1. They say yes and they pay you. Great, you might have a business…

2. They say no. Good, now you can say “cool, why not?” and learn what it will take to build a product worth paying for.

Worst case scenario, you ask 100 people to pay you and they say “eh” and leave. Oh well. You’re no worse off than you were before. Did your users tell you that they think it’s worth paying for? Well that’s just dandy but not enough. Users telling you they’ll pay does not mean they’ll pay. Ask them to take their card out and pay you now. Then if they say no ask more questions. If they say “I just can’t afford it right now” or “I have to think about it”, dig deeper. How much would you be able to afford? What are you considering? What would make this worth paying me right now? Forcing them to be honest with you is the only way you can be honest with yourself.

You don’t even need a product. That’s right. Ask them to pay before you even have a product. People don’t pay for products, they pay for what they believe a product to be. Pretend you’re selling a book at a book store. A person browsing the book store for an interesting new book will look at the titles and covers and read the blurbs to decide if it’s worth buying. Only after they buy one of the books do they actually get to read the story.

You can do the same thing. People aren’t buying your product, they’re buying the cover and the blurb so build that first. You can very likely prove product market fit with just a sales page. Because until a user actually uses a product, what you tell them about your product is your product.

Here’s how we’re experimenting with this now: In the past at Feast we’ve made the mistake of building some products before we really knew if people would be willing to pay for it. People said they would but we didn’t ask them for money for pre-orders. Then when we launched the product the response was lackluster and people weren’t paying.

For our newest product we built our sales page before we built our product and started selling pre-orders. And people paid! Now, at the very least, we know we have a concept worth paying for and we can build around that foundation. We also have the advantage of bringing in a paying group of beta users to help us improve the product. Now we’re talking to them, learning from them and building a product around their needs.

1. We posted on facebook and emailed our networks to let them know about the new product. Here’s what I said exactly:

We’re building a new product for Feast. A 30-day bootcamp that goes beyond teaching you how to cook and actually helps you turn it into a habit. It’s for busy people who have always wanted to learn how to cook but haven’t made the commitment or “just can’t cook”. With this program, you will. Promise. Want to be one of the first to try it out? Comment here if you’re interested in joining the discounted beta group and I’ll send you more info.

2. If they commented, I followed up and sent them a link to our sales page. Here’s exactly what I said:

Here’s the bootcamp and all the information about it (link used to be on secret page). It’s still not public and we’re slowly opening up pre-order spots for the beta run. We’re offering it for this small beta group for $50 (it will be closer to $79 when it’s public). If it sounds cool and you want to get in there, just let me know and I’ll send you next steps.

Hit me up with any questions!

3. They’d respond and say “I’m in!” Then I say “Great! You can send the $50 by paypal to this address.” That’s it. And they paid! 56% of the people we messaged have already paid us for our product that we haven’t even finished building yet.

And now we’re working closely with them to learn as much as possible about who they are and how we can make this product perfect for them. We’re building a product for an audience that we know is willing to pay. Is that percentage skewed because we reached out to people in our network? Of course. But they still paid us for a product. I’ll take that over 1000 free users any day.

If you’re building a premium product, then you should be listening to premium customers, not free users. If you offer your beta version free, your feedback will be biased because what a free user wants may be very different from what a paying user wants. Of course even if you validate and sell pre-orders, you might still fail. We’ve validated previous products in this manner, but later found it difficult to reach our sales goals on an ongoing basis for a number of reasons.

But at the most fundamental level, the only way to know that you have a product worth paying for is by asking users to pay for it. Until you do, you’re only fooling yourself.

This article originally appeared on What Spinks Thinks on November 18, 2013. 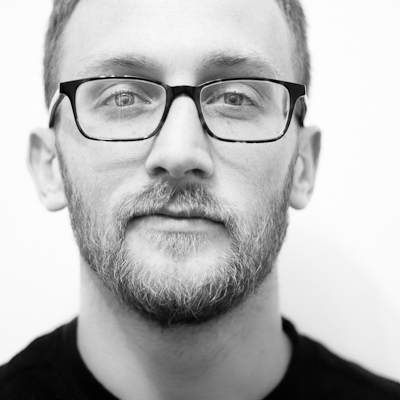 David Spinks is the CEO of Feast, making it possible for anyone to become “that person that cooks”.