11 Insights on Building a Startup 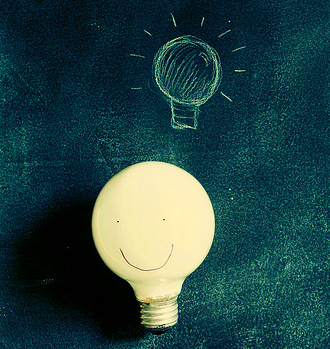 Guest post by David Spinks, co-founder and CEO of Feast. The views expressed here are solely those of the author, and do not reflect the views of Food+Tech Connect.

When exploring and moving quickly through new terrain we often don’t stop to look back and look at what, specifically, we’ve learned. This week’s Startup Edition topic allowed me to do just that.

Here are some of the big epiphanies I’ve had. Have you had any of these yourself? After reading through mine, comment and share your own.

1. YOU DON’T HAVE TO RAISE MONEY

This might come as a shock, especially to those living in the valley. There’s this unspoken belief that in order to build a successful company you need to raise money and grow it to massive scale. That’s just not true.

I’m not saying it’s better or worse to build a massive venture-backed company. I’m saying that it shouldn’t be your default. Build what you believe in. If it happens to work out as something that needs investment then great, raise money. If it’s not, that’s ok.

Not quenching your ambition? Well then take solace in the knowledge that almost every major business you know of today started with something very small and focused.

2. YOU SHOULD IGNORE MOST ADVICE

Other entrepreneurs love to give advice, but they usually suck at it. It’s not because people want to give you bad advice. It’s just that no one has enough context to really give you good advice.

We’ve listened to a lot of advice during our time building Feast. Especially during 500 Startups when we had a ton of speakers and mentors to tap all the time. Turned out most of that advice sent us in the wrong directions.

No one knows you, your team and your business as well as you do. Use advice as a source of inspiration or to gain new perspectives but never use it to decide your direction. That decision has to come from you.

3. YOUR WORST CASE SCENARIO IS BETTER THAN YOU THINK

The fear that entrepreneurs feel is closely tied to the amount of risk they feel they’re taking. The amount of risk they’re actually taking is often less drastic than they think. We never really address what our worst case scenario is. It remains this dark, ominous concept looming in the back of our mind. Your company is going to fail, you’re going to be broke, living on the street, ashamed, ridiculed, and depressed. Chill brain, that’s some dark s***.

But when you actually think about your options, you realize that you have a much better worst case scenario. If your company fails, you can get a job, live with a friend or family, work on a farm, travel on an extreme budget… there are so many other options, all of which are far from the depressing end that your brain defaults to if you don’t address the idea of your worst case scenario.

4. DO WHAT YOU BELIEVE IN

Do you believe in what you’re doing? It’s the single most important question for any entrepreneur. If the answer is no, none of the other questions about market size, growth strategy, branding or anything matters. If the answer is yes, then nothing should stop you from making it into a reality. As long as you believe, you stand a chance of defying the odds and succeeding.

5. YOU HAVE NO IDEA WHO’S ACTUALLY SUCCEEDING

That hip new startup that’s all over tech news.That company whose facebook posts has a kajillion likes. That competitor who’s gaining thousands of signups every day according to their recent press release. We get so caught up in the success and failure of other companies.

The truth is it doesn’t matter and even if it did, you have NO idea who’s actually doing well and who isn’t.
There are way too many variables that go into a startup to have any idea who’s successful. And success itself is relative. People define success in any number of ways that could be different from yours. So don’t get caught up in what other startups are doing. Focus on what’s in front of you. Regardless of how anyone else is doing, the only thing that matters is executing on your vision.

We’ve made the mistake of looking too much to other companies and competitors to guide decisions that we’re making. Just because someone else is doing it doesn’t mean it’s right. It’s more likely that they’re lost and guessing just as much as you are.

It’s easy to go heads down for long periods of time and never come up for air, talk to your team, see the bigger picture and make logical decisions. Nadia and I often work remotely, but we’ve made it a routine to meet every week and just talk. No laptops, no phones, no notebookS. We just talk.

We share our feelings. We share our fears. We give each other brutally honest feedback about each other, anything awesome and anything that’s bothering us. We talk about the direction the company is moving and whether or not it feels right.The hardest and most important decisions we’ve made for Feast have come from these talks. They’ve led to some of the most successful strides and always leave us with greater clarity.

I highly recommend trying this. If you can do it in person, then leave the office, go for a walk, sit in a park. Create physical, mental and emotional space where you can have an open, honest conversation.

8. ASK CUSTOMERS TO PAY AS SOON AS POSSIBLE

If you plan on selling a product then it’s never too soon to ask customers to pay. It’s way to easy to just keep building cool stuff and build up an audience while delaying the uncomfortable task of asking for money. But you have to do it. It’s the only way you really know if you have a real business.

If you ask for money, either people will say yes (sweet you have a business!) or they’ll say no. If they say no, you can ask why and learn what you really need to build in order to solve a problem worth paying for.

I’ve tried to think strategically about what a healthy culture will look like for Feast. I realized that great cultures form on their own, they aren’t planned.It starts with the founders and their values.Then it translates to the team. You can find it in everything from the company’s voice to the subtle interactions and habits that form amongst the team.

I think that’s why it’s hard to develop a real culture when you hire too many people right away. I’ve seen that happen and as a result the company tries to manufacture a culture instead of growing one naturally.

10. YOU HAVE TO TAKE CARE OF YOURSELF IN ORDER TO SUCCEED

The startup world is so focused on GO GO GO, GET SHIT DONE, SHIP IT! You work hard, you work long, you work late…you might fail but it certainly won’t be for lack of hustle. That’s all good and commendable, but I’ve found it to be completely unsustainable and inefficient.

True there are some really successful people who are workaholics. But there are also a lot of really successful people who build daily routines that ensure that they take time for themselves and their families. They make sure they’re emotional, mentally and physically healthy. By doing so, they set themselves up to have a huge impact in their work.

If you want to help the world, you have to help yourself first.

11. THE ONLY WAY TO TRULY LEARN SOMETHING IS TO EXPERIENCE IT YOURSELF

Some of you might be nodding your head as you read this post and thinking how it’s cool to learn all this stuff. The problem with these kinds of posts is you won’t truly understand what I’m sharing until you experience it yourself.I can’t tell you how many times Nadia and I have talked and just laughed about how everyone told us the same thing but we made the mistake anyway.They can tell you that startups are hard, fundraising sucks, validate first, hire slow, fire fast, follow your gut, ignore advice, etc… but we’ve failed to truly grasp any of those concepts until we went through them ourselves.

So if you take one thing away from this post it’s that you should just try. Put yourself in uncomfortable positions. Take risks. If you don’t know anything about fundraising but you think you need to do it, then just start. You’ll learn quickly.

Want to start a company but can’t wrap your head around everything involved? Just take that first step and you’ll learn along the way. Jealous of that person who seems to know everything about woodwork? The only difference between them and you is that they did it and you haven’t yet.

What epiphanies have you had while building your startup? Share them in the comments below.

This article originally appeared on What Spinks Thinks on November 25, 2013.