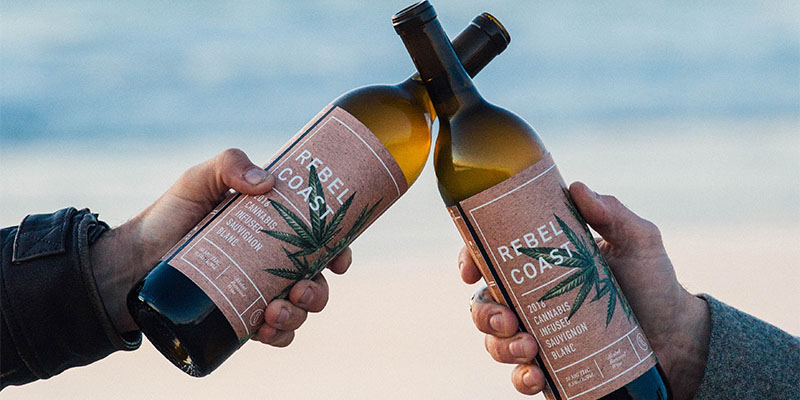 Siggi’s was acquired by French dairy company Lactalis for an undisclosed sum. Sonoma Brands closed $60 million for its second fund. Weed startups are disrupting the alcohol industry by offering consumers with new products like cannabis wine and pot-infused seltzer. Hershey and Cargill are the latest food giants to leave the GMA.

Investors have lost their appetites for meal kits as they look towards perishable grocery services like FoodMaven, a new food waste retailer that just raised $8.6m from Walmart’s billionaire heirs the Waltons, among others.

The acquisition was made for an undisclosed sum. Siggi’s will remain a standalone company. Emmi will sell its 22% stake in the brand and focus its US business on milk and cheese products.

The VC fund announced the closing of its second fund, aimed at continuing investment in emerging consumer brands and taking minority positions in startups. It also announced it’s spinout of Smashmallow.

3. Why the Most Hated-On New Ice Cream Brand in America Is a Booming $100M Business – Inc.

Halo Top has found itself at the center of a deep philosophical divide: the ice cream purists versus those hungry for a cheap calorie thrill.

4. Weed Startups Want Social Drinkers to Change the Way They Get Buzzed – Bloomberg

Startups are competing with alcohol companies by offering consumers alternative ways to catch a buzz. The industry is expected to balloon to $50b by 2026 from $6b in 2016.

The companies are the latest food giants to part with the GMA as it struggles to navigate deep divisions within its membership on how to respond to rapidly changing consumer preferences.

While the sector is expected to grow to $6b+ in 2021, supermarket chains have an advantage over startups by selling in-store and at cheaper prices. Investors are looking towards perishable grocery delivery services, meat replacement companies and startups combating food waste.

7. Robomart Is the Latest Startup to Try and Unseat the Local Convenience Store – TechCrunch

The startup aims to license its white-labeled service to wholesalers and big box retailers. It would include the vehicle, a wireless charging device as well as a fleet management and on-demand ordering system.

8. Inocucor Brings in Pontifax to Close $38.5M Series B – AgFunder

Inocucor manufactures biological stimulants for soil and plant optimizers. Strategic acquisitions will be a significant part of its growth strategies, along with expanded distribution across Canada and crop development in the Latin America and Western Europe.

9. Ford Prepares for Food Delivery in Era When Diners Talk to Cars – Bloomberg

Ford will team up with Postmates on a pilot program that explores how self-driving tech could change the delivery experience. It plans to eventually remove the driver from on-demand distribution.

10. Here’s an Autonomous Pizza-Oven-on-Wheels No One Asked For – Eater

Pizza Hut is partnering with Toyota on a driverless concept vehicle that could one day cook and deliver pizza. Test models of the “e-Palette” vehicle could hit the streets by 2020.

11. What to Know About FoodMaven, a New Food Waste Startup Backed by the Grocery Industry’s Top Players – GrubStreet

The Colorado-based startup anounced its $8.6m Series A funding from a handful of backers, most notably Walmart’s billionaire heirs the Waltons. It has brought aboard 700 Colorado business in just 18 months and expects to do $10m in sales this year.

The Series A round was led by Alsop Louie Partners, bringing total investment to $12m. Funds will be used to continue developing its KitchenOS platform and support its partnerships with appliance manufacturers.

13. Noma Has Lost Everything. Can It Come Back Even Stronger? – Bloomberg

Rene Redzepi gave up Noma’s many achievements, including its title of World’s Best Restaurant and two Michelin stars, in search of new ideas and new approach to food at its new location, which will open February 15th.

Whole Foods is now requiring suppliers pay for a program that manages demos and shelf management, changes that are intended to save on costs and centralize operations as Amazon pushes to reduce prices at the chain’s 473 stores.

15. Sprouts Signs on with Instacart as US Grocers Experiment with Delivery – CNBC

The retailer will expand its delivery service through Instacart, beginning in select areas in Arizona.