Over the past few years, many new websites and apps have sprouted up to help consumers find local food and farmer’s markets.  But so far, none have addressed well the unique issues of distributing local meat – problems that include the higher cost of pasture raised animals, the processing needs of small scale producers and complex distribution logistics.

AgLocal will be the first such website to tackle these issues on a large scale.  One of eight SXSW’s Interactive Accelerator Finalists in the Innovative Web Technologies category announced today, AgLocal aims to use technology to empower carnivores to buy meat locally.

“For so long carnivores have had the choices made for them, and we don’t believe that’s been good for them or the producers,” says AgLocal Founder and CEO Naithan Jones. “We believe that giving the meat lover access to the supply chain around them is by far the best way to empower these carnivores with true buying choice and control.”

Below, for the first time Jones reveals details about his vision for AgLocal and the ways in which “technology can help revitalize old ways of doing business.” 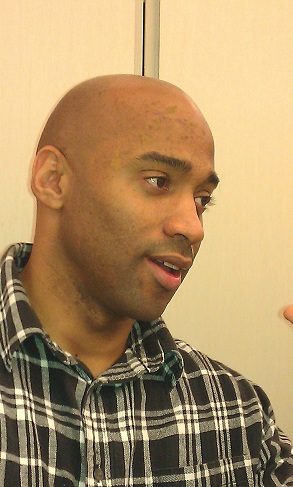 Beth Hoffman: How did you come up with idea?

Naithan Jones:  The issue of meat distribution was really brought home to me on trip to California.  My wife’s family is in farming, and I was talking with them about how technology can help revitalize old ways of doing business.  And we all started to wonder – why hasn’t technology taken more than passing glance at the production of meat?  I started to research and found that this was a problem that needed to be solved. There are lots of sites that cater to produce.  But meat is underserved.

Right now you have to pick up the phone and find a farm to buy from if you want local beef.  It is just not convenient, and as a society we have been trained to act on convenience.  The current system is devised for hard core locavores, but we have a vision that is further reaching than the lovacore movement.

For so long carnivores have had the choices made for them, and we don’t believe that’s been good for them or the producers.  We believe that giving the meat lover access to the supply chain around them is by far the best way to empower these carnivores with true buying choice and control. So I decided to start AgLocal to bring the “power to the meat lover,” as our tagline says.

BH: Paint picture of how AgLocal will work.

NJ: We want users be able to log into the service and have access to learning about and ordering meat from a variety of farms at once.

First, because we don’t have the automatic trust one gains when they walk into a grocery store, we will need to build it thru the community online.  We envision our site like an AirBnB or Uber where other users are telling you which farms are great and why, and you can jump on and search by rating, cut, distance, etc.  Before consumers had to rely only on their own relationships with farms and if the farm they knew didn’t have the rib-eye they wanted, they wouldn’t know where else to look.  Now they can see which farms have bone-in ribeyes right then and order directly from them.

For the producer, we are going to give them intelligence about the marketplace and ways to do business they haven’t had before. We will be able to tell them what cuts are selling and for how much, who the typical buyers are and what people are buying.

We will also give them several ways of doing business. If a farmer wants to be able to tell people where they will be this week – in the parking lot of the 49rs game, for example – they will be able to.  That way consumers don’t always have to go to the grocery to get what they need, they can preorder from that farmer and pick it up or have it delivered to their grill.  Or if a farmer is going to be at the farmer’s market, tell me which one, and now I might go because I preordered and I know the cut I need is going to be there. Before going to the farmer’s market was a novelty and I might buy something only because I was there.  Now farmers can justify the trip to the farmer’s market because they have presold $1500 of meat.

BH: What is the definition of “local” you are using at AgLocal?

NJ: The boundaries of any “local” definition are arbitrary, and for us it will depend on the location.

For example, in California it is easier to build a network of farms closer to the city, while in Missouri there are huge areas of land, and you can easily have producers 300+ miles with no market place nearby.  So we have to work with the idea of “local” in each place and don’t want that to become an unnatural boundary just to fit into an arbitrary definition.  Two states away is not going to qualify as not “local,” but other side of state in some cases is.

Which is why we have to be slow and methodical about each market we roll out in because we have to plan the territories. To this end we are working along side schools of agriculture in states, and with groups like the Cattleman’s Association and the Pork and Swine Producer’s Association to find out what happens in those markets and where the supply comes from.  Because we believe there are many people who would buy from these producers who don’t go to the farmer’s market or buy from the internet right now.  And there are also producers that don’t sell at the farmer’s market that would join AgLocal.  So we want to make it something that will be feasible for them to use.

BH: Why would farmers and consumers use this service?

NJ: Right now buying local meat is mainly a tiny consumer-focused market inside the locavore movement, and farmers are not necessarily making money all of the time.  Many do it because they love it and feel it is the right thing to do.  The typical producer who sells at the farmer’s market makes money on one trip to the farmer’s market, and then doesn’t make anything on other trips.  Most of the time it evens out, but the margins aren’t good because it is so inefficient for them to get to market and not know if they will make any money.  We want to change that.

AgLocal is also working to figure out the issues small producers have with processing plants and slaughterhouses.  And to be honest, we are seeing far more willingness to work with us than we thought we would see and it is encouraging.  Basically, we are working to create an alternative to the very small and very large markets by offering more business to the processors in the aggregate without farmers going through a feedlot or factory farm to get it done. But there is a lot of work to be done, because we are trying to create a new method of doing business that typically has not been done before except in novelty and in a one off way.  And we are trying to do it in a scaleable way that creates a network.

If there are producers who want to be part of our initial trials, have them reach out to us and let us know they read about AgLocal on Food+Tech Connect.  Currently we are looking to roll out initially in three or four of the following cities out of New York, Northern California, Kansas City and Austin and are looking for “local” producers in those areas.  We are then planning to scale to 30 US cities before years end.  If we receive an outpouring from consumers in a city we weren’t thinking about telling us they are ready for our service, we will think about that city next.  So let us know if you feel your city should be next on our list.

Sign up for Food+Tech Connect Bytes to have stories like this one come directly to your inbox.

About the Author
Beth Hoffman has reported on food and agriculture for ten years, airing on NPR, The World, Latino USA, Living on Earth, KUER and KALW , and studied the food system in depth as a fellow and co-lecturer in the Africa Reporting Project at UC Berkeley’s School of Journalism. Hoffman competed a year long documentary project cooking with immigrant women in their homes, has traveled to India, Uganda and Ethiopia to report on rice production and chicken farming, and did a multipart series for KUER on the artistic, cultural and environmental connections we have to food. In addition to spending many hours on-farm in Utah, California and abroad, Hoffman also married into an Iowa farm family and is currently working with her husband to slowly convert the land into a sustainable orchard and hog farm. She currently lives in Albany, California. Hoffman’s previous work can be found on her website at bethaudio.com.
Previous Next
AgLocal, carnivores, distribution, farm app, food distribution, food startup, food startups, food tech startup, Innovative Web Technologies, Interactive Accelerator Finalist, meat distribution, meat lovers, meat processing, Naithan Jones, power to the meat lover, startup, sustainable agriculture, sxsw