Red Meat Market aims to be a community where you can come to an event, drink a microbrew, meet a friend and walk out with a box of steaks. It’s a new model for farm-direct meat that the company hopes will capture the attention of a new generation of meat lovers.

A number of startups are linking farmers and eaters directly but most don’t focus on meat, mainly because sourcing and distributing meat directly from small and medium-sized ranchers is significantly more difficult than vegetables. But Chicago-based Red Meat Market, which connects local ranchers directly with consumers and retailers, makes it work, in part, by owning its own processing facility. It takes steers from providers, cuts them up by hand and let’s people order direct from its website.

For comparison, this model is different than AgLocal’s, another pasture-raised meat marketplace. It primarily connects ranchers with wholesale buyers, distributors and retailers. AgLocal initially launched a consumer-focused platform, but as Co-founder Naithan Jones recently told TechCrunch, “People really don’t want to buy that way, even when they say they will…. They like to buy their meat in trusted places where it’s stored cold.” So the company pivoted to focus on sales higher up in the supply chain. The part of its platform that remains consumer-focused, is that it allows eaters to find local restaurants and retailers that participate in its program.

I caught up with Mark Wilhelms, the founder of Red Meat Market, to dig into the business and their take on the market. As he describes it, Red Meat is unique, in part, because of its focus on community for consumers and branding and marketing for providers. “People love their meat!” he says, and Red Meat Market aims to be a place where people can share in that experience.

Michael Mccutcheon:  What problem are you solving?

Mark Wilhelms:  For providers, if you’re not selling directly to the public, you’re not making any money. Wholesale prices are low. It’s very competitive and labor intensive. There’s not enough profit. Selling direct is really the best way to do it. 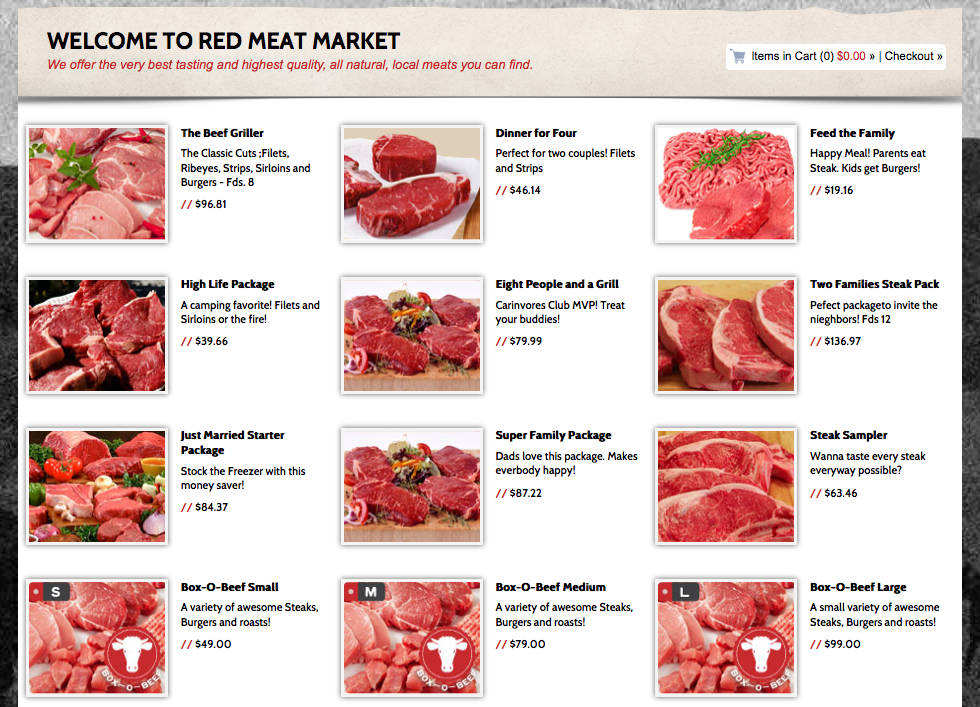 MC:  What is your business model?

MW:  We take care of all the processing and packaging but the providers have three options.

One, [local providers] just drop off their steer and we take care of the rest. Some people, they just want to raise steers and sell them. So they can do that. On a 1400 to 1600 pound steer, they get $200 and we sell the meat under the Red Meat Market or Black Earth brand.

The second model, is [the provider] holds the inventory and takes the risk and we help sell the meat. We might even send a photographer or copywriter out to the ranch and help them tell the story and feature them on Red Meat Market. On that, we take 20-30%, depending on the level of service. There, the meat goes out under the provider’s own brand with their own logo.

The third option is similar, but we hold the inventory and take the risk if it doesn’t sell. On that, the provider gets 30-40%.

We also have an affiliate program. So, if a local provider has a link on their site to ours, and someone comes into our site through them, [the provider] gets a percentage of whatever that person buys on Red Meat Market, even if it’s from a different provider.

MC:  How many providers do you work with?

MW:  Right now, we work with about 100 local providers. Most of them have their meat sold under the Black Earth Meat or Red Meat Market brand, but we’re starting to get some more that’ll sell under their own private label.

MC:  How do you define local?

MW:  200 miles. Most people say local is 250 miles, but we do 200 miles. Also, to be sustainable, we encourage people to buy boxes of cuts, so they’ll get some steaks, some ground, they’ll get different parts of the cow so we can use the entire steer.

MC:  What is your target market?

MW:  Our best customers are Super Moms. Foodies. People that are into eating healthy and local food. Moms that really care about the stuff they’re giving to their kids. And sometimes, there are four guys that want to go in and buy an entire steer together and have it delivered, and we’ll do that.

MC:  How do you get people involved? 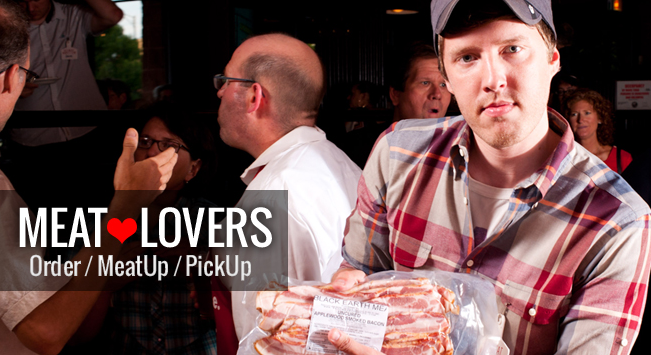 MW:  We’re social. We have events at restaurants where they’ll donate the space, have their chef prepare the meat that we get from a local provider, we invite microbreweries, and people can come eat, drink, be social and pick up their order.

MC:  What is new or innovative about what you’re doing?

MW:  We’re like Amazon for red meat with a focus on helping local providers. It’s hard to be a local provider. We’re helping to make it work again for small businesses. A lot of local providers are like, ‘Where do I sign up?’ Some of the larger and medium-sized guys…they’re still checking us out.

MC:  How do you differentiate yourself from the competition?

MW:  I don’t see a lot of competitors out there for what we’re doing. But our brand is all about social. This isn’t your dad’s meat company. This isn’t Omaha Steaks.

MC:  What is your growth plan?

MW:  We’re trying to raise $2.5 million and have a million so far. And in a couple years, expand to cities like Madison, Memphis…eventually San Francisco, New York.