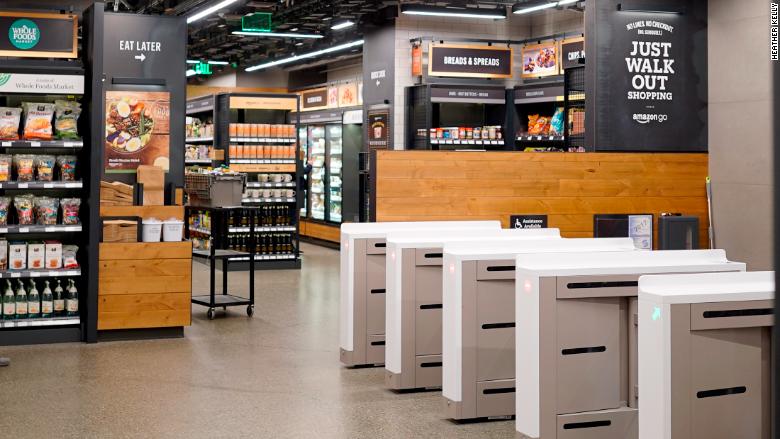 Following Uber’s launch of its 4% cash back rewards on restaurants, Amazon has announced its newest Prime rewards: Visa cardholders will receive 5% back on Whole Foods purchases if they pay for Prime. The e-commerce giant also made news headlines as insiders revealed its plans to open six more Amazon Go locations in Seattle and Los Angeles. With threats looming in the retail sector, Albertsons announced it would buy the remnants of Rite Aid in hopes of increasing foot traffic to stores that integrated in-house clinics.

At the Consumer Analyst Group of New York conference, Conagra, Hershey and other big food companies stated plans to make acquisitions a major part of their business in 2018 as a means to jump-start growth and take a bigger stake in food trends. On the internal innovation front, Tyson has formed an R&D team to develop snack products from food waste.

And finally, the James Beard Foundation has awarded chef José Andrés its annual Humanitarian of the Year award. The foundation’s Rise campaign is part of its damage control efforts in a restaurant industry that has been rocked by scandals.

1. Amazon’s Prime Rewards Visa Cardholders Now Get 5% Back at Whole Foods If They Pay for Prime – TechCrunch

Yakult shares tumbled the most in 19 months after Danone announced plans to sell $1.8b of the Japanese company’s stocks amid pressures from an activist investor to boost returns.

The company has developed a wearable device to create virtual fences for livestock. Funding was led by Eniac Ventures with participation from Rabobank’s VC arm. New capital will be used to bring its product to market and develop new services for farmers.

3. Amazon Plans to Open As Many As Six More Cashierless Amazon Go Stores This Year – Recode

The company plans to open more storefronts in Seattle and Los Angeles. There’s been speculation that Amazon could add its checkout-free technology to Whole Foods.

Albertons bought the remnants of Rite Aid and Walmart saw its stock drop by more than 10% on weak profit. Both can blame Amazon.

AgFunder has announced the first three startups in its portfolio and will be ramping up its investment pace to one or two per month over the next few months.

The meat producer is looking to capitalize on the issue of waste. Its recently formed R&D is developing a protein snack that utilizes spent grain and vegetable pulp.

After a year of sexual harassment claims, JBF awarded Andrés for leading the charge to feed millions of people in Houston, Puerto Rico and Southern California after natural disasters struck those areas.

Big food manufacturers will make acquisitions a major part of their business plans in 2018 as they jump-start growth and give their companies a bigger stake in popular trends.

9. The World’s Biggest Retailer Wants to Bring Blockchains to the Food Business – Quartz

Walmart’s blockchain project carried out two successful trials tracking pork in Beijing and mangoes in central America. It has roped in the industry’s biggest players to form a consortium of 10 producers and retailers to make it a reality.

A glance at the state of the global dairy industry suggests farms are under pressure to operate more efficiently than ever. From sensors and software to biotechnology, startups are working to improve safety and efficiency on the world’s dairy farms.