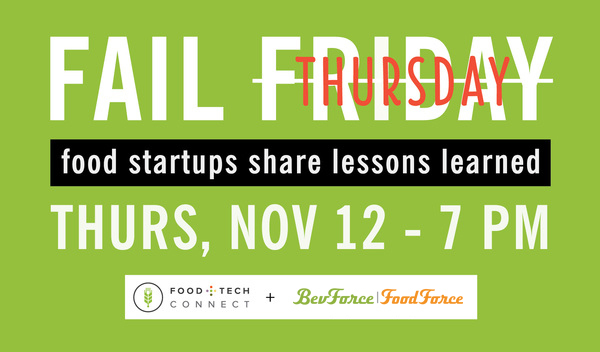 It’s not easy being a food innovator. There’s no road map for reinventing an industry. So, in partnership with Force Brands, we cooked up the Fail Friday series to celebrate failure in all its glory.

Join the food startup community for our fifth Fail Friday (on a Thursday) on Thursday, November 12. Hear from Plum Organics, Hungryroot, Farmigo, Lawless Jerky and more. Startups will share their stories of failure and lessons learned from growing their businesses, followed by audience Q&A.

We’re looking for kick-ass food startups to showcase their products. Email nina[at]foodtechconnect[dot]com with more information about your company if you’re interested. 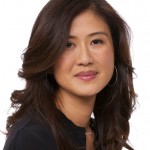 Gigi Lee Chang – founder, Plum Organics – Gigi was most recently the CEO of Healthy Child Healthy World, a national non-profit whose mission is to educate parents to make chemical and toxin-free choices for their families.  She is a frequent speaker on various topics, including children’s health, food and nutrition. She was awarded “Brand Innovator 2008” and “2010” by Brand Packaging for Plum Organics.  Gigi is also an expert on socially conscious/sustainable business practices and entrepreneurship. She was an advisor to B Lab and is currently working on her next venture. 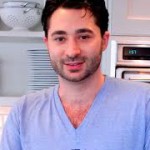 Matt Tolnick – founder, Lawless Jerky -Formerly an attorney, Matt Tolnick realized that he could bring more smiles to more faces through his jerky than through his lawyering. So Matt bravely left his practice to pursue his passion: crafting small-batch jerky by hand and in powerful and unique Braver Flavors.   All flavors are thoughtfully handmade with consciously raised meats, including 100% grass-fed beef and hormone-free, antibiotic-free pork. 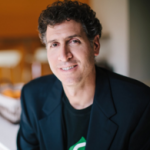 Benzi Ronen – founder & CEO, Farmigo – Farmigo is actively rewiring the food system by putting the food experience back at its center. After spending two decades working in the technology industry, Benzi took a step back and reflected on his personal history, steeped in the importance of community. He thought about how technology has tremendous power to bring people together, and yet to date in the food industry, it has largely removed human connections entirely. He decided to focus his next, and most personal venture yet, on using technology to transform the suburban food system, which had become efficient, yet unsustainable and impersonal. Benzi is now founder and CEO of Farmigo, a company that makes local, farm-to-table food easily available, by bringing people together in neighborhoods across America. 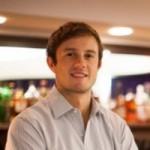 Ben McKean – founder and CEO, Hungryroot – Hungryroot makes fresh, feel good convenience foods. Prior to Hungryroot, Ben was a Vice President and General Manager at Groupon, overseeing their food and beverage business. Ben came to Groupon through the acquisition of Savored, which he founded in 2009. Savored was the nation’s leading provider of yield management technology to the restaurant industry. Prior to Savored, Ben worked in Merrill Lynch’s technology investment banking group. Ben is graduate of Georgetown University and currently lives in New York City.