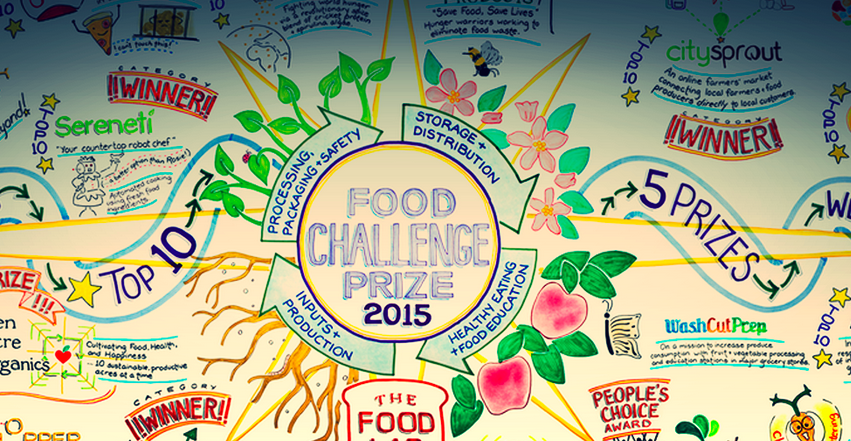 The digital revolution is on track to completely transform our food system.  We’re not the only ones who think so: technology companies such as IBM, entrepreneurs such as Jorge Heraud, and philanthropists such as Bill Gates all agree that we are only beginning to see big changes in how we produce and consume food.  We can’t wait to see what develops. Our 2016 Food+City Challenge Prize plans to witness the revelation of this new revolution.

In 1750, Scientific Agriculture in Britain launched the beginning of a dramatic increase in food production. It was scientific because it depended upon measuring, improving and creating new technology. Jethro Tull, the inventor of the seed drill was among those who optimized the use of land. By the mid-1800s,  another revolution occurred, the Industrial Revolution, when inventors applied new technologies such as steam power to enable humans to make things by machine rather than by hand. Food traveled to cities by rail, transforming food distribution throughout the world.  During the early 19th century, we felt the impact of the Technological Revolution when steam, electricity, other technologies made it possible to grow, process, and deliver food at scale. All three of these revolutions depended upon entrepreneurs who discovered new technologies and opportunities to improve our food system.

Now, with the Internet of Things and the digital revolution promising as yet undiscovered applications, we have a food revolution in the making.  We’re not the only ones anxious to see how technology, in the hands of smart entrepreneurs, will change our food system. Food+Tech Connect has plenty of food startup workshops and programs to launch enthusiastic food entrepreneurs. Food incubators and startup competitions are sprouting everywhere. Thought for Food, offers $10K in prizes for student and young professionals food startup teams; 33 Entrepreneurs from Bordeaux, France is actively supporting food entrepreneurs with a competition for a $100,000 prize; Bon Appetech hosts an event that awards prizes to 10 food startups, and in Italy, Barilla’s YES BCFN has an annual competition for food startups that rewards winners with 10,000 euros.

We suggest a fresh and bold perspective. One that’s out of the box: the big box grocery store, boxed food storage, and the boundaries implied by the structure of any box. Our food system is organizing a market-driven revolt from an older-technology-driven food system to one that is the Internet of Food. The production, storage, transport, processing, and preparation, design, and consumption of food is a network that begs for a systemic solution. We can’t fiddle with one end of our food system without feeling a ripple at the other end.

Our Food+City Challenge Prize encourages entrepreneurs throughout the system. Applications of technology to solve freight system management, testing of perishable commodities, payment and investing in food, delivery and distribution hardware and software, smart kitchens, storage lockers, light and energy systems for enclosed growing systems. The potential for systems integration is huge. And the requirement for ideas that scale is even more critical.

Everyone is moving to cities. We focus on cities as the place for innovation. Cities are dense, highly populated landscapes where improvements in our food system can have their greatest impacts. Cities are an agglomeration of interests that require mutual adaptation and cooperation. And standards. The home+work proximity begs for solutions that integrate life in the workplace and with personal space. High land values in urban centers demand a food system that optimizes small spaces with larger agricultural spaces.

The Food+City Challenge Prize invites all these ideas to compete on February 6th, 2016. The ecosystem of food startup incubators and competitions can work together, engaging entrepreneurs around the globe to think systematically, if not revolutionarily, to discover how this new food system will best serve our increasingly urban global population.

Submit your online application for the Food+City Challenge Prize by October 15. Learn more and apply here. 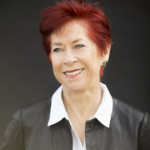 Desert running and a PB&J sandwich—what connects these topics? A tenacious curiosity to see what you can learn by just jumping in! The same sense of wonder that called Food+City Director Robyn Metcalfe to run the great deserts of the world has led her to take on the task of mapping our current food supply. A historian, desert distance runner, and food futurist with a lifelong hunger to take on irrational challenges, Robyn Metcalfe marvels at what it takes to simply create a peanut butter and jelly sandwich.