Smart Cities Need To Get Smart About Local Food

Guest post by Dr. Robyn Metcalfe, Director of Food+City. The views expressed are are solely those of the author and do not reflect the views of Food+Tech Connect.

At a time when Britain was eyeing Germany and Bismarck as potential threats to the balance of power in Europe,  a British writer known for books about fly fishing wrote in 1897, “War, Famine, and our Food Supply,” fraught with concern about England’s ability to feed itself. The author, Robert Bright Marston, was beside himself, calling attention to England’s reliance on Russia and America for wheat and corn. Noting how Napoleon’s army starved on the steppes of Leningrad, Marston wanted another flavor of protectionism — the construction of grain storage buildings that would enable England to live for three months if a war cut the country off from its main source of food supplies in Russia and the U.S. He wanted to buy time for British farmers to build local capacity to fill the missing imports from Russia and America. Marston knew food was critical to the health of their nations, both for social stability and to enable economic progress for all its citizens.

Anxiety and concern about the impact that wars have on cities’ food supplies continues today. New Orleans and New York City are keenly aware that disruptions — whether war, hurricanes or other breakdowns of the food supply chain — have received only improvised protections. Cities routinely talk about their three- to five-day food supply, not the luxurious three-month supply Marston was angling for. But whether or not a city needs enough food for three days, three months or three years —  is a question that deserves more attention by urban planners and food systems experts..

Syrians are happy to have three minutes to consume a hastily provided meal from the World Food Program. After five years of conflict in Syria, the UN and the World Food Program were finally able to restore full rations to Syrians after a lack of funding in December 2014 stopped the delivery of food to refugees in Syria. While the media talks about casualties caused by weapons, little is said about deaths caused by famine and poison through the food systems in countries now at war. Few are aware of the destruction of livestock and cropland, or the contamination of soil and water, over the long duration of some modern conflicts. 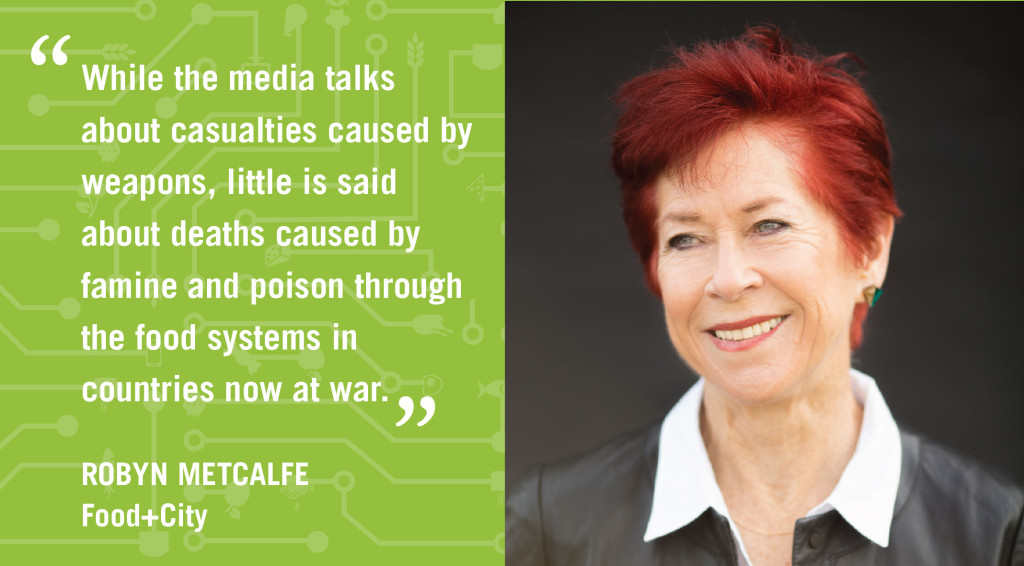 The ripple effect of the disruptions caused by wars is difficult to imagine. The most obvious is the breakdown of the infrastructure, especially in the transportation of food. In Syria, even the perception of a disruption in the delivery of food causes an increase in black market activity, rising food prices and higher incidences of hoarding. Pita bread, animal fat and potatoes quickly disappear into personal storerooms, and Syrians freeze and dry food for longer-term storage. As it becomes more and more difficult to transport food to Syria, Syrians are looking for more localized food sources. As commodities like fuel and flour diminish, people worry about being able to produce flatbread, a simple yet essential element of their diet. With the potential breakdown of Syria’s government comes the loss of state control of bread prices and ingredient supplies.

While not as long term and uncertain as the Syrian crisis, natural disasters like Hurricane Sandy bring home how food supply disruptions can upset the stomach of an entire region. In the aftermath of the hurricane in 2012, gasoline was scarce, transportation broke down and food logistics professionals trucking in food from around the world struggled to keep New Yorkers supplied with pizza and bagels. New York wants more than three days of food to keep it afloat in the future — twelve months would be nice. But who decides, and how do we ensure at least enough food for a country to adapt and find new sources of sustenance, as Marston argued for?

We need food to enter the conversations of urban designers, especially those engaged in creating smart cities. After all, it was the journalist Alfred Henry Lewis, who said in 1906 that “the only barrier between us and anarchy is the last nine meals we’ve had.” Join the conversation about how we can create smarter cities here. 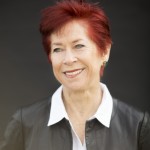 Dr. Robyn Metcalfe is a food historian and lecturer at The University of Texas at Austin, Research Fellow at the School of Architecture, and Director of Food+City. Food+City is a bold exploration into the food supply chain to improve how we feed cities. Past careers include: heritage pig farmer, writer and production manager for Sunset Magazine, strategic planner for Arthur D. Little, Inc., and published author on a wide range of topics from food history to the theft of high technology. She also founded Kelmscott Rare Breeds Farm and Foundation in Lincolnville, Maine where she actively conserved endangered breeds of livestock for ten years.
Dr. Metcalfe received her BA in American Studies from The University of Michigan and a MA and PhD from Boston University in History, with a concentration in Modern European food history.