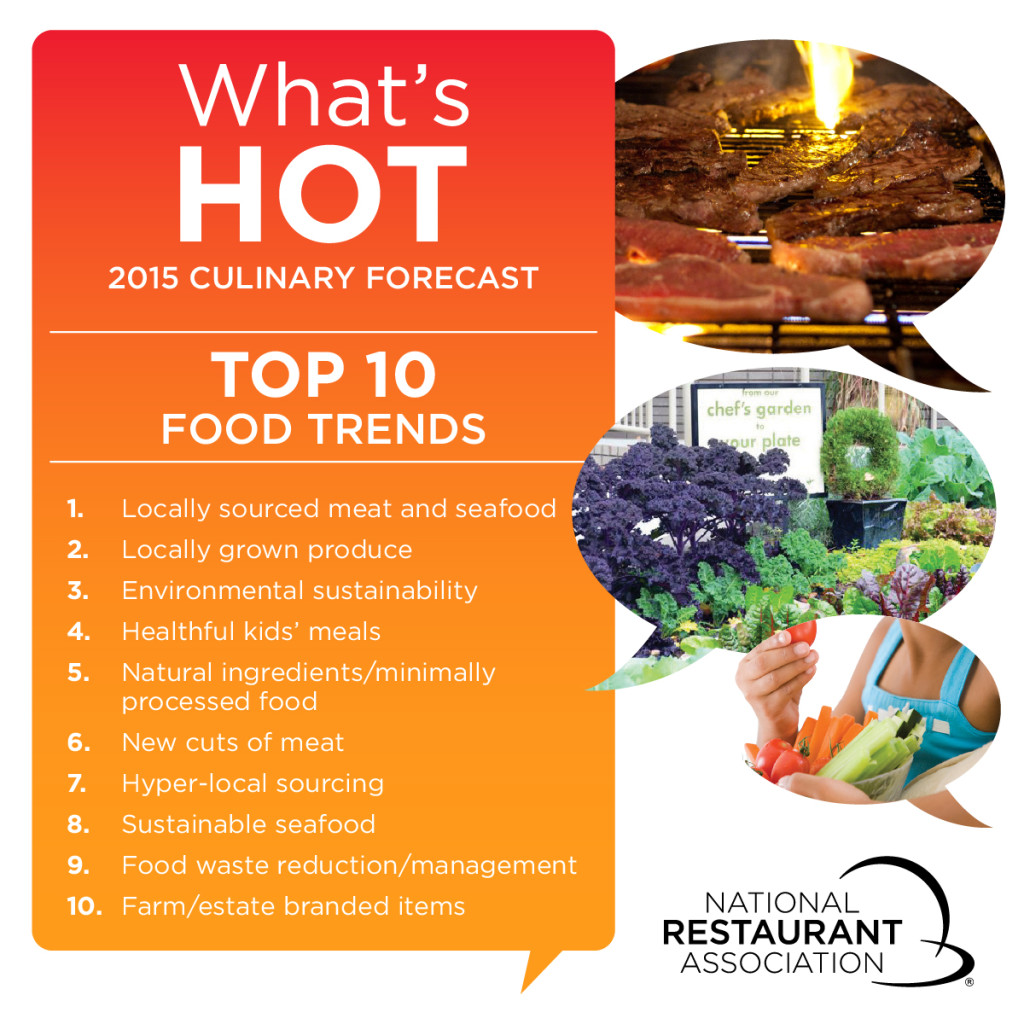 Image via the National Restaurant Association

Guest post by Lawrence Williams, Chairman of the Board – United States Healthful Food Council This is Part II of a new three-part guest post on the foodservice industry.

“Value meals” are a common marketing tactic to get consumers to buy—and presumably consume—more food and beverages than they might otherwise by providing a perceived “discount” on individual items. This strategy became commonplace in the fast food industry in the 1990’s, and was infamously lampooned in the Morgan Spurlock documentary “Super Size Me.”

In today’s society, with most people working increasingly long hours with little time to prepare meals at home, the foodservice industry has an unprecedented amount of influence over the American diet, and little to no transparency. But what if value meals became associated with health and sustainability instead of quantity and palatability?

The backlash of Millennials, Gen Y, and Z

I never thought I would see the day when kids would mock their parents in disgust for eating McDonald’s, but that’s exactly what I observed recently in—of all places—the Houston airport. There are actually many signs that the younger generation is demanding higher-quality food, and fortunately, it is also showing a willingness to pay for it.

According to the chain Dig Inn, it is serving more than 1,000 customers a day in some locations, at an average of $10 per check, and is fast becoming one of the biggest buyers of local produce in New York City—last year, the chain bought 124,000 pounds of kale and 142,000 pounds of Brussels sprouts. According to Dig Inn’s CEO, “we were trolling around and the high-level thesis that we were sort of trying to implement at the time was Americans are going to need to eat higher-quality, better for you food, this is a trend that Whole Foods is pioneering and it’s unfolding in front of our eyes.”

Since its founding, Chipotle has done a superb job of marketing its sustainability, but there’s an entire cadre of new emerging chains such as Dig Inn, Plant Cafe, True Food Kitchen and Sweetgreen that have created lifestyle brands centered around health and wellness. AOL founder Steve Case cited the “shift in America’s taste for fast-casual dining” to quick “healthy dining options” as part of the justification in his firm’s recent $22 million investment in Sweetgreen.

And in the same way that Starbucks made it mainstream to line up to pay five bucks for coffee, people are now lining up to pay ten bucks for an organic salad at places like Sweetgreen, Mixt Greens and Chop’t.

Pigs get fat, hogs get slaughtered

Despite the warnings that an “increased focus on healthy lifestyles” has been on the National Restaurant Association’s top food trends list since 2005—and virtually every trend for 2015 is related to health and sustainability—many people in the foodservice industry still see “health” as a dirty word and/or simply a fad that will one day disappear.

Distinguishing a long-trend from a temporary fad can be difficult, but there I tend to agree with a recent observation privately shared with me by a senior advisor to one of the world’s largest foodservice companies: food is to millennials what exercise was to baby boomers. And like exercise, once the mindset changes, it rarely goes back.

The following events, all of which have taken place in the past couple of years, are just a few of many indicators that the shift in American dietary preferences is already having profound impacts on the food and foodservice industries:

Actually, one need not look further than some of Jon Stewart’s frequent satire of the fast food industry to get a sense of the Gen X and Millennial conventional wisdom.

If you live in a major city—particularly on the east or west coast—it’s fairly easy to miss the fact that 2/3 of Americans are overweight or obese and over 10% of Americans are suffering from diet-related diabetes. Fortunately most trends (not fads) begin on the coasts, typically by consumers with the means to become early-adopters. But that can often take decades, and in this case, cost of millions of lives and billions dollars in associated health care costs. But what if there was a way to accelerate this shift?

In any industry, demand has the power to drive quality in the marketplace, but it often happens slowly, especially in a market as highly fractured as foodservice. (Over 600,000 restaurants in the United States and an equally large institutional foodservice industry.)

REAL Certified, or Responsible Epicurean and Agricultural Leadership was developed to aggregate like-minded consumers, who value quality, and use them to incentivize businesses that share these values. While this approach is unlikely to change the world overnight, “nudge” strategies such as this have proven to be highly effective in producing long-term, systemic change.

In the same way that the green building certification program LEED has over time helped to transform the entire construction and real estate development supply chain, we believe that REAL can ultimately make healthful and sustainable food the 21st century “value meal.”

Part I: Creating a Path of Least Resistance to REAL Food

Part II: The Foodservice Industry is Ripe for Disruption