Why the Foodservice Industry Is Ripe for Disruption 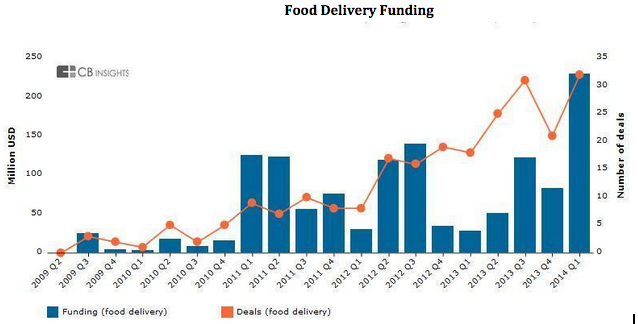 Guest post by Lawrence Williams, Chairman of the Board – United States Healthful Food Council This is Part II of a new three-part guest post on the foodservice industry.

The Internet and mobile technology have made it possible for entrepreneurs with startups to disrupt virtually every major industry. If one looks at how consumers spend their dollars, after housing and transportation—both of which have already been significantly transformed by new tech entrants—food is the obvious next target.

One indicator that foodservice is ripe for disruption and unprecedented change is the number of new entrants and investments—and at higher valuations than ever.

Another indicator that big changes are coming is the breath of new players, including veterans from technology and finance. A few years ago it was virtually impossible to even get a meeting with a venture capitalist to discuss a food-related venture, but today Kleiner Perkins, Khosla Ventures, Bill Gates and Jerry Jang are all investing in the food space. Former financier Adam Eskin recently closed a $15M Series C round for his “vegetable-forward” fast-casual restaurant Dig Inn.

So why the surge of new entrepreneurs and venture capital? For starters, the foodservice industry is big business, and investors understand it. The price-to-earnings ratio (P/E ratio), which is a ratio of a company’s current share price compared to its per-share earnings (profit), is considered a reflection of how the stock market values a company’s ability to grow and generate profit. When you compare the P/E ratio of high growth technology titans such as Apple, Google, and Cisco with major foodservice companies like Chipotle, Darden and Starbucks, it’s obvious that Wall Street likes food.

Even looking at the more conservative three largest contract foodservice suppliers (Compass, Sodexo and Aramark) and the comparable blue-chip Oracle, Microsoft and IBM, foodservice P/E ratios are still about 2X.

Notwithstanding, as discussed in Part I of my series on the foodservice industry,the food business is notorious for being extraordinarily challenging. Given the relatively low-tech nature of food and how mature the industry is, how is it that new entrants can disrupt entrenched companies that have household brands and significant international economies of scale?

Success in any business is ultimately achieved when revenue consistently exceeds costs. In the foodservice industry, unfortunately, there has historically been a tremendous amount of pressure and constraints on both sides of the equation. With the limited barriers to entry in foodservice, there is a constant pressure to decrease costs, which are generally comprised of rent, labor, equipment, and food. Food is the typically the only variable that is neither fixed nor sunk. And while real estate and wages have generally risen with inflation, Americans have become accustomed to spending less and less on food. 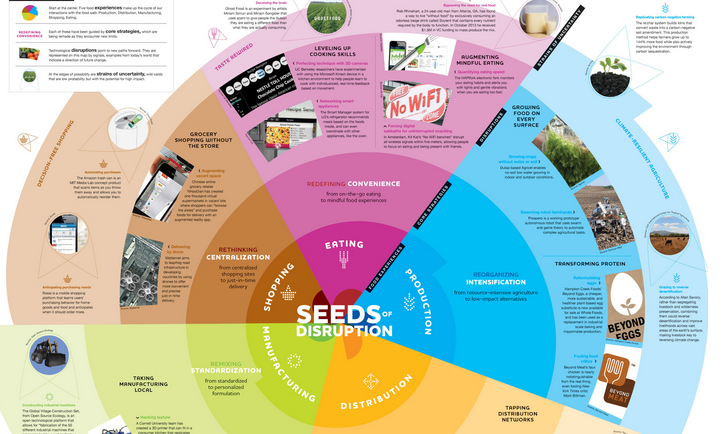 So what has changed? Many things. First, as I will discuss further in Part III “The New Value Meal,” an increasing number of Americans have decided they will happily spend—even stand in line—to spend their disposable income on higher quality food and beverages. As Safeway and Dunkin Donuts have figured out, Whole Foods and Starbucks were not aberrations.

Second, unlike prior generations who viewed dining out as a luxurious alternative to cooking, many people today view preparing a meal as the rare occurrence. So the market has responded with a boom of innovative alternatives such as Sprig, Plated, Blue Apron and Feastly to name a few. In an effort to recognize the new players that are utilizing nutrition and sustainability best practices, the USHFC recently REAL Certified the meal delivery company Power Supply.

Third, unlike the typical foodservice operations that are constrained by physical throughput (in a restaurant the number of seats and in a cafeteria, the number of students and/or employees), these new players can incrementally add low-cost, remote commercial kitchens without having to worry about keeping tables filled. In addition, many emerging fast casual chains such as Mixt Greens and ShopHouse have adopted the Chipotle “through-put model,” which is focused on moving people through a line instead of focusing on “butts in seats.”

With so much money pouring into the sector, many industry veterans have been expressing concerns about a “food bubble.” But unlike many new tech companies these days that spend millions building a technology and market traction before trying to “monetize,” food startups don’t have to convince people to pay to eat.

As Dig Inn’s CEO says, “Food has become the new technology sector. The incumbent folks are either going to go away, shrink, or pivot in some way.”

Previous – Part I: Creating a Path of Least Resistance to REAL Food
Coming next – Part III:  Redefining the Value Meal

About the Author
http://realcertified.org
Lawrence Williams is an entrepreneur who is passionate about technology, food and health. He is the Chairman of the United States Healthful Food Council, which manages the REAL Certified nutrition and sustainability food and foodservice certification program. He has dedicated his career to developing public-private partnership solutions to some of the world’s most vexing problems. Most recently, Lawrence helped Elon Musk and SpaceX collaborate with NASA to develop a domestic commercial crew and cargo program to replace the Space Shuttle. Prior to SpaceX, he was the lead for wireless pioneer Craig McCaw and Bill Gates’ Teledesic in negotiating the radio frequency access to make broadband access ubiquitous through the use of low-Earth orbiting satellites.
Previous Next
Adam Eskin, Apple, Aramark, Bill Gates, Blue Apron, Chipotle, Cisco, Compass Group, DardenS, Dig Inn, Feastly, google, IBM, Institute for the Future, Jerry Jang, Khosla Ventures, Kleiner Perkins, Lawrence Williams, Microsoft, Mixt, oracle, plated, Power Supply, REAL Certified, Seeds of Disruption, ShopHouse, Sodexo, Sprig, Starbucks, USHFC