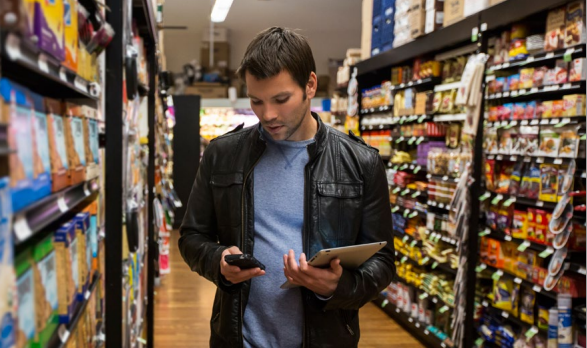 Since Webvan’s implosion in 2001, e-commerce has been almost unmentionable when it comes to food. But as mobile, social media and online shopping adoption grow, retailers and consumer product good (CPG) companies recognize that direct-to-consumer (DTC) strategies – sales and marketing – might just be their ticket to growth, finds Growth Strategies: Unlocking the Power of the Consumer, a recent financial performance report conducted by the Grocery Manufacturers Association(GMA) and PwC US.

“CPG companies that engage with consumers directly through digital channels and build out their direct-to-consumer processes will have the best advantage for creating new growth,” says Steven Barr, PwC’s US leader of retail and consumer industry in a press release.

The report argues that these strategies will enable companies to reach consumers, build brand loyalty and gain feedback about new products faster and more cost effectively. And the prospects of these approaches seem to be garnering industry-wide appeal, with more than 40 percent of CPG companies surveyed reported that they expect to sell products directly to consumers in 2013, up from 24 percent in 2012.

A report by Willard Bishop also finds that e-commerce food sales increased by 16.9 percent from $13.6 billion in 2011 to $15.9 billion in 2012, which it attributes to changing consumer habits, Amazon Fresh’s expansion and new “click and collect” online shopping models.

Implications For The Food Tech Ecosystem

Increased investment in DTC channels could mean a lot of strategic partnership and acquisition opportunities for food tech startups like NatureBox and Craft Coffee who are developing DTC sales channels and analytic platforms. NatureBox, for example, is a healthy snack food company that sells its products directly to its customers through online subscription packages. The company is recently raised $7.5 million to increase user acquisition and develop a more robust analytics platform. As NatureBox grows its product line, consumer base and analytics platform, it should certainly become an attractive acquisition prospect for both CPG companies and retailers.

Online farm-to-table grocers like Greenling, Good Eggs and Farmigo, as well as Door to Door Organics, Fresh Direct and Mile High Organics may similarly be attractive investments for retailers looking to get into or expand their e-commerce efforts. These companies are building active consumer bases and cultivating networks of local producers, which is no easy feat.

This space is still very much the ‘wild west,” but the reports findings indicate that it should be an interesting couple of years.

This article originally appeared in Forbes on July 31, 2013.