Freedman Got It Wrong 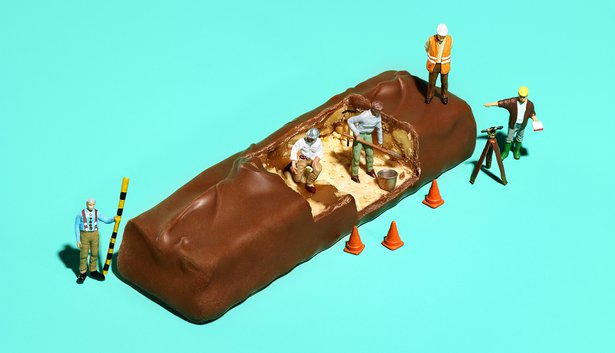 If you are passionate about fixing our food system, you have probably already heard of the cover story in this month’s The Atlantic magazine, “How Junk Food Can End Obesity.” Author David Freedman’s attack on the Michael Pollan-inspired “Wholesome Food” movement has already received many spirited responses.

While Freedman makes a few solid points, for the most part the article ridicules the good work of many while praising the flimsy efforts of McDonalds to offer healthier menu items. Over the course of this 10,000 word piece, Freedman’s arguments become so thin, it’s hard to keep track of all the places he’s got it wrong.

Our goal at Local Food Lab is to make it easier to start companies that are working towards a food system that is more healthy, just and resilient. So to save you time staying up-to-date on the latest thinking about food systems change, I’ve compiled a cheat sheet that highlights four ways that Freedman was wrong. Each one comes from a well-known food systems author. And since Freedman was kind enough to interview me for his piece and incorrectly characterize our work at Local Food Lab, I’ve included a bonus section, “Freedman Was Wrong About Local Food Lab.”

Freedman Was Wrong About Fat

Freedman begins his crusade against “Pollanites” (believers in Michael Pollan’s “Eat food, not to much, mostly plants” mantra) by noting that “many of the foods served up and even glorified by the wholesome-food movement are themselves chock full of fat and problem carbs.” He worries that as wholesome food chefs craft dishes focused more on pleasure and satiation than on ease of transportation and shelf-life, their offerings might become “stealthily obesogenic.” Not so fast, says Tom Philpott in an article for Mother Jones:

“The problem here is that there’s no real evidence that consuming fat, per se, causes obesity or related health problems. The French, for example, are famous for their love of butter, cream, eggs, and animal fat—but their obesity rates only started creeping up when they began to shun their traditional diet and embrace processed food.”

Freedman Was Wrong About Processed Foods

Perhaps anticipating that his argument against fat wouldn’t stand on its own, Freedman follows by stating that thanks to Wholesome Food movement leaders like Pollan and Mark Bittman, our “concerns about processed food have been magnified out of all proportion.” In a response piece in Grist, Nathanael Johnson reminds Freedman what Pollan actually advises:

“Pollan … counsels against eating processed foods because they tend to be stripped of fiber and packed with fat, sugar, and salt. Food companies add salt, fat, and sugar to their products because all act as preservatives at high levels, and all help food that’s lost its freshness taste better. The result is a frequently unhealthy mix of ingredients that shoot into the bloodstream as if injected.”

One of the strangest claims that Freedman makes is that a few hundred thousand Pollanites are somehow hurting Big Food’s attempts to offer healthier options to low-income customers. Daniel Engber’s response in Slate points out that foodie pressure is in fact the only reason Big Food has made any changes to date:

“But for all his faith in evidence and common sense, Freedman can’t provide a speck of evidence that reflexive shaming from the Pollanites has slowed the pace of junk-food innovation. Indeed, there’s every reason to believe they’re among its leading inspirations. When PepsiCo CEO Indra Nooyi announced in 2010 that her company would cut the average amount of added sugar per serving of its products by one-quarter in the next few years, she was responding to a shifting landscape of consumption and a philosophy of eating that was filtering down from foodies to everyone else.”

Freedman Was Wrong About Why The Wholesome Food Movement Exists

Finally, in a recent piece in Civil Eats, Tom Laskawy addresses Freedman’s most troublesome conclusion—that the Wholesome Food movement is solely about reducing obesity. As anyone who follows the quest for a better food system knows, Big Food has not only brought us higher rates of obesity and diabetes but also wide scale environmental and economic degradation:

“While the rise of obesity is the most obvious outgrowth of the corporate remaking of the food system, it is not the only one, and tying the food movement so closely to the fight against fat is proving problematic. Among other things, it allows writers like Freedman and Engber, not to mention politicians, to dismiss the whole kit and kaboodle as a fanciful notion that will be here today, gone tomorrow, with little if any lasting effect.”

After all of these thoughtful rebuttals it might seem pointless to take further issue with Freedman’s piece. Leave that dead horse alone already! But in its crusade against all things not McDonalds, the piece implicates our work at Local Food Lab (along with our friends at Edible Startups and Physic Ventures), stating that we are turning our backs on technology in favor of the “simpler eating habits of yesteryear.”

Like many of Freedman’s other assertions, this couldn’t be further from the truth. Technology is the most important ingredient in our mission to support food and farm startups. We both promote other companies’ technologies to the startups in our program, and create our own new technologies when we find pain points in the food startup process unaddressed by others (Food Lab News and StartSomethingLocal). And most crucially, the startups we work with are themselves pioneering new technologies to flip our conventional food system on its head (Hungry Globetrotter, ChefSurfing, Local Food Systems, My American Pantry, CorpCROP and more).

After working intimately with over 30 food startups I have yet to come across a single entrepreneur focused on bringing us back to the “simpler eating habits of yesteryear.” Rather, the startups we work with are passionate about creating something entirely new by mixing and matching old concepts with new methods of production, distribution and consumption (Valley Girls Foodstuffs, Brooklyn Bouillon, Spike Food Provisions and more).

It’s too bad that The Atlantic chose to publish this piece as its cover story, especially at a time when a small but growing group of young people are starting to consider careers in the new Food and Agriculture. Solving systemic problems as they relate to the food system will not be easy and I have no doubt McDonalds will have to play a role at some point. But I am certain that the bulk of true change we will see to the way we grow, process, transport and distribute our food will come from passionate entrepreneurs, many of whom will be Pollanites.

This article originally appeared on Local Food Lab on August 6, 2013.