How NatureBox Raised $10.5 M In 7 Months To Disrupt The Healthy Snack Industry 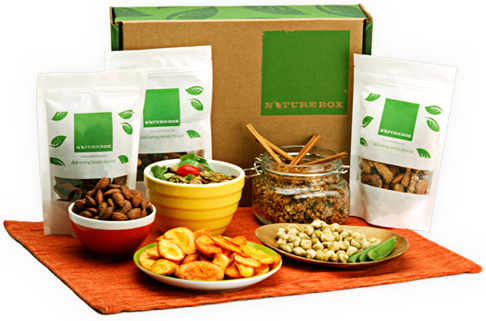 There’s nothing “lean” about how traditional packaged goods are developed and sold. It can take CPG giants 18 – 36 months on average to get a new product from ideation to the store shelf, I’ve been told by executives from various multinationals. And despite all of the time and money invested in development, 58 percent of new food and beverage products achieve only $7.5 million in sales their first year. And declining consumer confidence in the health and safety of our food continues to put pressure on companies to improve their engagement strategies.

Enter NatureBox, an online subscription service for healthy snack food that’s using direct sales, analytics and iterative development to get its products to market faster and cheaper than its incumbents. Last year, the company launched 60 products and shipped 50,000 boxes. This year, it projects it will add over 100 unique products and ship over 1 million boxes. And its average product development life cycle is 3 months, co-founder and CEO Gautam Gupta tells me.

Subscription boxes are popular these days. But while companies like Craft Coffee, Savorfull and even Walmart curate and package existing products, NatureBox takes a different approach. The company develops its own nutritionist-approved snacks and, for $20 per month, offers a monthly subscription box with five full-sized healthy snacks, like Banana Bread Granola and Whole Wheat Raspberry Figgy Bars in the Spice of Life Box. Larger subscription options are also available.

NatureBox is aggressively growing its product line, adding 5-10 new items per month. It’s able to do so by working with both internal and external teams to develop concepts and formulations, and with independent growers and manufacturers for production. The subscription model allows the company to forecast production volume, which helps minimize the amount of inventory it carries. Finally, because of the direct connection with its customer, NatureBox can sell, test and get feedback about its products in near real time.

One major challenge every brand has is securing retail shelf space, which can make or break a product launch. “We think that rather than spending months and months pitching retail chains and being beholden to the retailers to distribute our product, we can control our own destiny and accelerate our time to market by selling direct to the consumer,” says Gaupta. “And as we build that relationship with the consumer, we can potentially sell them additional items in the future and sort of create a much larger business for a lot less capital, because we’ve built this distribution channel and way of fulfilling demand.”

Over the last 7 months, NatureBox has raised a total of $10.5 million, following a $2 million seed round led by General Catalyst Partners.

What’s most attractive about the company’s vision to capitalize on unmet demand for healthy snacks in the $64 billion snack food industry?

“We felt the investment in NatureBox makes for an attractive investment because there is a sea-change ongoing around healthier living,” explained Neil Sequeira, managing director of General Catalyst Partners. “We have a number of e-commerce investments that are in the space and feel like Gautam, Ken and team are well positioned to win a multi-billion dollar category.”

The CPG world is also starting to recognize the importance of new e-commerce models, which could make NatureBox even more valuable as a potential acquisition. “CPG companies that engage with consumers directly through digital channels and build out their direct-to-consumer processes will have the best advantage for creating new growth,” said Steven Barr, PwC’s US leader, retail and consumer industry, in a press release for Grocery Manufacturers Association(GMA) and PwC US’s “Growth Strategies: Unlocking the Power of the Consumer” report. “Fifty-two percent of U.S. consumers are already buying directly online from brands they trust, proving that CPG companies now have far greater opportunities to walk alongside their shoppers in real time while driving sales of existing and new products.”

NatureBox is bringing some much needed innovation to the CPG industry and has all of the ingredients for a promising future. Food+Tech Connect will certainly be tracking this company as it grows.

This article originally appeared in Forbes on July 24, 2013.