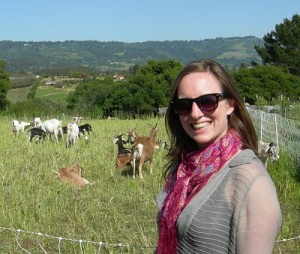 In a 1984 retirement speech delivered to his colleagues at Cargill, my grandfather called for a renewed focus on the people agriculture serves.

“What is good for producers and consumers,” he said, “is good for us.” His intention was to inspire a more efficient commodity business, but his message – that working in the interests of farmers and consumers will benefit the agricultural whole – resonates a quarter century later.

As we search for a way to transition on a large scale to a more diverse and vibrant farming and food culture, we must focus on transforming the relationship between farmers and the people they feed.

The distended relationship between farms and individuals is the fundamental problem in the food system we’ve inherited. Supply chains and the corporate cultures that house them keep information isolated. Choices about what to produce and buy are limited to what merchants will trade and processors will sell. The realities of agricultural production bewilder the quarterly projections of Wall Street.

Yet efforts to circumvent the prevailing order abound. As Joanne Wilson rightly points out in this series, farms that traditionally depended on wholesale buyers increasingly turn now to direct markets. Farms do better when they plan crops, set prices, and choose markets based on intelligence from the people who actually eat their harvest. They also claim more of the dollar spent on their food when they sell directly to individuals (though because of inefficiencies in farmers’ markets and CSAs the profit margin on that dollar is not much higher than it is when a farmer sells wholesale).

Despite their proliferation in recent years, these alternative models present substantial barriers – namely the cost to farms of finding and reaching a large customer base – that limit their widespread availability and benefits. Technology has the ability to level the barriers and move alternative models beyond the niche.

That technology has not yet turned the food industry on its head indicates how much complexity the food system presents. Reforming how we grow, seek, and consume food has meaning for our culture and our humanity that de-institutionalizing the rental car and hotel industries do not. Agriculture touches seven billion people with as many different palates, preferences, and nutritional needs. While technology has carved into the markets, products, and identities of almost every other sector, farming and food defy easy solutions. Environmental health, human health, economic relationships, market structures, personal histories, and food cultures are colorful and sometimes conflicting strands of the agricultural dilemmas we face.

To make lasting change in the agriculture and food sector, we need to prioritize two things: farms’ profitability and the affordability of food for households. We need to shift the balance of the consumer dollar to the farmer – the participant in the food system that serves the most critical function, takes on the most risk, and makes the choices that have the largest influence on the environmental, nutritional, flavor, and quality profile of the food we eat. The best way to do that is to give farms a way to sell their harvest directly to individuals.

The dual objectives of farms and their customers doing better go hand in hand, and to accomplish both we need to restructure markets. Companies that play in the middle of the agricultural supply chain do best when producers and consumers are separated by time, place, and information. In contrast, by giving producers and consumers a platform that coordinates transactions and the movement of goods from farm to household, Plovgh provides one example of how technology can make widely available the benefits of alternative markets that CSAs and farmers’ markets already provide on a small scale. Applying technology to models that restore the connection between farmers and the people they feed has the potential to make an already disruptive trend a new standard for agriculture.

Elizabeth McVay Greene is a founder of Plovgh. She focuses on the role that technology can have in enabling a healthier agriculture and food system. While a graduate student at MIT, she worked with organizations ranging from a start-up in India that certifies small organic farmers and exports cotton and spices, to multinationals designing sustainable agriculture strategies. She helped launch the MIT Food and Agriculture Collaborative and is the organizer of the Food+Tech group on Meetup.com. Her commitment to food and farming springs from a long-held love of the land and concern about human beings’ ability to sustain themselves and their environment for generations to come. Elizabeth has a B.A. from Columbia University and an M.B.A. from MIT Sloan School of Management.