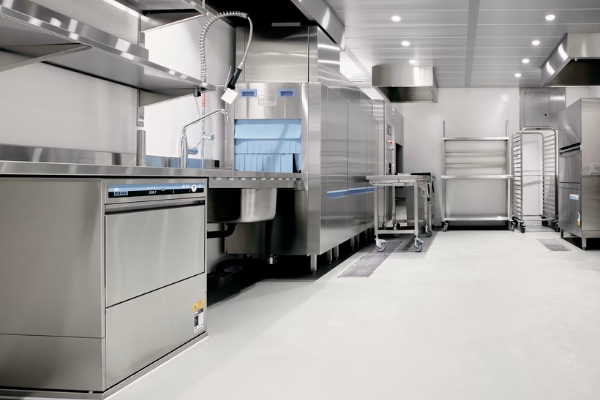 Layoffs, shutdowns and cuts across food tech are getting serious, and no sector underscores that more right now than restaurant tech. One CEO, Chris Webb of ChowNow, believes that while business is strong for now, everyone is nervous about what the coming months will bring, and this dynamic has created the widespread layoffs we’re now seeing. ChowNow itself just cut nearly 100 employees, and several others including NextBite, Sunday, and DoorDash, also had to make some tough choices.

In brighter news, climate-forward companies continue to raise money activists are using a Covid-era tool to help feed families in need due to inflation.

CEO Chris Webb believes that layoffs will continue throughout the summer as the industry stays nervous about what’s in store for the future.

Just 18 months after acquiring robotic salad-maker company Chowbotics, DoorDash is shutting the startup down. “Sally” robots, as they are called, were not meeting internal company benchmarks, according to DoorDash.

GoPuff Cuts 10% of Its Workforce – CNBC

GoPuff is the latest in a string of “quick commerce” startups making staff cuts and restructuring moves. GoPuff says it will also close 76 of its fulfillment warehouses.

Sunday will shut down operations in four of the seven markets it recently expanded to: Spain, Portugal, Canada and Italy. The company did not confirm the exact number of layoffs it will make.

As heat waves strike Europe and China, crops are withering.

7. Why Precision Fermentation Is in the Non-GMO Project’s Crosshairs – Food Dive

The certification and advocacy group says that there are lots of unknowns about the the precision fermentation process in dairy production. Alternative dairy companies like Perfect Day say there is nothing to fear.

As the alternative protein industry matures, it is increasingly under attack from food industry lobbies and interest groups. Green Queen analyzes the situation to separate fact from fiction.

9. Would Carbon Labels Change the Way You Shop? – Financial Times

10. True ‘Carbon Farming’ Requires Deep Roots — In the Ground and in Community – Grist

To make a difference for the climate, much of that carbon we put in the ground via regenerative farming has to stay underground for a long time.

This is Shore Capital’s second food- and beverage-focused fund. It will target companies in manufacturing, distribution, packaging and other areas with $5 million to $100 million in revenue.

Copenhagen’s Geranium takes the No. 1 spot, with Virgilio Martínez Véliz’s Central in Lima No. 2.

In response to Eater’s article, more than 100 current and former Blue Hill employees have signed a letter saying Eater’s portrayal of the restaurant “does not reflect our experiences and paints a false portrait that we do not recognize.”