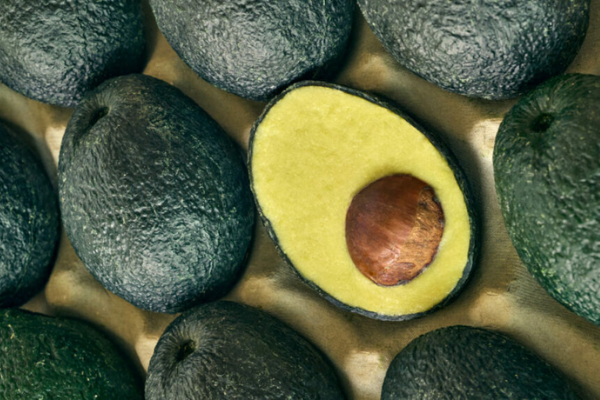 We may someday enjoy avocados without contributing to the environmental issues surrounding this energy- and water-intensive crop. Arina Shokouhi, a recent Material Futures graduate from University of Arts London’s Central Saint Martins college, just unveiled the “Evocado.” This avocado alternative is made using ingredients found in Britain, including broad beans, hazelnuts, apple, and rapeseed oil.

Elsewhere in foodtech, leather alternatives are multiplying as startups reveal materials made from mycelium, tamarind pods, and other natural resources.

The latest leather alternative has been developed by UAE-based Egyptian architect Nuhayr Zein. The material is made from the dried pods of Leucaena, also known as river tamarind.

Regi Haslett-Marroquin of Minnesota’s Salvatierra Farms discusses a blueprint for how we can collectively transform the agriculture sector based on regenerative thinking.

4. Fun Guys Can Keep the Sun Off with MycoWorks’ New Mycelium-Based Hats – AFN

The startup has launched a line of hats made from its Reishi alt-leather product in partnership with Los Angeles-based milliner Nick Fouquet.

In the midst of the current cost-of-living crunch, companies like Grubhub will be judged on whether they meet margin, not growth, targets. Companies are reducing costs and exiting unprofitable markets in response.

The current waves of unionizing suggest that it’s time to update the social contract underlying our economy and treat essential workers as though they are truly essential.

The company uses mushroom root to recreate products like chicken breast, jerky, and steak. Series C funding from Revolution Growth, Chipotle, and others will go towards finalizing a new production facility.

As countries around the world fight extreme heat, UN Chief António Guterres tells governments that “half of humanity is in danger zone.”

Circle K, Simon Property Group and Restaurant Brands International also participated. The ghost kitchen operator plans to expand from 15 locations to over 500 locations over the next five years using many malls, shopping centers and supermarkets operated by new investors.

Researchers in China say they have developed a “cell factory” to industrialize production of cultivated meat. Their cultivated meatballs were found to be “substantially higher” in protein than Chinese pork meatballs in a comparison.

FreshRealm specializes in ready-to-eat and ready-to-cook meal kits sold in grocery stores. Funding will go towards investing in tech that can strengthen supply chain and sourcing issues.

Plant-based diets have plenty of health benefits. But like most things on the internet, a grain of truth gets stretched far beyond the bounds of what science can actually prove.

The threat to Americans’ lives posed by climate change is urgent and severe, and requires more commitment than it’s getting from elected members of government.

Indigenous leader and activist from the Brazilian Amazon Txai Suruí writers that her peoples’ mission to protect nature is becoming impossible thanks to corporations that see the land as commodities.

A new report from the Imperial College London compared estimates of stored carbon with official reports. The latter overestimate actual carbon stored by 19% to 30%.