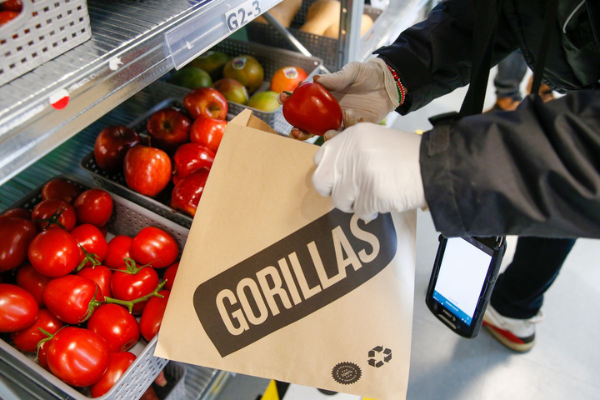 The so-called “instant” grocery delivery sector has undergone some serious ups and downs this month. Widescale layoffs and restructuring as well as cooling investor sentiment have occurred at the same time companies continue to land mega-deals.

This week, Indian food delivery giant Zomato said it would acquire quick-commerce startup Blinkit for $568 million, and DoorDash launched a new quick delivery service with grocery retailer Loblaw. On the other hand, many say this is still a very niche corner of the food industry with no mass market appeal or real path to profitability.

In climate news, new data from a Google Fellow finds that areas of the US that produce the most food are also experiencing the worst temperature increases.

India-based food delivery giant Zomato can leverage the deal to strengthen its instant grocery ambitions. Blink will retain its own separate branding and app.

2. Here’s The Latest Data On Climate And Food And It’s Not Good – Forbes

Agricultural areas are among the places in the US experiencing the highest temperature increases, according to new data from Google Fellow  R.V. Guha. Almonds, olive oil and specialty produce from California are especially impacted, along with citrus and salad greens.

According to a new report, less than 2% of adults in the US will pay a premium fee for the so-called “instant” grocery delivery. As the report states, there is still no mass demand for such quick turnaround times for groceries.

The team says it has successfully developed a full-length, triple helical and functional collagen made from its own proprietary cell lines. The announcement comes as demand for collagen in foods, beverages, vaccines, and other products continues rising.

Grocery retailer Loblaw is partnering with the delivery company to launch PC Express Rapid Delivery, a service that delivers groceries in 30 minutes or less. The service is also the launch of DoorDash’s Rapid Delivery program.

Starbucks, DoorDash, Grubhub and Yelp will cover employees’ travel expenses to get abortions and other medical procedures that have been banned in their home states. The companies announced their policies in the run-up to last week’s Supreme Court ruling overturning Roe vs. Wade.

8. What Would a New Model of Conservation Look Like? – Offshoot

The world needs to shift from a spacial understanding of conservation to a rights-based understanding, where success is measured by more tenure rights for the Indigenous communities already stewarding and protecting the land.

9. Shell Plans to Power IndyCar With Food Waste in the Future – Forbes

Shell will introduce 100% renewable race fuel made from food waste for Indianapolis 500 cars starting in 2023. The new fuel is a blend of second-generation ethanol made from sugarcane waste and ‘other biofuels.’

10. How Can Global Agrifood Build Resilience? Look to Ukraine – AFN

The geopolitical situation in Ukraine has exacerbated the growing number of problems brought about by climate change. The rest of the world should take a cue from Ukraine’s farmers as the battle against climate change escalates.

11. Gorillas Expects to Be Profitable in 12 Months – Bloomberg

The quick grocery startup has turned its focus to talks of profitability in the wake of a broader market downturn.

The company is developing a clean-label preservative derived from mushrooms and will use the Series A fundraise to open a new production facility this fall.