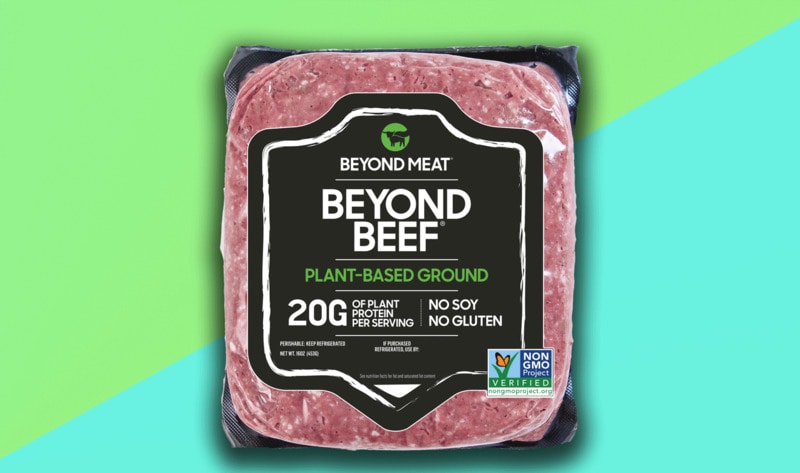 We launched our 2018 U.S. Food & Beverage Startup Investment Report today, which finds that $1.45 billion dollars was invested across 200 reported deals in 2018. Read the full report here.

After soaring nearly 300% above its initial IPO price, Beyond Meat debut its Beyond Beef product in select Whole Foods. The sweeping headlines were followed by the launch of Tyson Food’s long-anticipated line of alternative proteins, Raised & Rooted.

Berlin-based vertical farming startup InFarm has closed a $100 million round to expand its geographical footprint. Sweetgreen has made its first-ever acquisition, merging with meal-kit startup Galley Foods for an undisclosed sum. Canada-based Field Trip Ventures has been making waves as the world’s first venture fund dedicated to psychedelics.

Last but not least, Canada has announced plans to ban all single-use plastic by 2021. Meanwhile, Trump has signed an executive order for the USDA, FDA and EPA to ease rules for approving genetically modified crops and agricultural biotechnology.

The company announced via social media that it is beginning to sell its Beyond Beef product in select Whole Foods.

Field Trip Ventures wants drugs like LSD, psilocybin and MDMA to become the “new wave of the path that’s been created by cannabis.”

The round is led by London VC Atomico. The capital will be used to further scale the company’s growth in Europe, the US and beyond as well as grow the R&D, operational and commercial teams.

Both of the DC-homegrown companies will merge in sweetgreen’s first-ever acquisition for an undisclosed sum. Sweetgreen will leverage the meal delivery startup’s logistics tech, live courier operations and high-volume production.

Aiming to satisfy demands of flexitarians, Tyson’s will debut the hybrid meat-plant patties, hybrid chicken-plant sausages and meatballs and a plant-based chicken nuggets substitute this year in grocery stores as well as restaurants.

Trump signed an executive order directing the USDA, FDA and EPA to ease rules for approving genetically modified crops and other agricultural biotechnology.

Beyond Meat surged 160% in its first day trading on the public markets and has soared nearly 300% above its initial public offering price.

9. What You Need to Know About Chewy’s IPO – Forbes

The online pet supply retailer is expected to IPO on June 14. At a price range of $19-21 per share, the company plans to sell up to $112m, while controlling shareholder PetSmart plans to sell an additional $720m.

The company known for its high-intensity sweeteners is bringing food industry knowledge and know-how to produce ingredients out of the substance.

Canada will ban single-use plastics as early as 2021.

The company is launching a new plant-based packaging system that rivals plastic in both use and cost. The new compostable food container technology comes via the acquisition of Pivot Packaging. Terms of the deal were not disclosed.

Ÿnsect has been awarded a €20m grant from the European Commission and a €3.7b European public-private partnership to build an industrial-sized facility in northern France.

16. Amazon Is Descending on New York with Another Cashier-Free Store – CNBC

The new 1,700-sq-foot store in Midtown Manhattan went into operation Tuesday. It is the 13th Amazon Go location in the US.

The news comes after the Federal Aviation Administration awarded Uber and San Diego, CA the right to test commercial delivery via drone.

18. LaCroix Slammed with New Lawsuit Alleging Execs Sparred Over Whether to Falsely Claim Its Cans Were Free of BPA – Business Insider

A new lawsuit that claims the president of its parent company, National Beverage Corporation, planned to falsely state that its sparkling water cans were free of BPA.