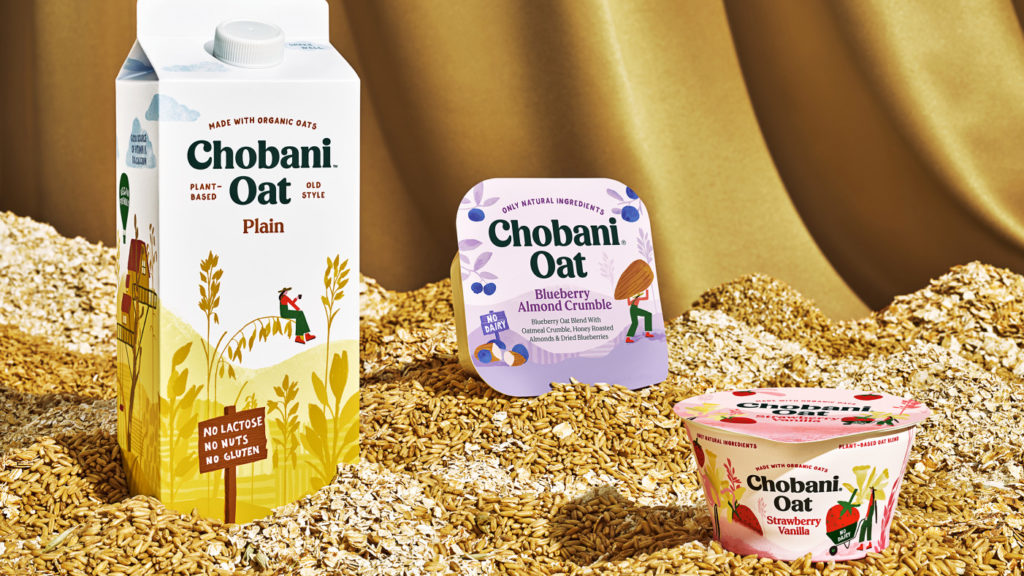 Plant-based dairy has made headlines this week. Chobani, America’s top seller of yogurt, is debuting a product line dedicated to oats. Ellen Degeneres and Portia de Rossi have invested an undisclosed sum to Miyoko’s as the brand prepares to release new vegan cheeses and butters.

In retail news, Kroger has partnered with Berlin-based startup, Infarm, to launch in-store farms at its Seattle locations. It plans to roll out 13 more by March of next year. Meanwhile, Amazon has announced plans to open cashierless grocery stores next year.

1. Amazon Is Planning to Open Cashierless Supermarkets Next Year – Bloomberg

Amazon is preparing to open Amazon Go supermarkets and popup stores, an expansion of the company’s cashierless ambitions that includes the possibility of licensing the technology to other retailers.

2. Chobani’s Empire Was Built on Greek Yogurt. Here’s Why Its Next Move Is Oat Milks – Fast Company

The top seller of yogurt in America is plowing into plant-based foods. Fast Company has an exclusive look at the germination of the Chobani Oat line, launching in January.

3. Kroger Brings Farming to Its Stores in Push to Get Greener (and Sell More Kale) – Bloomberg

Kroger’s deal with German startup Infarm includes two Seattle-area stores with plans for 13 more to come online by March of next year. While this is Infarm’s first stateside venture, it has more than 500 farms at more than 25 retailers internationally.

The couple’s investment will help support the brand as it prepares to release new vegan cheeses and butters. Financial terms were undisclosed. Miyoko’s also said it would partner with California farmers who want to transition from milking cows to growing crops for creating vegan alternatives to milk, cheese and yogurt.

With new details emerging about Amazon’s confirmed launch of a brick-and-mortar grocery in a Los Angeles suburb, experts weigh in on how the forthcoming chain might unsettle established retailers.

6. Oceans Can Feed the World with Better Management and Policies – Food Dive

Better management could lead the ocean to provide six times more food than it does today and furnish two-thirds of the animal protein required to feed the global population of 2050.

7. Bumble Bee Is In Talks to File for Bankruptcy and Sell Itself – Los Angeles Times

Two years after Bumble Bee Foods pleaded guilty to price-fixing, the canned tuna producer is in talks with seafood industry peer FCF Fishery to buy it during a bankruptcy reorganization.

8. A Futuristic Farming Startup Raised $260M from Jeff Bezos and SoftBank on the Promise of Upending Agriculture. Insiders Are Raising Questions – Business Insider

Seven former employees told Business Insider that Plenty’s leadership repeatedly touted expectations for the company that did not materialize during their time at Plenty. Four of the people said they felt unsafe at work on more than one occasion.

Investment was led by Founders Fund. The startup aims to move users off medicated sleep aids, using a combination of traditional herbal supplements and improvements to sleep hygiene.

The startup has raised $5.6m from investors including Alexis Ohanian of Initialized Capital, Will Smith, Nas, Brand Foundry, and others. It plans to start selling its first products in January.

11. Your Gut Is Directly Connected to Your Brain, by a Newly Discovered Neuron Circuit – Science Mag

A new study reveals the gut has a more direct connection to the brain through a neural circuit that allows it to transmit signals in mere seconds. The findings could lead to new treatments for obesity, eating disorders, depression and autism.