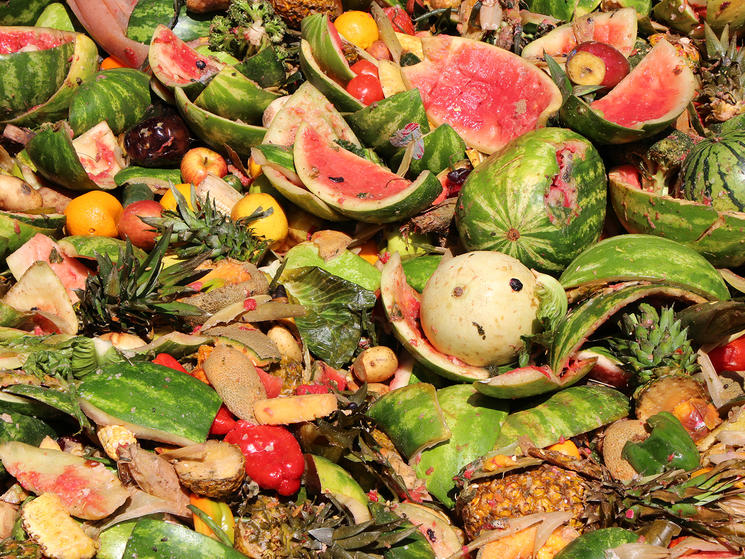 Big news dropped this week that Amazon will be opening its second headquarters in Long Island City, New York and Arlington, Virginia. Some in the tech world are excited about the talent the tech giant will attract to each city, while others are concerned about the large subsidies and impact on housing costs. Expects lots of debate on this in the coming weeks and months.

After a $200 million cash infusion from Fidelity Investments, Sweetgreen has officially reached unicorn status. Now, it’s setting its sights on becoming a platform. Expect to see the company venturing into new food categories and investing more heavily in its tech and supply chain.

In other news, food waste startups raised over $125 million since the beginning of 2018, according to a ReFED report.

Blue Apron and Starbucks had a tough week. Blue Apron’s revenue has dropped 28 percent since the same quarter last year, forcing the company to lay off 4 percent of its workforce. As a result its stock dropped 6 percent. Blue Apron’s stock has lost nearly 90 percent of its value since it went public last year. Starbucks laid off 350 of its senior executives in an attempt to boost profit.

2. Why $200 Million Will Make Sweetgreen The Next Big Thing In Delivery (And, Yes, A Unicorn) – Forbes

Sweetgreen has raised a $200m financing round led by Fidelity Investments, valuing the company at more than $1b. Sweetgreen will use this funding to expand into other food categories, as well as to invest in its supply chain, technology and social impact.

3. Blue Apron’s Stock Falls 6% After the Meal Delivery Company Lays off 4% of Its Workforce – Fortune

As revenue fell 28 percent from the same quarter in 2017, the layoffs are an effort to push the company closer to profitability.

Amazon chose the country’s two most powerful metro areas for its new headquarters. The choice signals the company’s vast ambition in policy, media, and physical retail. But what will residents of Arlington and New York get in return?

The Brazilian technology conglomerate has just raised one of the largest rounds ever recorded for a Latin American startup, pulling in an additional $400 million for its iFood subsidiary from existing investors, including Naspers and Innova Capital.

Acreage Holdings joined the ranks of U.S. marijuana stocks trading in Canada Thursday, after completing a deal to go public that values the company at $2.8 billion and installs former House Speaker John Boehner and former Massachusetts Gov. Bill Weld on the board.

Second Cup Ltd. has identified more than 20 Ontario locations that it hopes to convert into pot shops as the coffee chain undergoes a strategic review.

Honeygrow, a fast casual stir fry and salad chain based out of Philadelphia, announced last week that it would be exiting the Chicago market, closing down several locations in New York and D.C., and pulling back on all expansion efforts in 2019.

In an attempt to boost profit and appease apprehensive investors, Starbucks is laying off nearly 350 corporate employees.

The direct-to-consumer brand launched a healthy cookie last week, and this week it is opening The Refueling Station, an interactive retail space