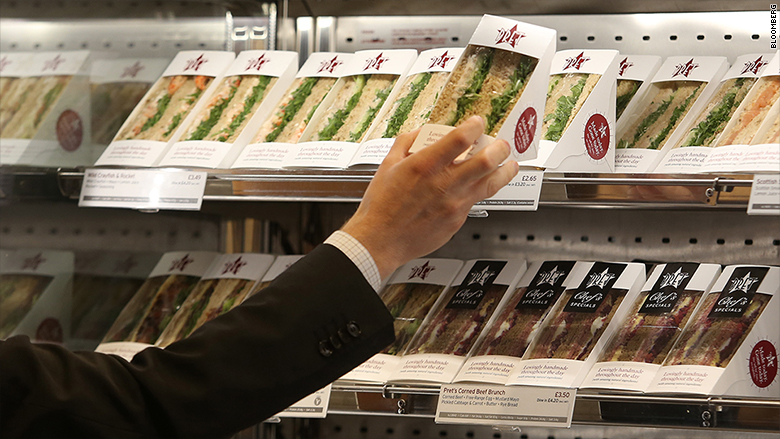 The US justice department has officially approved the $66 billion takeover of Monsanto by Bayer. The merger will create the world’s largest seed and pesticides maker.

JAB Holding Co has further broadened its control over the grab-and-go market with an acquisition of Pret A Manger, taking the chain nationwide. PepsiCo has swallowed Bare Foods for an undisclosed sum in a move to further increase its healthy food offerings. SnackNation has closed a $12 million round to scale its direct-to-consumer business and enter new distribution channels.

And finally, large and growing companies like Ben & Jerry’s, Foodshed.io and Walmart have been placing bets on blockchain in hopes of increasing efficiencies and safety measures in the food supply chain.

1. Bayer Wins US Approval for Monsanto After Two-Year Quest – Bloomberg

Bayer won US antitrust approval for its $66b takeover of Monsanto, clearing the last major regulatory hurdle to forming the world’s biggest seed and agricultural-chemicals provider after a nearly two year global review.

JAB Holding Co. which also counts Peet’s, Stumptown Coffee and Panera Bread among its brands, plans to expand Pret throughout the US in an effort to dominate grab-and-go.

The deal is the latest move by the food and beverage conglomerate to increase its offerings of healthy snacks.

4. SnackNation to Expand Beyond Offices with $12M Investment – Project Nosh

The Series B round was led by 3L Capital and will be used to expand into new distribution channels, such as hospitality and transportation and scale its direct-to-consumer business.

5. Ben & Jerry’s Bets on Blockchain to Cancel Out the Carbon in Every Scoop – Forbes

The company is working with the Poseidon Foundation to use blockchain to break carbon credits into micro-transactions that can be attached to every scoop of ice cream.

The acquisition will allow Dirty Lemon to begin providing text message-based brand-to-user interactions that the weather app had been building out over the last few years. Terms of the deal were not disclosed.

The startup will use the Series B proceeds to expand across Europe as it targets the multi-billion-dollar weeding market globally.

Alibaba’s online meal giant Ele.me has been cleared to use drones for delivering orders in Shanghai’s Jinshan Industrial Park. The move is said to lower operating costs and increase income for existing couriers.

10. Walmart Steps Up Its Commitment to Blockchain – Chain Store Age

The company has filed two patents that allow customers to resell products on a digital marketplace and another will help Walmart better facilitate customer deliveries.